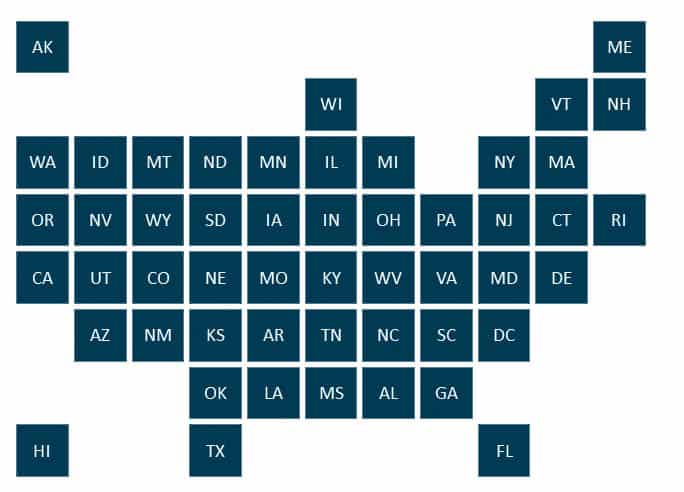 Sports betting in the United States has changed dramatically since May of 2018 when PASPA was repealed. In fact, the changes are taking place so quickly, it's actually a bit challenging to keep up.  This is not a bad thing though - it means that the sports wagering industry is expanding to fill the void that US bettors have felt for the last several decades, and state lawmakers are on board for the most part with pioneering the launch of the domestic US sports betting industry.

Following PASPA's nullification, state-regulated sports betting has come onto the scene to provide a second avenue for betting along with the handful of trusted offshore sportsbooks that have legally and reliably provided their betting services to American sports fans for decades. To assist in helping everyone stay in the know regarding which states allow or prohibit these different forms of sportsbook gambling, we've broken the information down in a few different ways.

Where Is Sports Betting Considered Legal In The United States?

Before May 2018, only one state had full-service state-regulated sports betting options, that state being Nevada. At this moment in time, the number of states offering legal domestic sports betting is 19. In addition, US players are permitted to access offshore sports betting sites in most states except in Washington where lawmakers have established state laws outlawing access to all forms of online gambling. Residents in every other state can legally access offshore sportsbooks without violating any type of state or federal laws.

List Of States That Have Already Legalized State Regulated Sports Betting as of February, 2023

What states offer legal sports betting locally? Currently, more than 20 US states have legalized state-regulated sports betting options, though you can reduce that number by one if you consider the tribal loophole used by New Mexico Indian nations to not qualify as specific state approval.

A significant number of states have passed legislation to authorize sports gambling in their state but have yet to launch any sportsbooks while additional states have legislation pending.

List Of U.S. States That Don't Criminalize Offshore Betting in 2023

Even if you don't live in one of the above states which have passed legislation to legalize sports betting, there are still plenty of options to bet on sports while remaining within the confines of the U.S. law. The most important thing to understand on the legal side of things is that there is only 1 state which specifically makes gambling via an offshore site illegal - Washington. So you won't be breaking any laws if you reside in any other state and choose to bet with an offshore sportsbook.

One state has taken an extra measure to strengthen their enforcement of anti-gambling laws to keep their residents from engaging in any form of gambling on the Internet, including online sports betting:

WA is the only state that has taken this approach as of early 2022, and has specific state laws that outlaw all forms of gambling on the Internet, regardless of the source. Their prohibition of online sports wagering does not mean that they won't legalize state-regulated brick-and-mortar sportsbooks, as Washington just passed a sports betting bill.

There are also a few states that have enacted laws specifically to prohibit state-regulated sports wagering, including:

We've seen that this can change as well, as Hawaii and Vermont already have pending sports gambling bills in their legislature.

The United States Department of Justice issued a Formal Opinion in 2011 clarifying that the Wire Act only pertained to US-based online sports gambling businesses. This freed up states to issue legislation that would legalize online casinos and poker.

However, the application of this law changed in 2018 with the repeal of PASPA and again in 2019 with another clarification of the law's reach post-PASPA.  Now the Act simply prohibits any interstate gambling transmissions for all state-regulated gambling, meaning that state gambling businesses are not permitted to accept wagers across state lines. This interpretation is being challenged in court, so the application of the Wire Act could change yet again.

Until its repeal in May of 2018, PASPA was a federal ban that superseded states’ rights. There was an argument against the ban stating that it violated states’ constitutional rights. PASPA prohibited states from authorizing or licensing sports betting enterprises themselves. After being sued by the major sports leagues in the US, NJ decided to do something about PASPA.

New Jersey was victorious in their historic Supreme Court case where they are argued that PASPA violates their rights as they tried to authorize sports betting in 2014. SCOTUS ruled that PASPA was indeed unconstitutional and rendered the law null and void and has therefore placed the authority to regulate sports wagering into the hands of the individual states.

After the PASPA ban was lifted states started legalizing domestic sports betting at alarming rates. Today more than 1/2 the US states offer some form of legalized sports betting. Even sports betting in Puerto Rico, while technically not a state, has been authorized. 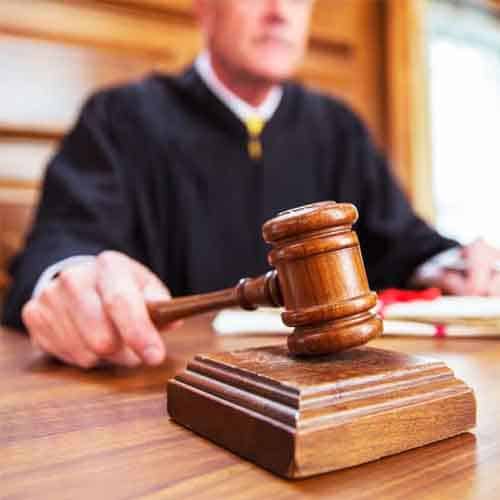 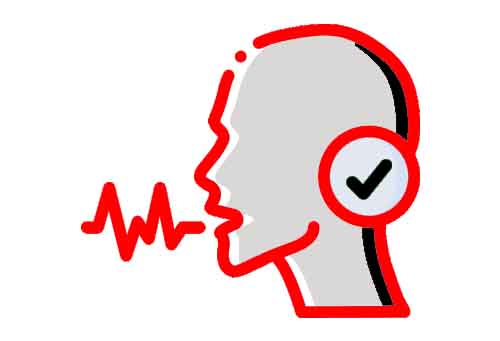 You can help with the ongoing US sports betting legal disputes by contacting your state representatives and encouraging them to vote on matters you support. Contact your state representatives and tell them to support sports betting legislation. If you visit our state bill tracker page - you will see a map with all the states.  If you click on that map you will see a list of all pending bills for any given state.  If a state is not 'clickable', you will know there are no sports betting bills pending for that state.

Understanding The Legal Gambling Age Of Each State

One of the most stringent protocols for any gambling sector is age verification. States have gambling age requirements to prevent minors from gaining access to both brick-and-mortar and online gambling platforms. Most states have a minimum gambling age somewhere between 18 and 21.

However, most state-regulated sports betting platforms that we've seen launched require participants to be at least 21 years old, but there are a few exceptions. Be sure to check with your state’s gambling laws or our state gambling age resource before participating in gambling to ensure you are within your legal limits.

Sports Gambling - By The Numbers

Be the legal situation as it may, sports betting still happens. American bettors are flocking to regulated offshore sportsbooks or illegal online and offline bookies to place their wagers. Sports gambling is a billion-dollar industry.

To put things in perspective, check out this information provided by the American Gaming Association of sports betting statistics from Super Bowl LIV (2020).

The AGA is also estimating that a total of over $40 billion will be wagered on MLB games during the next season. Imagine if this type of revenue was being regulated. Since the market already exists, why not put regulations on it to make it work towards our mutual benefit?

To learn more about state gambling revenue, see our guide to sportsbook revenue by state, where we go into detail about each state's services and the money the local gambling industry is generating.

What The Future Holds For Legal Online Sports Betting In America

Since 2018, we've seen multiple states authorize state-regulated sports betting, many states including online and mobile betting in the approved services. In addition, placing bets at offshore sportsbooks that are operating legally is still a legitimate option for US bettors.

If you happen to be in a state that hasn't yet taken steps to move towards local sports gambling, then one thing that can make a difference is for residents of the state to speak up. Contact your state representatives.  Find like-minded individuals to bolster your influence with lawmakers. Remember, they work for YOU!!  You can take the poll below and see where public opinion lies concerning the expansion of domestic sports betting in the US.