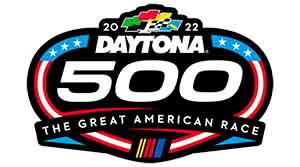 Every year, the NASCAR Cup Series starts off with a bang as the Daytona 500 – the first points race of the season – gets underway at the Daytona International Speedway in Daytona, FL. As you’d expect, legal Daytona 500 betting also starts off with a bang, but it does so long before the race itself, with the top online sportsbooks posting plenty of NASCAR futures odds and other legal NASCAR betting lines a month or more before the green flag actually drops.

As the biggest NASCAR event of the year, the Daytona 500 race is unique in that it’s held at the beginning of each season, not at the end. For motorsports betting fans, there’s huge value in this model, as it makes the gambling interesting right from the get-go. The Daytona 500 has the biggest purse in the sport by far, and if you know where to bet on the Daytona 500 online, you can maximize your purse, too – with no restrictor plates and no restrictions!

Best Legal Online Sportsbooks For Betting On The 2023 Daytona 500

Is It Legal To Bet On The Daytona 500 Online?

Yes! You can legally bet on the Daytona 500 through several avenues. In US states with legal sports betting at the domestic level, Daytona 500 odds and racing futures are a hot commodity in the month or so leading up to the race. Because the Daytona 500 is held right after the Super Bowl, Daytona 500 odds might not be the first thing on your mind once they’re posted, but they’re there for the taking!

It is also legal to bet on other auto racing events, with legal betting on IndyCar racing also garnering a lot of interest from racing fans. 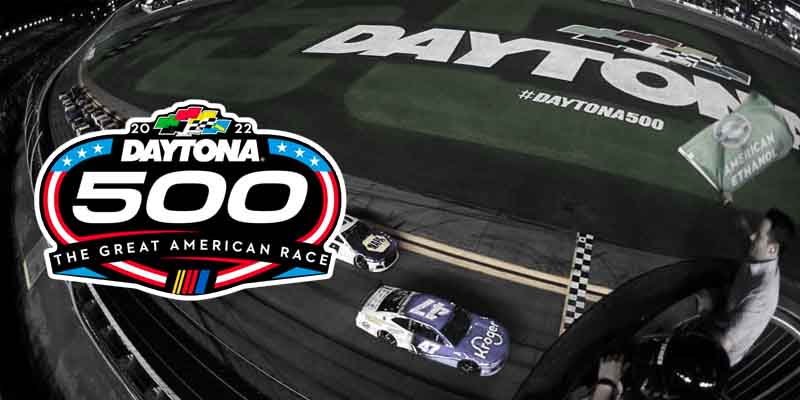 How To Bet On The Daytona 500 Online Safely And Legally

Still, you can’t really go wrong with any of the top operators featured on this page. Making things even easier, the process to sign up is more or less identical no matter which online NASCAR gambling site you choose:

When betting on the Daytona 500, you’ll get access to the same general bet types you’ll find for all auto races. The primary racing bets are briefly described below, but you can also expect a host of special wagers and other kinds of side bets and parlays to be made available at the best Daytona 500 betting sites online.

Live Betting On The Daytona 500

Live sports betting, aka in-game betting or in-play betting, is a relatively recent phenomenon that allows legal online sports gamblers to place their wagers after a given event has already started.

With NASCAR betting, especially this early in the season, bettors might not know what to expect (and probably won’t before the first few races are concluded and reliable patterns are established). Thus, live betting is even more important during the early part of the year, where it can really bail you out – our double you down – on wagers that might not be as informed as later-season bets are.

Still, live betting is always fun and engaging no matter when in the season you’re participating, as it gives gamblers and casual fans even more reason to watch every lap of the race.

You can bet on Daytona 500, IndyCar, or Formula 1 betting odds using any smartphone or tablet device, as long as it’s reasonably recent (i.e. less than five years old) and has an up-to-date mobile browser. All the mobile racing betting sites we recommend are device-agnostic, meaning you can use any mobile from any manufacturer.

Best of all, there’s no geofencing, and the menus, odds, and page designs are all just like you’d expect out of native iPhone NASCAR betting apps or Android NASCAR betting apps. That means you’ll get a dynamic, responsive presentation – with full touchscreen controls – whether you’re using the smallest Google phone or biggest Apple iPad.

All you need is an active Wi-Fi or cellular Internet connection, and you’re ready to blow off the starting line!

Deposit & Payout Options for Betting on the Daytona 500

There are several ways to make deposits and claim payouts from any of the legit Daytona 500 betting sites we recommend. Our favorite online sports betting banking option is cryptocurrency, thanks to crypto’s 100% deposit success rates, cheaper transaction costs, enhanced bonuses, and same-day payouts.

But if you don’t want to bet on the Daytona 500 with crypto – or if crypto gambling makes you uncomfortable or seems too intimidating – you can always deposit with traditional methods like Visa, Mastercard, bank wires, cashier’s checks, and so on. Just make sure the method you choose will get money into your account before the start of the Daytona 500 race.

To learn more about all the different speeds, fees, pros, and cons of each online sports bet funding option available to you, our sportsbook banking comparison page covers all the particulars.

The Daytona 500 is the preeminent American motorsports event on the annual calendar. It’s essentially the NASCAR Super Bowl, which is why it’s frequently referred to as the “Super Bowl of Stock Car Racing.”

The first Daytona 500 was held in 1959, the same year the Daytona International Speedway was officially opened. Since 1982, the Daytona 500 has been the NASCAR season’s inaugural race. While Daytona 500 championship points are the same for any other NASCAR points race, the purse is much larger than any other contest on the calendar, as is the overall prestige of winning.

Naturally, the Daytona 500 also garners the most eyeballs on television and streaming broadcasts (albeit the Indy 500 does better numbers in on-site attendance).

The winner of “The Great American Race” takes home the Harley J. Earl Trophy, while the winning car is kept at the track’s “Daytona 500 Experience” museum for the entire NASCAR year.