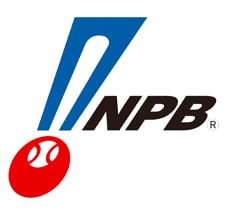 With the resurgence in baseball's popularity in the US and abroad, it’s no surprise that Japan’s top competitive league – Nippon Professional Baseball (NPB) – is gaining respect on the boards at offshore sports betting sites. As a result, it’s now possible to easily bet on the NPB across its seven-month season, even for bettors located half a world away.

While Major League Baseball betting remains the top draw for the sport in gambling circles, the NPB is considered the pinnacle of international baseball, with better competition than even the MLB’s AAA affiliates. Many big league players eventually come to the US from the NPB, while former US stars often make their way to play baseball in Japan as their careers wind down. If you want to learn more about the NPB and how to bet on small ball, our big Japanese baseball betting guide covers all the bases.

Is It Legal To Bet On NPB Baseball?

If you live in the US (or most other countries abroad), it is legal to bet on NPB baseball provided you use a licensed and/or regulated offshore sports betting site. Though domestic American books are growing in number of late, these don’t offer much NPB action, but overseas books have been covering Japanese baseball for many years now.

Please note that while all major NPB betting sites accept US players aged 18 and up, residents from Washington are precluded by local betting laws from joining. However, despite blanket online gambling bans, the law is seemingly unenforced, and we’ve never heard of WA residents getting into legal hot water over online baseball betting (or any other kind of online sports gambling).

Before the 2022 Japanese baseball season started, you could bet on the eventual champion of the 2022 NPB season at the top online sportsbooks. There, the defending champion Tokyo Yakult Swallows were favored by 50-100 points, and while those futures are now off the boards, it's safe to assume that the Swallows are still on top.

As the season works its way through the next few months, you'll start to see betting lines on the next Japan Series winner as well as NPB Central League odds, NPB Pacific League odds, and even NPB Climax Series odds.

After two seasons of COVID-related disruptions (albeit the 2021 season did see a full slate of games), the 2022 season is finally bringing Nippon Professional Baseball back to its regular spot on the sporting schedule.

What Is The NPB?

Nippon Professional Baseball, aka the NPB, is the highest level of pro baseball in Japan, and it’s widely regarded as the highest level of the sport outside of the United States-based MLB league. In fact, most Major League scouts refer to the NPB as “AAAA” baseball, putting it one tier ahead of the American-based AAA Minor League level. As a result, the NPB is a hotbed of talent for the American game, and over the last generation, a number of major MLB stars have emerged from Japan.

Nippon Professional Baseball – or Puro Yakyū as its known in Japan – is comprised of two leagues: the Central League and the Pacific League. Both leagues have six teams (though there is a governmental proposal to add four new teams to NPB), and the seasons are around 146 games in length (73 home games and 73 away games). However, this isn't always the case, as each season is flexible and will add or remove games as required to make way for other scheduled events throughout Japan.

Note: The 2022 NPB regular season is comprised of 143 games. Of these matchups, 125 will be intraleague contests, while 18 interleague matches will be played by each team.

The winners of each Climax Series go on to play one another in the Japan Series, which is the NPB championship and equivalent to the MLB’s World Series. The Japan Series is contested in a best-of-seven format, but because games 1-7 can end in ties, it is possible for the Japan Series to last for eight or more games.

How Is The NPB Different Than The MLB?

While the game’s rules are mostly similar to Major League Baseball and NCAA Baseball, there are a few key differences in Nippon Professional Baseball to be aware of as a bettor and fan. These include the following:

When Is The NPB Season?

The Nippon Professional Baseball season is nominally 146 games in length (this is variable based on weather, rankings, etc., as in the American game), and it takes place over 6-7 months from late March/April to October. The NPB season generally aligns with the MLB season.

COVID Recap: Due to the Wuhan coronavirus outbreak, the NPB's 2020 season was pushed back from its typical start time to June 19. The league reduced each team's schedule to 120 games in order to fit into the shortened window, and the 2020 Japan Series concluded on November 25. In 2021, the NPB season went on a three-week hiatus after the all-star break so the Japan men's national baseball team could participate in the delayed 2020 Summer Olympics baseball tournament, where Team Japan won its first ever Olympic baseball gold medal. Nevertheless, the 2021 NPB season finished on time with each team playing 143 games.

Due to delays related to COVID-19, only three NPB teams made the playoffs in 2020. However, the 2021 season brought the normal 6-team playoff back into the mix, which should give fans in 2022 a bit more to root for – and bettors far more to bet on!

The standard Japanese baseball playoff format has the top three teams from both leagues making the NPB postseason, and they face off per the following model:

The wagering types available for NPB betting are the same as those you’d get for standard baseball betting. These include the following basic bet varieties, all of which you should be familiar with before wagering on Nippon Professional Baseball:

There are no special, unique betting strategies to use when wagering on NPB action. Since the league operates as a standard baseball league in most respects, it is represented as such by most legal online sports betting sites. For the most part, new bettors will want to simply keep the following bits of advice in the backs of their ball caps:

As with the MLB and KBO, the NPB is completely statistics-heavy, giving fans lots to talk about and bettors a ton of information to sort through in order to make the most informed wagers possible. To that end, you can visit the following links in order to get up to speed on the latest NPB stats, scores, and streams.