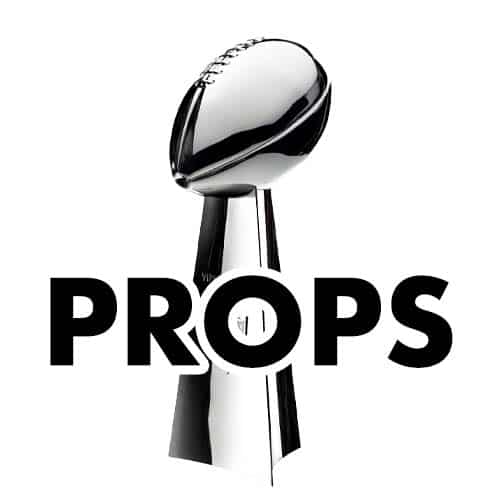 Getting started out with placing NFL bets can be confusing, especially when dipping into the many subgenres of Super Bowl props. Stick to this guide and the legal Sports betting sites suggested within and you’ll be prepped to lay some action on Super Bowl team prop bets like a pro.

Yes, and Super Bowl 2023 props for team performance can be found at any reputable sportsbook regardless of its base of operations. 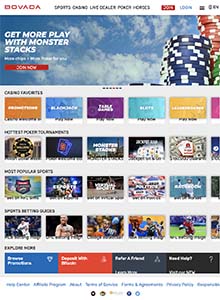 Although all four NFL teams that reach the AFC and NFC Championship games are made up of undeniable excellence, only one of them can ascend to the front of the pack and seize top honors.

That also perfectly describes our list of NFL sportsbook reviews. Each one is superior to all others on the net, but only Bovada can garner the title “the Super Bowl of NFL betting sites.”

Bovada’s overabundance of SB 56 props for team outcomes are icing on a massive, multi-layered pro football betting cake that delivers the best customer service, second-to-none withdrawal speeds, and they still have never missed a payout.

What Are Super Bowl Game Prop Bets For Team Stats?

Any statistical achievement or performance indicator for an AFC or NFC Champion can be wagered on inside the spectrum of Super Bowl prop bets.

SB props can entail teams hitting certain marks such as total touchdown odds, most rushing yards in a Super Bowl, or achieving a certain margin of victory.

Superbowl prop bets on team performances will allow wagers on yes or no outcomes, provide sets of potential ranges, or list all possible outcomes. The one consistent is that NFL moneyline odds will be posted next to each 2023 Super Bowl prop bet outcome for team performance.

Below is the list of current team performance-related Super Bowl 2023 prop bets that have been posted thus far. Our staff will continue to update these Super Bowl team props as they are released, all the way up until kickoff on February 12th, 2023.

*New props will be posted once Super Bowl teams are finalized. Until then, Super Bowl 56 props will remain as an example of what to expect.

Cincinnati Bengals To Score a Safety

We’ve pointed out the top 2023 Super Bowl sportsbooks offering online prop bets, but in order to get involved, an account must be created first. Locate the join icon on the main page of the online sports betting site(s) you intend to join and click on it.

The next page will ask for the submission of info to create your account profile. Ensure all data is correct so that payouts transact smoothly.

Submit your first deposit using one of the many sports betting funding options available (Cryptocurrency, USD and then make your way to the Super Bowl odds posted under the NFL tab.

Because the betting on the NFL teams that make it to the Super Bowl produces thousands of unique sets of odds, prop builder tools have become a common feature at online sportsbooks.

All of the Super Bowl prop builders that we’ve encountered function similarly in that they compile hundreds of differed SB propositions into one screen to eliminate excess scrolling and get into the wagering action immediately.

Super Bowl parlays are created swiftly in the NFL bet slip calculator posted to the right of the screen, and some form of custom SB prop builder is featured at each of the featured books in our list of online sports betting site reviews.

Each of the online Super Bowl betting sites that we feature in this guide allow their members to access their services using iPhones, iPads, and Android devices that are connected to the web.

Mobile browsers can access these sports betting apps, placing NFL gamblers in the control seat from the location of their choosing. That’s especially helpful when mobile betting on Super Bowl props for each team, because the big game often draws fans out to social gatherings and watch parties.

No matter which category or type of team Super Bowl prop bet is offered for the big game each year, it will remain active until an outcome is achieved. Technically, that qualifies team Super Bowl props as live betting odds as they can receive action until concluded.

For more information on how these in-play odds work, read our guide to live NFL betting.

Whether or not a new or an existing member accepts a sportsbook bonus offer is entirely up to them. These sportsbook promo codes mostly deliver a percentage of the deposit total back into accounts for use on sports betting.

After all of the terms have been completed, the bonus cash can be withdrawn or can remain in our account. Using cryptocurrency over USD typically increases the amount and percentage of these Super Bowl bonuses.

While Super Bowl bettors are more than welcome to make deposits using a variety of USD options, cryptocurrency uploads are what we recommend for a variety of reasons. Here are a few reasons why crypto is the sportsbook banking method of choice:

Most Yards Rushing – The Washington Redskins totaled out at 280 rushing yards in Super Bowl 22 in a winning effort against the Denver Broncos.

Most Yards Total (Team) – The 613 yards that the New England Patriots posted in SB LII represents the most distance the ball has moved up and down the field over the course of a single Super Bowl.

Most Touchdowns (Team) – The 7 touchdowns scored by the San Francisco 49ers in Super Bowl XXIX holds the top mark.

Most Touchdowns (Combined) – The 49ers and Chargers combined for a record 10 total touchdowns between the two of them in Super Bowl 29, although 7 of them belong to San Francisco.

Most First Downs (Team) – The 49ers hold yet another Super Bowl high water mark as they set the first down standard for the big game at 31 against the Miami Dolphins in SB XIX.

Largest Margin Of Victory – Super Bowl 24 saw the 49ers blowout the Denver Broncos by 45 points, the largest margin of victory ever and a 55-10 victory for San Francisco.

Lowest Score (Combined) – The 16 total points scored between the Patriots and the Los Angeles Raiders in Super Bowl 53 is the lowest in history.