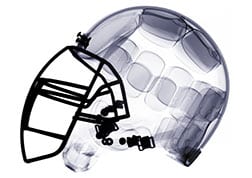 The sports betting and DFS markets have boomed in the United States within the last twenty years. Fantasy football, in particular, has forced its way into mainstream American life. As an $18 billion market, 40 million fantasy football participants in North America spend 9 hours every week consuming information related to their fantasy teams.

In addition, NFL football betting is extremely popular among American fans as well as international fans and constitutes a significant segment of the annual sports betting revenue globally.

One thing fantasy players and sports bettors tend to always check is the injury reports released each week, and one major injury affecting football is concussions.

The stats compell us - are concussions really a widespread problem in football?

According to The American Journal of Sports Medicine, football players suffer more brain injuries than any other sport with 39% of high school and college players suffering head injuries leading to permanent damage or death.

Concussions are more than a bump on the head

Concussions are a type of traumatic brain injury caused by a force to the head or upper body that causes the brain to shake inside the skull. The injury is labeled a concussion if the afflicted suffers from one of the 21 symptoms associated with the injury, such as amnesia, confusion, nausea, or loss of consciousness.

Concussion symptoms are cumulative, according to available data. Repetitive head trauma, whether from sports, military service, automobile accidents, or falls, can lead to permanent decreases in brain function. Long-term effects from concussions are severe: Alzheimer’s and Parkinson’s can even develop from such injuries.

Currently, the only treatment for concussions is mental and physical rest. In many sports, athletes must also take the Mayo Concussion Test to dictate protocol for player evaluation and treatment.

However, one neuroscientist is trying to eliminate concussions from football by revolutionizing its treatment. Such a monumental shift in injury recovery would affect countless betting lines and millions of fantasy football rosters in the future.

Dr. VanLandingham is no stranger to head injuries himself. At 21, a stranger attacked him in Gainesville, punching him so hard that he fell headfirst into a roadside curb. Originally thought to be a harmless fall, doctors sent Dr. VanLandingham away.

The next morning, Dr. VanLandingham could not speak coherently on the phone with his father before he was found unresponsive on the floor by a family friend. Doctors told him he had about two hours to live resulting from three blood clots.

Even though the attack left Dr. VanLandingham with short-term amnesia for a year following the incident, he managed to earn all A’s in his physical therapy degree at Florida A&M before starting his PhD in neuroscience at Florida State.

Dr. VanLandingham would study under Professor Cathy Levenson with research focused on the effect of dietary zinc deficiency in recovery from a brain injury. Following his studies at FSU, Dr. VanLandingham earned a postdoctoral fellowship in emergency medicine and neurology at Emory University facilitating a clinical trial to establish the effect of neurosteroids in TBI recovery.

This work demonstrated a 50% greater chance of survival in cases of TBI where the patient receives progesterone intravenously starting within several hours of injury.

This means, while Prevasol cannot help individuals with previous brain injuries or their lasting effects, it can help the brain recover immediately after a new concussion. The drug is stable up to 125 degrees, allowing it to be used in warzones and outdoor sporting events. Currently, concussions could sideline players for one game, one week, or for an entire career. For a healed concussion, doctors normally recommend 7-10 days of rest and inactivity before returning to the field.

With Prevasol, concussed players could be back on the field much faster. With an immediate effect on the brain, the drug could possibly eliminate concussions from the injury report altogether. This would dramatically affect betting lines and DFS lineups with players returning the field much faster.

Because it is administered nasally through a special applicator, Prevasol can reach the brain in under five minutes and diffuse throughout all regions of the brain in thirty minutes.

The drug activates the DNA and stimulates three positive products to reduce swelling, inflammation, and oxidative stress on the brain. Prevasol has not been approved by the FDA yet, but it is currently in clinical trials.

Only a small portion of people ever get to play in the NFL, but anyone can bet on NFL games or play fantasy football. This allows Dr. VanLandingham’s research to influence countless individuals, regardless of any personally sustained head injuries.