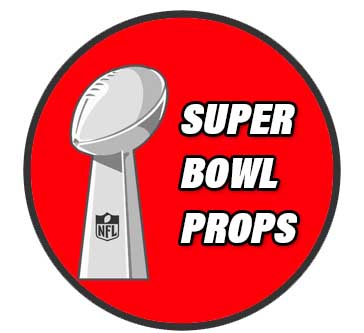 Because the Super Bowl is routinely the most highly viewed sporting event of the year, it attracts new bettors that may be placing a wager for the first time. Because of this, Super Bowl prop bets receive a large bulk of the action on each year’s big game, and the betting options for Super Bowl 56 will be no different.

These Super Bowl prop bets appear at legal online NFL sportsbooks even before all of the NFL Playoff odds have cashed in, granting them at least two weeks of pregame attention prior to kickoff.

Read on to discover what Super Bowl 56 props can be expected, and in what order these events might occur during the SB LVI broadcast.  We also dive into the legal aspects involved in betting on Super Bowl 56 prop bets, and share the top SB sportsbooks on the web.

Is It Legal To Bet On Super Bowl Props?

Yes. People in the United States can legally wager on NFL prop bets for the Super Bowl at domestic and international sportsbooks.

The beauty of prop bets for the Super Bowl is that they are meant to take action for the entire game. If you develop a sound SB prop bet strategy, bets will be cashing in every few minutes. Below, each category is presented in the order that they will occur, creating a schedule of events for Super Bowl prop betting lines. 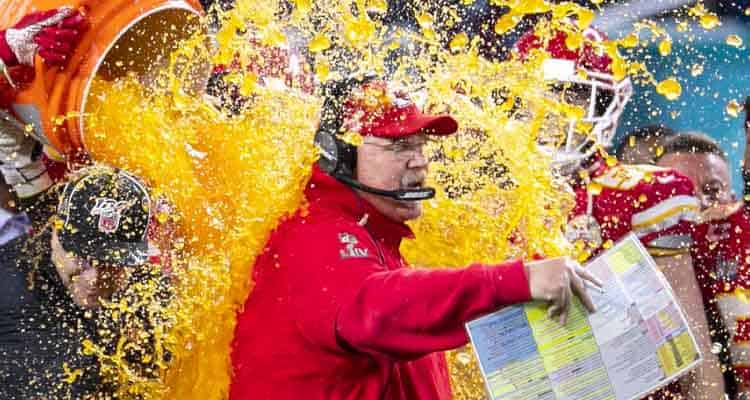 Prop bets on the glut of Super Bowl commercials that appear routinely throughout the game are a highlight at offshore sportsbook sites. Super Bowl odds are available for the order the commercials will appear in, and will also offer groupings of corporate entities asking which one will air first.

We’re listing this item first because it encompasses events that can occur before the National Anthem is performed at the Super Bowl. These types of Super Bowl prop bets include lines that can happen at any time during the broadcast, such as who will be shown on camera first in the stands, the color of each head coach’s attire, or what the announcers will say.

NFL Super Bowl National Anthem prop bets are up next, as it is the first major event to occur during the SB telecast. Odds are available for the length of the Star-Spangled Banner performance, what the performer will wear, who will be shown on camera first during the song, as well as National Anthem props on whether the singer flubs a lyric.

After the coin toss is over, the game begins, allowing for payouts to be earned starting with the opening kickoff. For instance, a winning wager could instantly cash in on a Super Bowl prop bet asking if kickoff return TD will be scored during the game.

Team and player prop bets on the Super Bowl can be placed on just about any stat occurrence, or non-occurrence, including total yardage, touchdowns scored, points, interceptions, fumbles, sacks, and more.

Halftime prop bets on Super Bowl LVI will feature odds for which songs will appear on the setlist, which song will be performed first, potential special guests, and can even get a little raunchy and ask if any skin will be revealed as it has happened in the past.

Halftime show prop bets are some of the riskiest Super Bowl odds because the entire concept of the performance is based on unpredictability and surprise. However, if Super Bowl bettors can correctly select the amount of wardrobe changes of the performer, halftime prop bets can pay out big.

As the final seconds tick off the clock, the winning team’s players will typically spill a cooler full of Gatorade onto their head coach to celebrate. If you are looking for one final Super Bowl prop bet, Gatorade color odds might be your last opportunity of the night.

After the game is over and the NFL champion has been decided, the game’s most valuable player will be chosen. Super Bowl MVP prop bets can be lucrative if picked correctly, especially if a position other than quarterback is selected as the winner. QBs are typically awarded the Super Bowl MVP Trophy, but still feature profitable money line odds that are listed in the positive.

No matter how many Super Bowl prop bets are created (we expect the total to surpass four figures), all of them can be wagered upon using the top mobile betting apps around. Simply click on one of the legal Super Bowl sportsbook sites we’ve included in the table above using a current mobile browser and your Apple or Android smartphone or tablet will be given access to all their SB props while on the go.

These betting applications do not require a download because they are web-based for the quickest access possible via iPhones and iPads. The opportunities to wager on Super Bowl prop bets can pass by quickly, so that’s why you need the fastest betting apps on the planet to capitalize on these advantageous Super Bowl LVI odds.