Legal Betting On The 2023 Pro Bowl 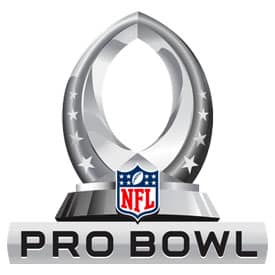 The NFL’s Pro Bowl brings together the league’s best talent to compete in pro football’s all-star game. Bragging rights, as well as a nice paycheck, is on the line, but not much else. It doesn’t draw nearly the attention that Super Bowl betting does, but legal betting on Pro Bowl odds is growing in popularity each year.

If you’d like to know more about the NFL odds offered on the Pro Bowl each year, and how to bet on the game legally, we’ve got everything covered from the best Pro Bowl betting sites, to the most advantageous sportsbook banking options to utilize for speedy deposits and withdrawals.

Is It Legal To Bet On The Pro Bowl?

Yes. NFL bettors in the United States can wager on NFL Pro Bowl 2023 odds at offshore or domestic sportsbooks. If you are located in or within range of a state that offers domestic sports betting, you can visit it and place a bet on Pro Bowl Vegas odds.

Online sportsbooks like the ones we recommend in the following section are located in a jurisdiction outside of the United States and are able to take bets on the NFL’s Pro Bowl odds from American’s over the Internet.

This is because there are no federal laws that can regulate offshore sports betting over the web. For more information on the legalities of online betting on the Pro Bowl, check out our Laws section via our main menu above.

What Is The Pro Bowl?

The Pro Bowl is the equivalent of the NFL’s all-star game and has been in existence since 1970. The top players from the AFC and the NFC are voted on by active coaches, players, and fans, but quite often, the top NFL players are engaged in the NFL playoffs, or are recovering from injury, and are unable to participate.

This allows for replacements to play in place of those that opt-out of the Pro Bowl, and has lessened the game’s impact as it has struggled to gain a foothold with viewing audiences. The NFL Pro Bowl was historically played the weekend following the Super Bowl in Hawaii’s Aloha Stadium.

In 2009, the NFL began changing the location of the Pro Bowl to various NFL stadiums around the country and also moved the game in between Conference Championship Weekend and the Super Bowl to try and add intrigue. The NFL even flirted with team captains picking players for non-conference specific NFL teams.

The NFL is determined to make an event worth watching out of their annual Pro Bowl game, and as long as it is around, you can bet there’ll be Pro Bowl odds on the boards at offshore betting sites.

Pro Bowl voting begins towards the end of each NFL season, and the rosters will be revealed in late December. Once that happens, oddsmakers can gather up the data that they need to produce Pro Bowl betting odds, and we expect lines to appear around Christmas.

Although the audience for the Pro Bowl is much smaller than the Super Bowl, it attracts a similar demographic and can often include viewers that are simply looking to place a fun bet on the game. That’s where Pro Bowl 2023 prop bets can come in handy.

Proposition bets can involve any occurrence in the Pro Bowl broadcast, including Pro Bowl MVP odds, individual player stat totals, how long the singer takes to perform the National Anthem, and much more. NFL Pro Bowl prop bets can serve as the perfect remedy to any game that doesn’t have much on the line.

The best Pro Bowl bets are made with sound financial forethought. This includes the following bankroll management tips that should be adhered to by all responsible Pro Bowl bettors.

The 2021 Pro Bowl went down a little differently because of COVID-19 and the difficulties it caused for NFL schedule makers, so much so that they scrapped all plans for a live game. Instead, the NFL hosted the Pro Bowl during the entire week following the AFC and NFC title games, and featured retired players, current NFL'ers, as well as celebrities competing in the realm of Madden 21.

The Pro Bowl events lasted an entire week and featured video games played by NFL legends, celebrities, and top competitors in the world of Madden 21 eSports. eSports is a worldwide phenomenon that involves professional gamers competing using popular video game software that can be played on PC or on popular gaming consoles like PlayStation or Xbox.

Betting on eSports has become a huge attraction at sportsbooks, and we expect that to grow due to its inclusion as a part of the Pro Bowl in 2021. 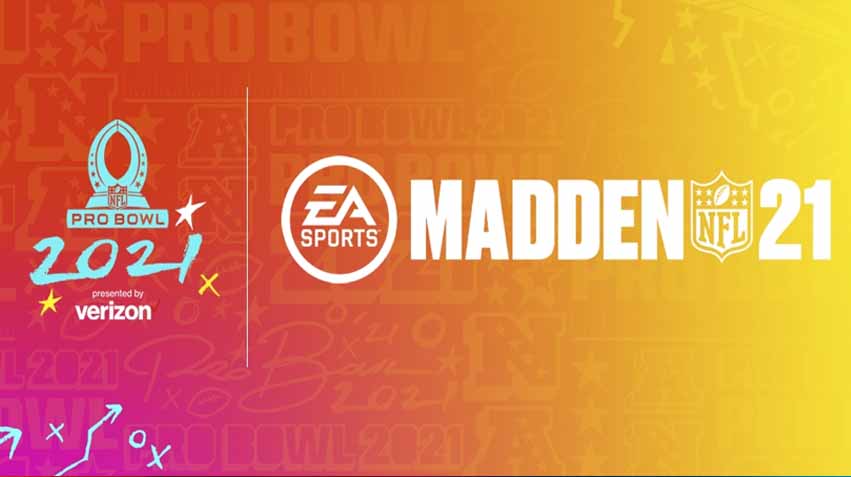 Yes, Bitcoin (BTC) is top sportsbook funding option at the Pro Bowl betting sites that we recommend. Bitcoin deposits can be made quickly and will have you wagering on Pro Bowl betting lines in minutes. The only way to complete a withdrawal within 24 hours of its request is with Bitcoin, oftentimes as quickly as fifteen minutes.

Should I accept a sportsbook bonus offer?

Accepting a sportsbook bonus is entirely up to the member and is not a requirement of membership. Sportsbook bonuses match between 25%-100% of a deposit, allowing for up to $1,000 or more in bonus cash to be added to online bankrolls. We advise reading through the fine print of any sportsbook offer before accepting.

Which Conference has won the most Pro Bowls?

The AFC currently holds the edge with a 25-22 win/loss record against the NFC.

What player has made the most Pro Bowls?