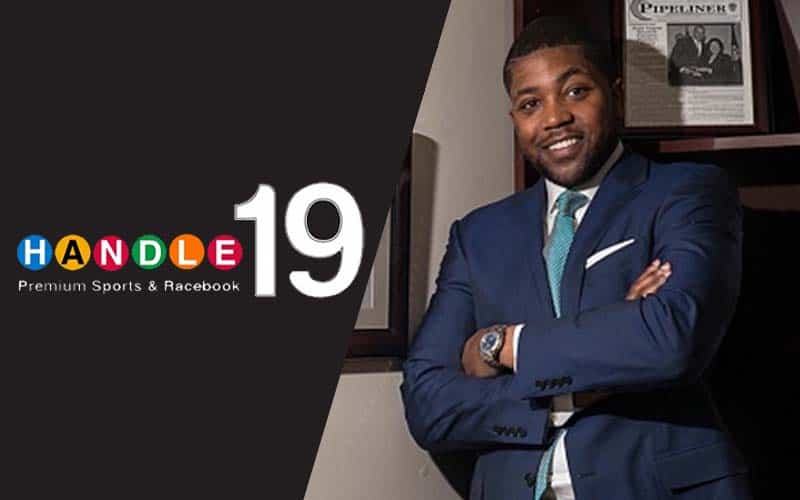 Shane August is no stranger to being the underdog.

The small business entrepreneur has beaten the odds one time already—but now, August is preparing for Round 2 and is set to enter the ring opposite of the corporate favorites once his sportsbook, Handle19, receives a license to offer legal sports betting in the nation’s capital.

When legislation for Washington DC sports betting was introduced last year, the DC Council included language that allowed the city’s small businesses to apply for a Class B license to operate a sportsbook.

The Committee on Finance and Revenue held a public hearing for the bill on October 17, 2018, and representatives from notable heavyweights in the US sports betting industry, such as DraftKings and FanDuel, were in attendance.

But so was August, who was the only small business owner at the hearing.

Sitting next to the biggest brands’ representatives, August defended the inclusion of a small businesses’ right to apply for a sportsbook license in the District under the current framework.

“Since the Supreme Court’s vote on legislation concerning PASPA, entrepreneurs such as myself have been chomping at the bit to have the opportunity to launch ventures the sports gaming industry,” August said.

He went on to add that the states with legalized sports betting “have written their legislations so that smaller groups are squeezed out in favor of corporate conglomerates.”

After the corporate representatives testified in favor of an open competition, August pointed out how their statements don’t reflect what’s been happening in other legalized markets.

And the entrepreneur has the first-hand experience of trying to enter a states’ newly legalized market, such as in New Jersey and West Virginia.

August’s attempts fell short in those states since, even though their laws allowed for multiple “skins”—a brand offered at land-based casinos—the goliath sportsbooks sign exclusive agreements for all the skins, leaving small businesses with nowhere to go.

“In my opinion, they’re not really up for competition,” August said. “They sign exclusive agreements with these land-based casinos that don’t allow smaller participants to get in the game. Once [the bill] passes, just let it open for everybody because if those guys are really who they say they are, then let’s compete and see who’s the best.”

With legalized sports betting already becoming yet another industry being swallowed up by the oligopoly, the bill’s sponsor, Jack Evans, and committee members agreed with August’s testimony. They chose to keep the inclusion of small businesses in the final draft.

And with it, the nation’s capital became the first jurisdiction in the United States to allow small businesses to operate a sportsbook.

The District is expected to begin accepting applications soon, and August told SportsBetting.Legal in an interview this week that he can’t wait to get the Handle19 sportsbook up and running.

“As soon as they open the application process up, we’ll be the first in line,” August said.

Sports betting is part of our culture

As the CEO of the Virginia Beach-based August Holding Corporation, August said Handle19 is his latest investment. His company’s growing portfolio currently includes Accu-point Diagnostics, a clinical diagnostics laboratory, and The Aspire Treatment and Recovery Center of Virginia, an outpatient opioid treatment facility.

When asked why he chose legal sports betting as his next business venture, August, who’s also a former college football quarterback at Norfolk State University, said the decision was an easy one to make.

“Sports has always been part of my life,” he said. “Sports and bookmaking go hand in hand.”

As a kid growing up in an urban area of New Orleans, August said one of his most vivid memories involves sports betting and an individual who carried index cards, pens, paperclips, and stuck out like a sore thumb.

“There was always this white guy would come into the neighborhood and allow people to place wagers on sports,” August recalled. “The funny thing is, in a predominantly African American urban area, [he was] the only white guy, sticking out like a sore thumb, but nobody ever messed with him.”

August said people would circle the betting lines for the games they wanted to wager money on, then the bookie would clip the money to the index card, and he’d always come back around to pay the winners.

“It just goes to show you bookmaking is not only on the corporate level, but it’s also on the people level,” August said. “It’s always been a part of the fabric of our culture.”

And following the US Supreme Court ruling PASPA to be unconstitutional on May 14, 2018—a decision that allowed states, as well as the District of Columbia, to legalize sports betting—August will finally get an opportunity to compete in the licensed and regulated market.

Looking to Las Vegas for inspiration

The entrepreneur named his sportsbook Handle19, which combines “handle”—the total amount wagered at a sportsbook—and 19, an homage to 2019 that represents the year that he will “remember the hard work they put in from scratch to finish.”

But August knows that it takes more than just hard work to run a successful business.

Work smarter, not harder as the old saying goes. And August has researched and gathered industry knowledge from the pros who’ve been accepting bets on sports for decades—the Las Vegas sportsbooks.

August legally bet for the first time at the Wynn Race & Sports Book, placing his wager on Floyd Mayweather to beat Manny Pacquiao in 2015’s “Fight of the Century.”

While watching the 12-round bout between two of the world’s all-time greatest boxers at the Wynn, August remembered the rush he felt during the fight and when Mayweather won both the fight and the wager he’d placed on his favorite boxer.

“I felt like I was in the ring with him,” August said.

Since then, August stays at the Wynn every time he visits Las Vegas and calls their property “second-to-none.” But perhaps even higher praise is the fact that the businessman is using the Wynn as one of his primary inspirations for his sportsbook.

How Handle 19 will get in the game

Once approved for a Class B license, Handle19 can’t be within a two-block radius of an operator with Class A license, which includes four DC sports venues: Capital One Arena, Nationals Park, Audi Field, and St. Elizabeths East Entertainment and Sports Arena.

The law also requires Class B operators to offer additional services, such as a restaurant or bar, to complement the sportsbook.

And because he’s resourceful, August is way ahead of the game on all fronts.

While most small businesses in the District plan on using sports betting to supplement the dining experience, Handle19 is a Las Vegas-style sportsbook first and foremost.

August aims for his DC sportsbook to appeal to sharps (a professional bettor), fans who wager for fun, and people placing their first-ever bet on sports.

Handle19’s launch plans include all the amenities you’d expect to see at the best books Nevada has to offer. Multiple big-screen TVs for watching the games, a video board with the odds and betting lines, a running ticker for breaking news, kiosks, and tellers are just some of the features the sportsbook has in store.

To fulfill the Class B license requirement, August has partnered with Ben Sislen, a local who has a decade’s worth of experience running highly rated restaurants and bars in the District.

Although the DC Lottery will have the only city-wide mobile app next year, August said bettors would be able to place wagers on the Handle19 app while on their property and can receive updates and promotions from anywhere.

Since the District’s law is flexible, the Handle19 sportsbook will be positioned to compete against the “big dogs” should the Lottery’s app not work out or if the public demands an open online and mobile market.

It’s clear that August has everything covered, so when it’s time to open the Handle19 sportsbook, the only thing the customer will have to worry about is covering the point spread.

“We’re not taking just a business approach,” August said. “We’re taking a customer-friendly approach and will be giving them what they want. And we think the little details are going to help us be successful.”

When speaking about location, August couldn’t reveal too much since the lease agreement is “95%” finished but is expected to be signed by the end of the week or month.

However, he did say that if everything goes according to plan, a 5,000-square-foot facility in the Adams Morgan and Dupont Circle area—the heart of the District’s nightlife—is destined to become the home of Handle19.

While focusing on customers is what most people running a business attempt regularly, August is taking it a step further: Focusing on both the customers and the community.

In addition to hiring between five to seven local employees at launch, Handle19 has joined the National Council on Problem Gambling (NCPG) to bring awareness to the potential pitfalls of sports betting and to implement preventative measures to stop addiction before it starts.

And to provide full transparency, August has partnered with the Sports Wagering Integrity Monitoring Association (SWIMA) to provide third-party monitoring services to prevent any cheating and to promote fair play.

Once the District’s application process opens up in the coming weeks, Handle19 will be fully prepared to apply for a standard license. Although August couldn’t give a specific timetable, he’s optimistic they’ll launch before Super Bowl 54 and is confident they’ll be ready to accept your bets on March Madness next year.

Speaking up is the first step

August hopes Handle19 is not only a stepping stone for his business but that it inspires other people from around the country to take action and defend fair competition when state lawmakers consider sports betting legislation.

“I’m a small guy doing it in the nation’s capital,” he said, adding that if you have any doubts, call him, and he “can show you how to do it.”

Wherever you are in the country, the Virginia entrepreneur urges you to speak up if you believe in giving everyone a fair chance at entering not just the young legal sports betting market but any new market that may one day emerge.

“We can still use our voice,” August reminds us. “This an opportunity for everybody.”

“That’s what America is all about.”