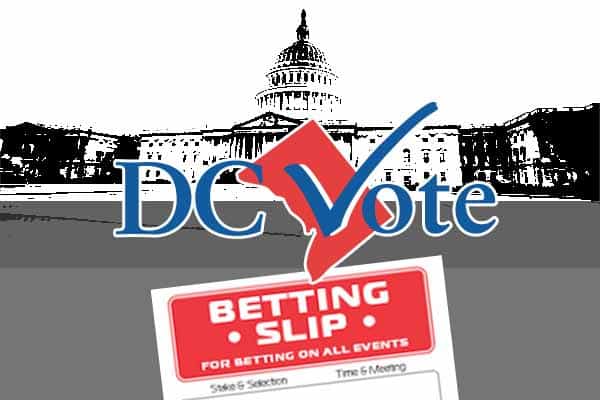 The nation’s capital is now in on the sports betting action.

On Tuesday, Dec. 18, the D.C. Council voted 11-2 to allow sports betting within the city limits of the nation’s capital, becoming the first U.S. jurisdiction without a casino to authorize a sportsbook.

The bill allows patrons inside the city limits of Washington D.C. to wager on professional sports at licensed stadiums, arenas, and private businesses throughout the city.

For the bill to become law, a signature from Democratic Mayor Muriel Bowser is needed and Congress must review any pending D.C. legislation.

Mayor Bowser has voiced her support for the sports betting bill and is expected to sign it, and with the Democrats gaining control of the House in January 2019, many believe the bill will have very little, if any, push-back, especially since most of the city is run by Democrats.

In May 2018, the U.S. Supreme Court overturned PASPA, which had banned sports betting and legislation from being passed by most states since 1992.

Due to there being no casinos in the nation’s capital, the D.C. Lottery will oversee sports betting and be allowed to sell licenses to stadiums and arenas for $250,000 over five years and to private businesses for $5,000 over two years.

Sports betting revenue generated by licensed operators would be taxed at 10 percent, and there is no limit on the number of licenses an operator can hold.

If Maryland, which already has several casinos across the state, passes sports betting in 2019, experts believe that could put a dent into the projections of city officials.

Supporters of the sports betting bill hope to get to licenses issue and operations up in running in the next couple months, but there are no plans in place to ensure this happens.

However, city officials from the nation’s capital will want to move swiftly, since it is expected that at least 20 states, including neighboring Maryland and Virginia, will legalize sports betting in 2019.