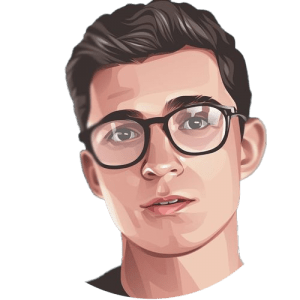 Jacob has been writing ever since he was a wee lad, but he “officially” became a “professional writer” in 2013 after he received a bachelor’s degree from the University of Florida (Go Gators!) College of Journalism and Communications. At UF CJC Weimer Hall, he learned from some of the world’s top professors — including Pulitzer Prize winners and jurors — in journalism, public relations, marketing, and multimedia.

Alongside his passion for writing, Jacob has in-depth knowledge and understanding of all sports and esports and would wager that few know more than him, especially when it comes to his two favorites: NFL and college football. And because sports and betting go together like peanut butter and jelly, he chose to bake (and make) some bread by joining the team at SportsBetting.Legal in 2018.

Today, you’ll catch Jacob betting, watching, and writing regularly on sports happening all around the world in addition to covering the legislation that’s currently in the works across the United States. When he isn’t working or watching his favorite sports teams disappoint him by not winning it all every year, you’ll most likely find him immersed in any number of video games, such as Borderlands, Dark Souls, The Witcher, or pretty much any competitive multiplayer game not named Fortnite.