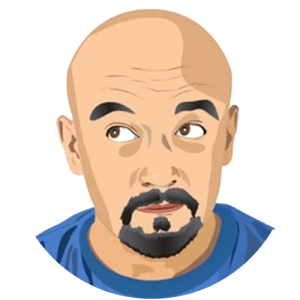 Fully self-taught because no school would have him, Anderson began writing professionally in 2002. After working with various entertainment sites and tech blogs, Anderson jumped ship to go all in on sports betting in 2014. After all, if you’re going to write, you might as well write about what you love! With SportsBetting.Legal, Anderson’s been doing exactly that in varying capacities since 2019.

While Anderson prefers boxing, he’s not a great fan of MMA or the UFC, and celebrity boxing has soured him on the Sweet Science. He still thinks boxing is tops, but he’s lately become more interested in sports that feature a wider variety of odds on the boards. That said, you’ll catch Anderson on any given Sunday not betting on football, as he prefers baseball and hockey when it comes to the team game.

In addition to sports gambling, Anderson is a stone-cold crypto bro. He might have missed the early rush on Bitcoin, but various altcoins have been paying off handsomely. Plus, the strategic aspects of crypto – including day trading and swing trading (and bragging about it endlessly to anyone fool enough to listen) – have enough similarity with sports betting that it’s a natural match. Anderson also thinks Trump won in 2020, but he bet on Uncle Joe because he knew the fix was in.