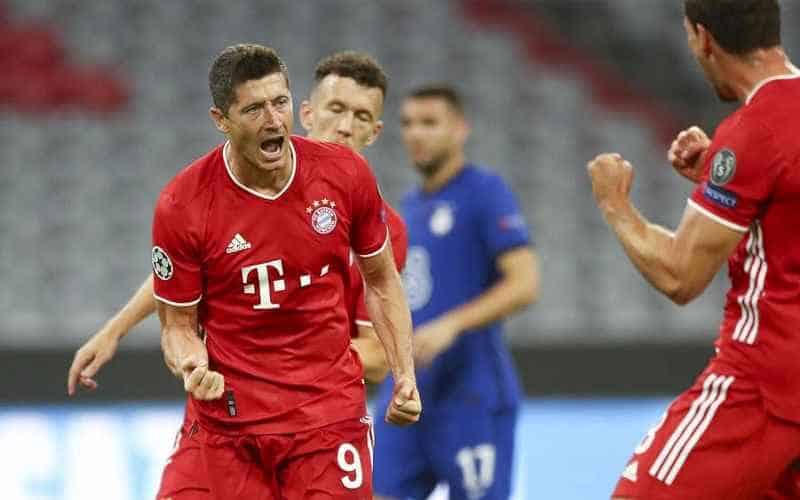 The Union of European Football Associations (UEFA) Champions League tournament for 2020 is nearing completion, with only one game to go before Lyon or Bayern Munich advances to face off against Paris in the final.

Betting on soccer is a year-round occurrence, as it is the most popular spectator sport in Europe with many tournaments that involve clubs from all across the continent.

The UEFA Champions League includes the top finishers from many of each European country’s soccer leagues, with some leagues also sending the second place to compete in the tournament as well.

For UK soccer fans who were looking for more action after betting on the English Premier League concluded, the UEFA tournament came just in time.

Here is a look at how the bracket has proceeded thus far. 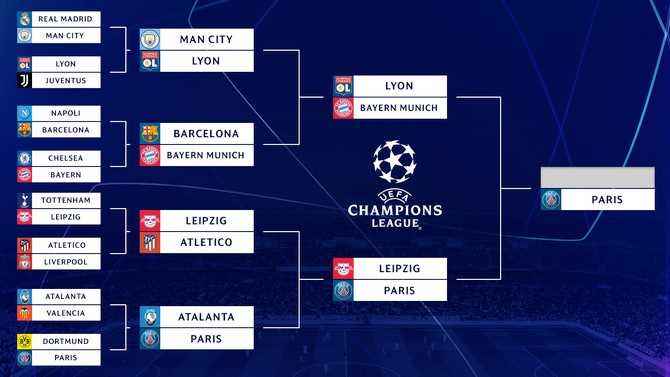 Soccer betting site Bovada has provided the following odds on Lyon vs. Bayern that feature Munich as a 1.5 goal favorite.

That may seem like a narrow point spread, but in the world of soccer, anything over a one-goal advantage represents a healthy advantage. A glance at the moneyline odds reveals that Lyon is a heavy underdog.

Converting those moneyline odds to their intrinsic value suggests that Lyon only has a 10% chance of winning the match.

Of course, wagering on an underdog typically comes with the potential to earn a payout that is more than the amount that the bettor risks. If a straight wager is placed on Lyon to win and it happens, bettors have the chance to multiply their bet by 9.5X.

Judging by the total prediction of 3.5 goals scored between both teams, as well as the 1.5 goal point spread, the final score should be somewhere in the neighborhood of Bayern Munich 3, Lyon 1.

If the odds are correct and Bayern Munich advances, it’ll be a battle between rival countries Germany and France to determine the eventual UEFA Champion for 2020.

The game between Lyon and Bayern Munich begins at 3 PM EST for those in the United States who wish to watch the game live.

After the finals have been set, soccer fans will also have the chance to place a wager on the MLS, as they are now continuing their regular season following the completion of their MLS Is Back Tournament last Tuesday.

The quarantined MLS tournament was won by the Portland Timbers when they defeated the Orlando City SC by a score of 2-1 in the finals.

Now, sports betting sites are offering a fleet of game lines on each MLS matchup as the 2020 season is underway, with the league taking their COVID-19 protocols on the road.

So far, there have been no significant complications from infection, and the completion of the tournament has seemed to grant confidence to all involved in the process.

Before long, fall sports will begin, and fanatics, as well as bettors, will have plenty to watch and wager on. Sure, it may be some time before crowds can accumulate at stadiums and cheer for their favorite team, but it’s a start.