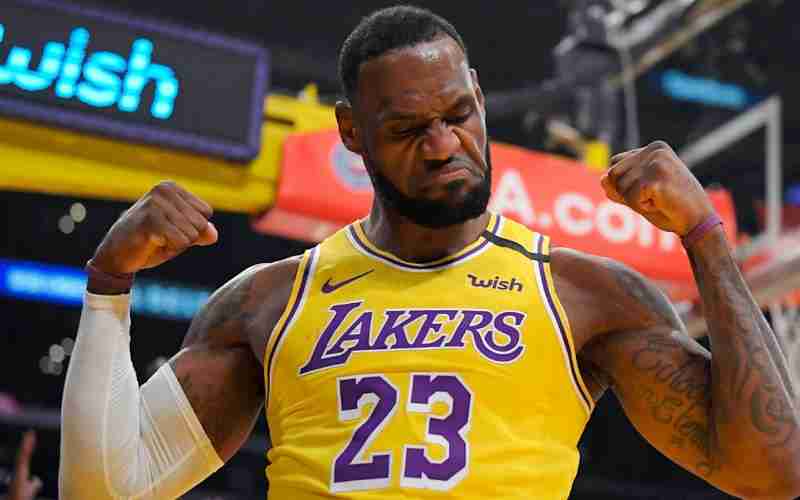 The climax of the NBA season is upon us, and the league must be applauded for their bubble strategy that has been incredibly effective in keeping the Coronavirus at bay.

The Los Angeles Lakers have been favored in the 2020 championship odds by NBA betting sites to take home the title since they were released by sportsbooks just before the league restarted play in late July.

The Lakers are poised to deliver on that promise, and have been predicted to win the deciding game five of the NBA Finals by at least seven points.

A victory will award forward LeBron James his fourth championship, and will firmly cement him among the greatest professional basketball players of all time, and the NBA betting odds imply that it will happen on Friday night.

That would place James one title behind Kobe Bryant, and two behind the G.O.A.T., Michael Jordan. James is now 35 years old and will be 36 this December. Does James have enough left in the tank to surpass, or even match, MJ?

If the bulk of his current roster remains intact, especially Johnson, for the 2021 season, then there’s every reason in the world to think they’ll make a deep run in the playoffs again.

According to a report published by ESPN, much of the Lakers success can be attributed to moving Antony Davis over to cover Heat forward Jimmy Butler.

Butler has been electric thus far during the playoffs, but after the game 4 switch that assigned Davis to Butler, the Heat produced only 98 points, their smallest output of the 2020 NBA postseason.

NBA playoffs betting can be tricky, though, as the underdog team typically gains at least one victory to avoid the four-game sweep. Predicting when and where the lesser team will snag a W is tough, but can be profitable if played correctly.

For instance, if the Heat were to win game 5, a wager of $100 on their +260 moneyline odds will earn bettors $260 of cold hard cash to celebrate with.

Underdog bets rarely hit, especially teams that feature odds greater than +200, but they do happen from time to time. Bettors aren’t going to make a living by routinely laying action on dogs, but their odds should not be ignored either.

Player performance props are typically much sexier, such as an over/under for how many total points LeBron James will score, but there are none of those on the board at the moment.

If the standard betting line isn’t offering attractive odds, perhaps hopping in during the game and placing a live bet could do the trick. In-game betting occurs throughout the contest with odds frequently updating.

If the Lakers can’t get it done on Friday night, then game 6 of the NBA Finals will occur on Sunday, October 11th at 10:30 PM.