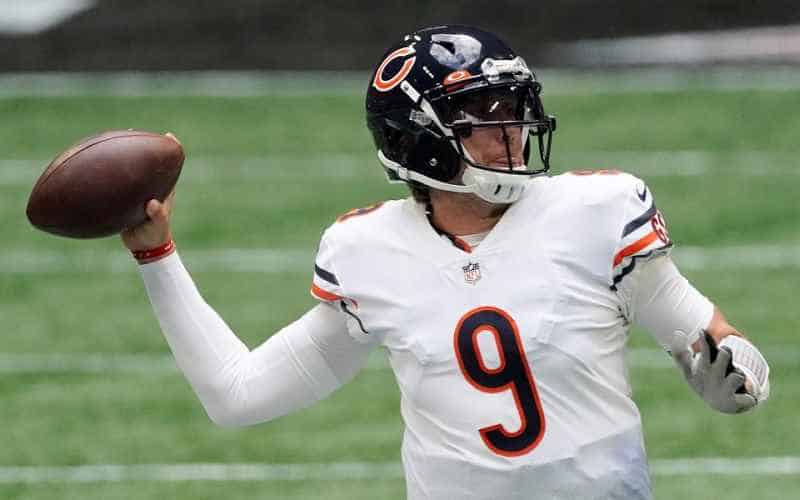 After three weeks of all 32 teams battling it out on the gridiron, the expectations of oddsmakers are starting to settle, giving prognosticators a more solid picture of future expectations, and also making it tougher for bettors to decide which odds to bet upon.

This week features several contests that are expected to be victories by large margins, as half the games feature a point spread of a touchdown or greater.

The Los Angeles Rams and the Baltimore Ravens are both predicted to win by double-digit margins. Large point spreads may be commonplace in NCAA football odds, but when it comes to betting on the NFL, teams being favored by 13 or more points is a rare occurrence.

The Denver Broncos traveled to face the favored New York Jets in last night’s week 4 opener. Denver was able to buck the odds and pull away from the Jets late in what proved to be a barn-burner, with both teams scoring more than expected.

By game time, Bovada Sportsbook had the Jets at +115, which would have paid out at $115 for each $100 risked. As we scan the remainder of the week 4 NFL betting lines, we’re not finding that many appealing odds that demand we put our bankrolls at risk.

Given that there are so many large margins of victory predicted this week, the fact that we aren’t biting reveals a large disparity between the bottom and the top halves of the league.

For instance, the Rams are not playing up to their promise, yet are favored to trounce the Giants by at least 13. Washington has defied expectations and they are showing signs of life behind their new head coach “Riverboat” Ron Rivera, but they are a 14-point dog to the Ravens.

The Baltimore line makes a little sense because they’ll be out for blood after a disappointing week three loss to the Kansas City Chiefs that established a clear-cut leader in the Super Bowl betting odds. Kansas City is now the top dog with +350 odds to be the SB55 champion, with the Ravens coming in a distant second at +600. The Rams line seems too large of a margin, but we’re still not touching it.

The early afternoon games on Sunday featured a line that looked suspicious. We adjusted all of our screen settings just to make sure, but it does appear to be a reality – the Cincinnati Bengals are favored to beat the Jacksonville Jaguars by a margin of 3 points.

Joe Burrow and the Cincinnati offense are starting to click after a finally notching his first non-loss as a pro, finishing off a 23-23 tie with the Philadelphia Eagles last week.

The Bengals are now predicted to defend their home turf and take home their first victory of the year, sending the Jaguars back to Jacksonville with their tails tucked between their legs.

We get it. The Jags lost to the Dolphins in week 3. But we expect Jaguars to bounce back and spoil the party for the Bengals who are scratching and clawing to get their first win of the season.

Take the moneyline odds of +135 on Jacksonville and cash in this weekend.

The second line that has piqued our interest features another dog with enticing odds – the Chicago Bears. We continue to discount the impact of the Indianapolis Colts defense, but now that journeyman quarterback Nick Foles has unseated Mitch Trubisky for the starting position, we expect the Bears offense to get into gear and to begin producing points more routinely.

The Colts are traveling to Soldier Field and they may find the brisk October winds a little less inviting than their domed environment back in Indy. This will be a close contest between both teams, but we expect Chicago to take care of business now that big Nick is back in charge.

The remainder of the week 4 game lines are below, and as we stated before, there are several massive point spreads that are not typically seen at the pro level. The NFL’s postseason odds should become much more clear after this week concludes, so you may want to go ahead and bet on divisional and playoff futures now.