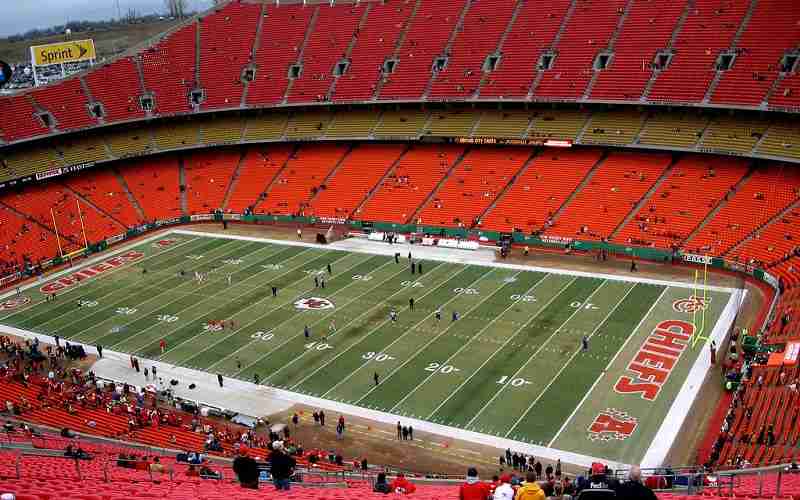 Tonight’s NFL Season opener features the Houston Texans traveling to face the Kansas City Chiefs who are favored to win by a 9.5-point spread.

Kansas City’s Arrowhead Stadium is one of six venues that will allow fans to enter in 2020-21, with 26 other teams choosing to ban all fans from viewing games in person.

Arrowhead will open up 22% of its capacity for Chiefs fans to come out and cheer their Super Bowl 54 champions toward another title in 2021. That would equate to 16,811 fans in attendance, which will certainly be enough for the players to take notice but hardly enough make it difficult for Houston’s offense to communicate pre-snap.

Think about the following scenario. There’s one minute remaining in the fourth quarter and Houston is down by six points with the ball. Instead of a raucous Arrowhead crowd drowning out all sound, Texans quarterback Deshaun Watson will easily be able to bark an audible to his running backs and receivers.

Now imagine that scenario in a stadium with no fans at all. It’ll be just like during practice, and it will be a major factor in squashing the traditional home-field advantage.

When it comes to NFL football betting odds, sportsbooks typically grant the home team a 2.5 to 3-point buffer when constructing the spread. For instance, if two teams were evenly matched if they were to face off at a neutral location, an advantage of -3 in the point spread would be granted to either home team.

There is still significant cross-country travel involved when visiting another team’s stadium, so an element of home-field advantage will remain. Expect that 3-point buffer to be closer to 1 during the 2020-2021 NFL season.

The other five teams that have decided to allow fans to attend games this year include:

It is possible that other teams will reconsider their policy, but for now, these are the six teams that will feature crowd noise at their home games.

If this fan-free policy remains intact, it could have a significant effect on the NFL Playoff betting odds. With home-field advantage being negated for the most part, earning a top seed will have less value than during a normal season.

Also, with more scoring across the board, certain NFL bet types, like the over/under, will be affected. Player performance prop bets will also tick upward in their projections, and a slight alteration like this could also produce some record-breaking single-season stat lines.

With all of the COVID-19 protocols in place, an asterisk should probably be placed next to any record-breaking statistics that are posted in 2020-21. Remember this article when Patrick Mahomes becomes the first quarterback to surpass 6,000 yards this year.