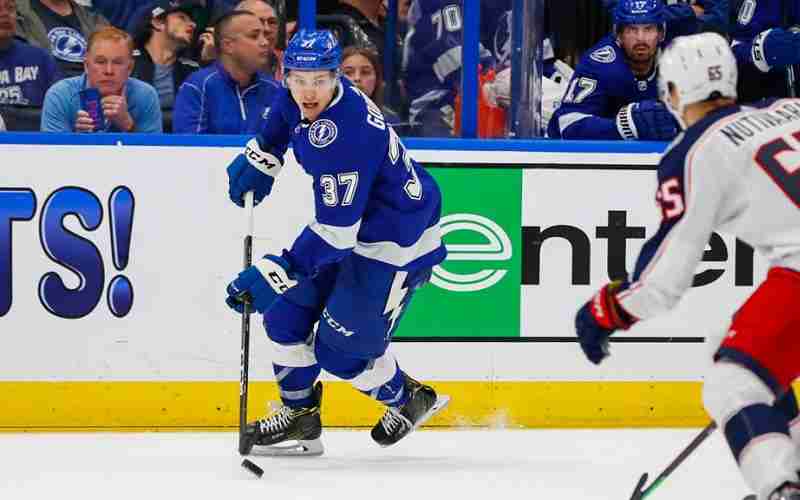 In the playoffs, no game can end in a tie. Given the low scoring nature of professional hockey, that scenario creates the possibility for an infinite game.

The Tampa Bay Lightning and the Columbus Blue Jackets decided to test that theory and delivered to fans the fourth-longest NHL playoff game in league history.

Fans of betting on the NHL Playoffs were a little put off because the matchup between the Carolina Hurricanes and the Boston Bruins was postponed due to the length of the Lightning game, and will occur today at 11 AM.

The tragedy is that Korposalo had 85 saves before giving up the game-winner, which is a new NHL playoff record. The previous high of 73 saves was set in 1987 by the New York Islander’s Kelly Hrudey.

On the other side of the ice, the Lightning’s goalie, Andrei Vasilevskiy, had 61 saves in a winning effort, just 12 short of the previous record. In total, there were 151 shots on goal between the two teams.

Tampa’s 3-2 victory has them positioned as the fourth most likely option in the Stanley Cup betting odds, but there is still a long way to go.

The following NHL Stanley Cup odds have been posted by Bovada Sportsbook.

The Columbus Blue Jackets find themselves at the bottom of the NHL betting odds and would appear to be a soft matchup for Tampa on paper.

Judging by last night’s performance, Columbus has a lot of fight left in them, and both teams are in for a struggle for the remainder of this first-round playoff series.

Similar to the NBA and MLS, the NHL is holding their playoffs in central locations that alleviate the need for unnecessary travel. The only difference is that the NHL is using two hub cities instead of one, and are basing all games out of Edmonton and Toronto.

Canada has also experienced a much lower rate of Coronavirus infection than the United States, which likely played a large factor in the league’s decision to keep the games north of the border.

The league has been doing a tremendous job of keeping players and staff free of infection so far, according to ESPN. Generally speaking, it would seem that the single location quarantine tactics are working best, as the NBA, MLS, and NHL are experiencing very low infection numbers.

The NFL has not announced a comprehensive plan for how they intend to host their season during pandemic conditions, but hub cities should be considered, as travel is a risk that professional leagues cannot afford at this time.