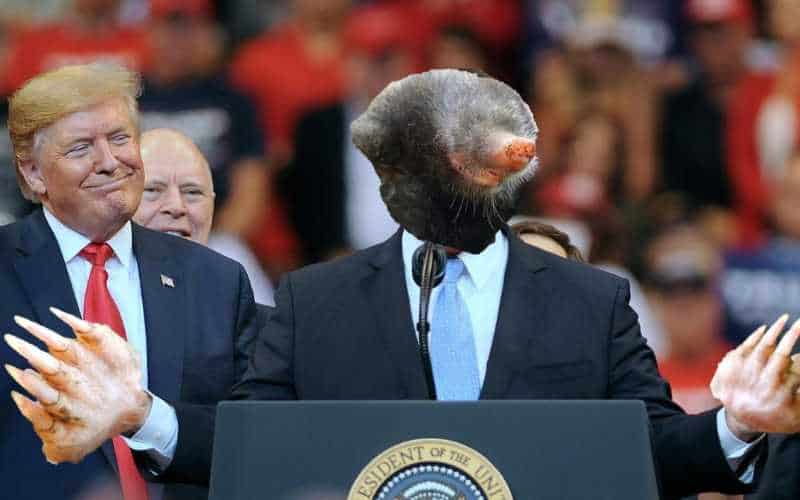 As we approach the 2022 Midterm elections, the US political landscape is changing seemingly by the day. But that’s always true.

Still, things feel different right now. Politics is anything but business as usual. These days, the institution is business as unusual.

Much of that, of course, is being spurred by the current recession and the general spending disaster that is the Joe Biden Administration.

The media’s been doing its best to deflect the public’s attention from that, feverishly covering nothingburgers like the recent FBI raid of the former (and future?) President’s Mar-a-Lago home in Florida.

But that, like everything else, has backfired bigly. Donald Trump grows more powerful with every attack.

Nevertheless, the raid – and resultant questions as to whether Trump will be indicted or arrested or tried or charged or sent off to wherever they send people off for “high treason” and whatever other such phony baloney nobody believes – has moved some of the current political odds a bit.

At most legal political betting sites, Trump is still the favorite to run for President and win back the White House in 2024, but Florida Governor Rod DeSantis has overtaken Trump in some key races.

In fact, at BetOnline specifically, DeSantis is actually favored to become the next President. For now.

So, with these developments in mind, here are the newest online election odds and our brief touts for each one:

Some of the above.

Democratic Nominee for the 2024 Election

None of the above.

Liz Cheney is 11th on the board at +5000, but we have a crazy theory about that, and here it is: Cheney is going to run for President in 2024, but she’s going to run on the Democrat side.

The left has no strong, palatable, marketable candidate, and they’re bleeding voters from the center. Cheney is the RINO of all RINOs, and she’s been the sweetheart of the political left – and the MSM – since January 6. Every House rep and Senator on the dark side of the aisle has professed his or her unfettered admiration for Cheney, which means she could well be the establishment “centrist” the Democrats need in 2024.

In any case, there’s no chance in hell Cheney’s going to get the GOP nod for 2024, and she’s not anti-establishment enough – or bipartisan enough – to make a meaningful third-party run.

Liz Cheney is the only one on this list that would be a reasonable fit. That is, if she doesn’t get the Democratic Presidential nomination.

Which makes her absence from those odds all the more confounding.

Interestingly, Ron DeSantis is way down the current list at +2500 odds to be the GOP Vice President candidate for 2024.

Tactically speaking, DeSantis should be the favorite or trending in second. If Trump runs, a DeSantis VP showing would be the most sensible thing.

The FL Governor can’t afford to challenge Trump in the primaries, nor can he afford to wait until 2028 to capitalize on his current popularity.

By then, he’d be two years out of politics, giving the next big thing a chance to steal his thunder.

The rationale here must be that both The Ronald and The Donald are equally likely to win the party nomination, but that DeSantis would fare better in the national election.

Pro-Tip: Bet on both DeSantis and Trump, and you’re guaranteed a decent payout if of them wins.

We expect the Republican odds to pay out less and less going forward.

Who is the Mar a Lago Mole?

As you can see, we’ve highlighted all the picks that are totally plausible and make the most sense. Meanwhile, we’ve left out the ones that simply stretch credulity a bit too far.

That said, one name has been curiously omitted: Donald Trump himself.

Yes, Donald Trump is the Mar-a-Lago mole. He is, after all, ever the showman.