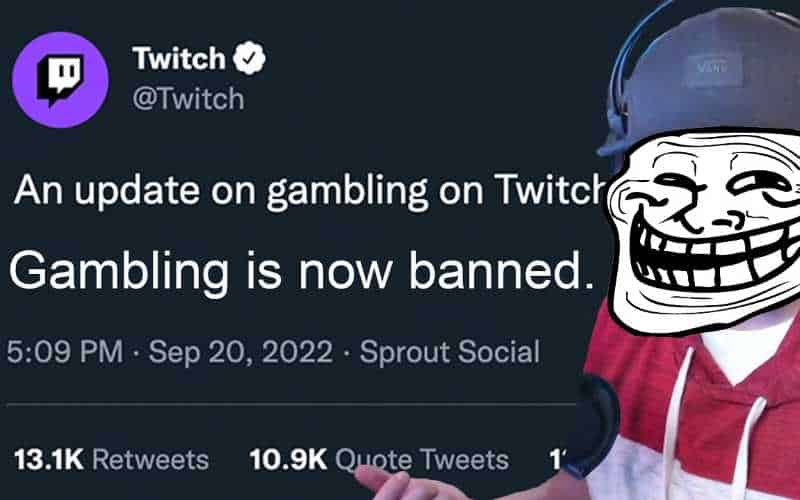 Online sports betting – and to an even greater degree, online casino gambling – are big businesses. But they’re also disruptive.

For example, in the US, there are fewer than 30 states with legal online sports betting despite it being over four years since PASPA was overturned.

So, the fact that US players can legally gamble with non-US-regulated online sportsbooks and online casinos is a problem. At least, it’s a problem to domestic operators.

That’s because these sites compete with brands like DraftKings and FanDuel and BetMGM, among others. And unlike those operators, the offshore operators have comparatively little (if any) overhead.

They also don’t have to share a cut of their profits with the US government, which allows them far greater latitude in the markets, odds, and bonuses they’re able to offer.

But as powerful and wealthy as domestic operators are (they’re involved in a half-billion-dollar campaign to get mobile sports betting legalized in California), they can’t seem to get states to actually ban their offshore competition.

There are very complex issues with that, including concerns about WTO compliance, quaint concepts like “fair trade,” and the small little matter of utter unenforceability.

So, for now – and for the foreseeable future – the offshore gambling industry is something that domestic operators need to deal with by offering a compelling competing product.

But there’s another snag: In addition to being unlikely to move the needle in terms of getting legal offshore betting sites banned, domestic providers are having a hell of a time going toe-to-toe with these sites in another very apples-to-apples way.

The elephant in the room here is that sites like Bovada, BetOnline, and Xbet all support cryptocurrency in addition to fiat money.

Local operators only accept USD as of 2022, and that puts them way behind the eight ball. (Will local sites ever be able to compete with that? My sources say no. Ask again later.)

In all seriousness, as legal online sports betting expands in the United States, the offshore product only seems to be picking up steam.

Many online sports bettors are finding out that geofenced local bookmakers have pretty crummy odds on hometown favorites (especially when they’re underdogs), that the promos are always more limited, and – above all – that betting with cryptocurrency is a pretty rewarding way to gamble.

As such, without full criminalization of the offshore betting pastime, it seems difficult to imagine a world where the US-based product is as good as – much less actually better than – the international product.

So, on to the big story of the week. Yes, yes, we buried the lede. But the above context is important, as it helps explain why what happened really happened.

So what really happened?

On Tuesday, Twitch – the live-streaming platform owned by Amazon and tailored to “gamers” – has banned unlicensed gambling feeds. Per Amazon:

An update on gambling on Twitch. pic.twitter.com/lckNTY9Edo

(Note the specific language above. We’ll come back to it in a moment.)

Now, according to Amazon’s statement, the ban currently only applies to casino gambling content and doesn’t affect “websites that focus on sports betting, fantasy sports, and poker.”

In other words, you can expect the ban to apply to live-streamed sports gambling, fantasy sports, and poker once the live-streaming audience for those pastimes is disruptive enough.

Back to the language: Amazon says the company is updating their policy:

“to prohibit streaming of gambling sites that include slots, roulette, or dice games that aren’t licensed either in the U.S. or other jurisdictions that provide sufficient consumer protection.”

So maybe the snowball doesn’t even need to roll down the hill. Maybe it’s already at the bottom.

Maybe the effective ban on “sports betting” and “poker” is already in place, as every one of major offshore operators that offers sports betting odds also offers online casino games and online poker.

Fantasy sports, though? There are no international venues that cater to the fantasy sports crowed. That’s tossed in as a bit of misdirection and nothing more. Keep reading, and you’ll see why.

Okay. Back to the main story.

On the surface, here’s what went down: A high-profile streamer named Abraham Mohammed (aka “Sliker”) is being blamed for pretty much everything. See, Sliker is a gambling addict, and he’s said to have scammed his fans out of $200,000 or so to help feed the beast.

As a result of this scandal, which Sliker himself admitted to in a Twitch broadcast, several other popular Twitch streamers spontaneously and totally organically started talking up a “Christmas week boycott” (because they’re so outraged that they’re going to protest in a few months, see). Then, it wasn’t a day or two after that until Amazon dropped the banhammer.

But maybe it’s not. Maybe this Sliker loser is just a patsy.

Maybe the real play here is that the “Christmas boycott” is cover to let a tech goliath do what Congress can’t: start muscling out crypto gambling.

But wait a minute. Why are we emphasizing crypto gambling when Amazon’s statement didn’t address crypto at all?

Today, the only real reason these sites exist is because they accept cryptocurrency deposits and deliver cryptocurrency payouts. The annoying UIGEA law has seen to that.

Both of these things challenge the status quo, and put together, they’re that much more of an affront to it.

So what the law can’t do, the tech barons can. Or, at least, they can try.

And they’re definitely trying. Take this piece from The Washington Post, headlined thus:

“Twitch cracks down on gambling, but streamers aren’t sure it’s enough”

Honestly, why do these “streamers” even care?

Here, the move to ban “unregulated gambling” seems less in the interest of “consumer protection” (Sliker could have conned his audience by getting addicted to regulated online casino games just as easily as unregulated ones) and more in the interest of pushing back against the one thing offshore betting sites offer that domestic venues don’t: Crypto support.

Amazon is cool with showcasing online gambling as long as it’s positioned in a way that they can get a cut. Sponsors and ads, baby. That’s all this is.

That’s all this is.