As Bitcoin Falls Below $20K, Should You Buy In Or Cash Out? 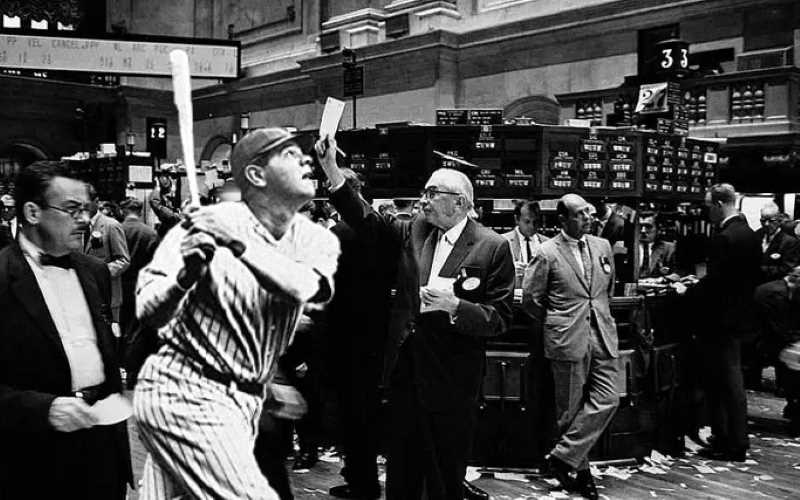 As Bitcoin falls below $20,000 – which, for some reason, is the exact arbitrary threshold under which everyone freaks the f*** out – there’s been a lot of discussion about the whys and wherefores.

Still others blame this anonymous whale unleashing 10,000 heretofore dormant BTC, even as that BTC was simply sent from one big wallet to hundreds of smaller wallets.

All might have merit, but the latter case is most interesting. Given that crypto is a speculation market, it is plausible – if not outright probable – that such a move would spook buyers and sellers alike.

Indeed, had this BTC been loosed upon actual exchanges, the Bitcoin price would have fallen significantly.

But it’s not nothing, and every little bit matters.

For better or worse, at least some of BTC’s value lies in the fact that there are billions of dollars of long unused BTC.

They never had a plan of succession, and – in some cases – BTC was so new that a “crypto will” wasn’t even a logical consideration. Who wills their video game skins to their grandkids, right?

Many presume that one of the creators of BTC – whoever that might be – may have biffed off under similar circumstances, believing that Satoshi Nakamoto’s true identity and the Bitcoin in his wallet are both lost forever.

Anyway, the long and the short of it is this:

There can only ever be 21 million total Bitcoins mined.

It’ll take another century and change for this to happen, but Bitcoin is fundamentally finite in nature. Thus, any extra scarcity that presents itself among existing mined BTC just adds value to the equation.

Any time a dormant wallet is activated, this removes value from said equation, as such wallets are generally considered “dead.”

Think about this scenario in terms of gold: If you suddenly found a giant vein of gold in your backyard and were able to add another half percent to the global supply, the global gold price would go down.

Or, since this is a sports betting site, think about it in terms of that 9.5-graded Mickey Mantle rookie card that just sold for more than three Honus Wagners.

If you’ve got that card and another one that’s almost as minty, simply torch the former, wait a while, put the latter up for auction, and profit bigly.

Conversely, if someone has a pack of 1952 Topps sealed in a vacuum chamber and drops an even more minty Mantle on the market, you’d lose a nice chunk of change on your recent purchase.

Scarcity is the thing, and anything that reframes the prevailing notion of empirical scarcity of a commodity reframes its trading price in the near term.

Now, to tie all this back into how it affects the Bitcoin bettor, there are two main takeaways here, and they depend on your specific situation:

Situation A: If you’re on the fence about Bitcoin and Bitcoin sports betting, it’s a great time to get started. You can get more BTC for your money, and the price isn’t likely to fall too much further.

Situation B: If you’re a first-time crypto gambler getting ready to claim some Bitcoin payouts, put in those withdrawal requests ASAP. Always pull out your BTC winnings when BTC is trending low.

Remember, modern online sportsbooks allow you to keep your balance in mBTC (milliBitcoin) instead of USD. This means that your betting balance will fluctuate in real time with the actual current BTC price.

This is a massive advantage for the average bettor/crypto investor.

Pulling out your wins when Bitcoin is worth less than it was when you deposited means you’ll get more BTC for your money.

In many ways, it’s important to somewhat disconnect Bitcoin’s “value” from its USD equivalent. That seems counterintuitive, but focusing too much on what a given fraction of BTC is worth in dollars could cause you to lose a bit of sense.

Try to view BTC as its own unit. It’s still important to refer back to the current BTC-USD exchange rate, but only as a way to gauge when you need to act.

The BTC numbers – not the USD numbers as such – are what matter.

Now, to be sure, everything here is predicated on the assumption that over the long term, the Bitcoin price will always go up and eventually eclipse its all-time high (which, for the record, is currently north of $60,000, achieved in mid-2021).

The goal is to get more Bitcoin, not more USD.

At least, not yet. (You’ll only care about that at the very end when you’re ready to cash all the way out to buy your fleet of Unimogs and build that giant coquina castle with heated ramparts in the middle of the Wyoming wilderness.)

So, if you buy BTC when the USD price is lower than the recent average, you get more BTC.

Then, when betting, if you do so when the USD price of Bitcoin is higher than its recent average, you’ll be able to place bigger bets.

Remember, if you buy X Bitcoin, you should budget your wager amounts in terms of fractions thereof. Don’t bet $100 of BTC on a given event, bet whatever fraction of BTC was worth $100 at the time of your deposit.

This is a bigger bet, but you already budgeted for it in terms of the BTC numbers, not the USD numbers. It’s basically its own kind of sports betting bonus (which, incidentally, is exactly why Bovada Sportsbook doesn’t let you take advantage of their Premium Bitcoin-Exclusive Membership tier if you keep your deposits in mBTC instead of USD).

Then, when you’ve won enough wagers and wish to cash out your BTC/mBTC (in BTC – never cash out BTC to USD; do that later at the exchanges if you must), put in your request when the Bitcoin price is again at a comparative average low.

If you claim your winnings in Bitcoin when the BTC value is especially high, that looks great on paper.

But that price is going to fall. It’s inevitable.

And in such cases, your payout will now be losing value instead of gaining value.