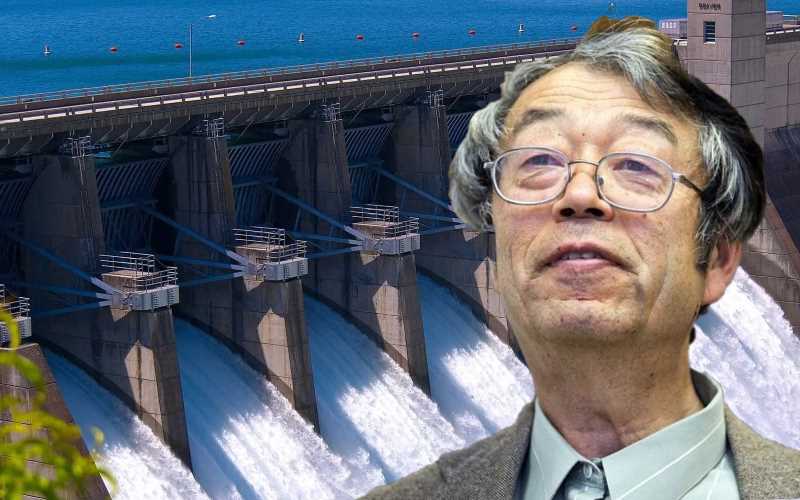 Earlier this week, we briefly mentioned the phenomenon of dormant Bitcoin wallets and their impact on the market once they “wake up.”

In most cases, the owners of such wallets know better than to loose all their crypto onto the exchanges in one fell swoop. Given enough coinage, this would cause a rapid sell-off and dip, costing said owner – and everyone else – a substantial amount of value in the short and medium terms.

With that in mind, we’ve been thinking about the biggest dormant wallet of all: the so-called Satoshi Nakamoto wallet.

Now, this isn’t a literal single BTC wallet, it’s a series of wallets and old transactions linked to an OG Bitcoin address believed to be that of the crypto’s pseudonymous creator(s).

Anyone with access to the dormant wallets where Satoshi’s crypto currently resides could prove their identity as Bitcoin creator by simply demonstrating possession of the keys.

Of course, this hasn’t happened yet. And it’s a good thing, too.

At today’s valuation, that’s a USD equivalent of over $19.3 billion. That would put Satoshi – whoever he is – near the bottom of the current Forbes’ Top 100 Billionaires list.

In a few years, it’s conceivable that Satoshi could become the world’s richest person outright.

But again, if Satoshi released all those coins to the exchanges at once, the BTC price would plummet incredibly – and his wealth with it. That’s not a smart move unless other life circumstances dictate the necessity.

If you’re betting with Bitcoin, that’s not the way to do it.

However, even if some person comes out of the woodwork and actually proves themselves to be Satoshi by showing access to the keys in question, this would similarly – albeit somewhat less drastically – tank the BTC price.

And that would also be an unsound business move.

The creator of Bitcoin probably has no real interest in destroying Bitcoin, after all. (Yes, we’re assuming Satoshi isn’t the world’s biggest troll running the world’s longest con.)

All this presents a real conundrum: Assuming Satoshi is still alive and those coins aren’t actually lost forever, how could they be released – how could Satoshi cash out like a proper gambler always must – without causing the BTC market to go into an irreversible (or nearly irreversible) tailspin?

Remember, even someone merely demonstrating ownership of those nearly one million Bitcoins – and doing so without transferring them to any exchanges or giving up custody of even a fraction of a single Bitcoin – would cast a massive cloud over the entire Bitcoin network.

And since the crypto market goes as Bitcoin goes, this would lead to an incredible crash the likes of which we’ve never seen.

We’re all about buying the dip, but there’s a limit, you know?

So, is there a way that this Satoshi guy/entity could effectively “cash out” their Bitcoin without destroying the platform or the wider crypto marketplace?

Disclaimer: I’m not sure this is a new idea. It probably isn’t. But I ran it up the flagpole among some much more informed crypto enthusiast pals of mine, and they didn’t immediately link me to an existing article positing the same plan. This, at the very least, means my notion – if not totally novel – is novel enough to warrant this post. And again, this assumes “Satoshi” is actually still alive. And that he isn’t King Troll.

One day in the not-too-distant future, Satoshi presents himself and proves his identity by showing he has access to the 980,000 Bitcoin in question.

But in the same press conference – before the markets tank on the news – Satoshi also announces that he will not be releasing these Bitcoin on the open exchange markets or into the existing active supply.

Instead, Satoshi has created a unique Ethereum NFT (and/or Cardano NFT, etc.) of every single Satoshi Original™ Bitcoin (ticker symbol SOB), giving each its own number and digital certificate of authenticity.

Satoshi’s Bitcoins are so mythical at this point that they would indeed be actual collectors’ items traded as such.

Now, all that Bitcoin is 100% accounted for and back on the market, but it doesn’t disrupt the current model of established/expected Bitcoin scarcity.

What do you think?

Would you pay a premium for a tokenized Bitcoin NFT to have a piece of crypto history in the form of a whole Bitcoin that would always be worth more than its equivalent non-Satoshi Original™?