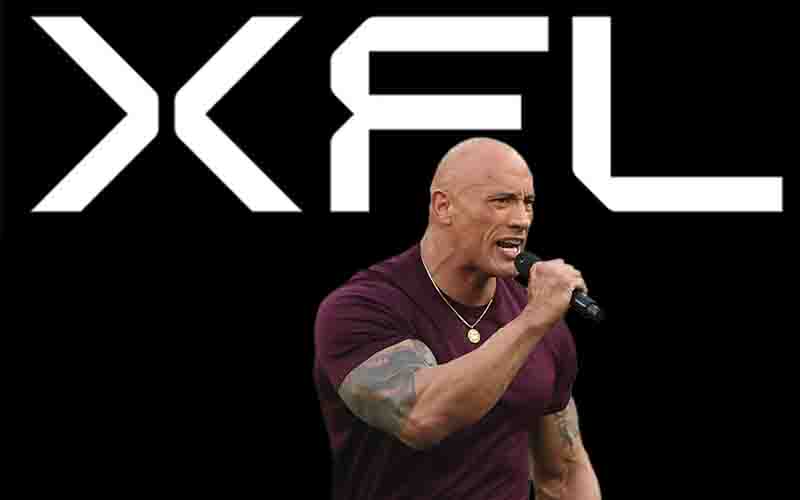 The XFL still appears on track for a debut in the spring of 2023 and has made several head coaching hires over the past few days. While the hiring process appears to be complete with enough coaches for all 8 XFL teams, the league has yet to announce which franchise they will be calling the signals for.

The new-look XFL has also resulted in a rebranding of its main logo which was dropped last week, likely an effort to completely separate Duane Johnson’s era from the prior WWE-run league.

So what does this mean for betting on the XFL? It at least signals that the rebirth of the USFL is not going to derail any of the XFL’s plans to begin play next spring.

The rehiring of former Dallas Renegades head coach Bob Stoops is also promising as it reveals that his hardship over unpaid salary is with the prior leadership and not the current team lead by the Rock.

While it is uncertain at this time which teams will be returning to the 2023 incarnation of the XFL, indications are present that at least two franchises will be in new cities when the league relaunches.

Coach Terrell Buckley has been tied to a potential XFL franchise in Orlando, Florida. Coach Reggie Barlow has been connected to a San Antonio-based XFL team.

This furthers speculation that the XFL has acquired the San Antonio Commanders who played in the now-defunct AAF (Alliance of American Football). The acquisition would make sense as the San Antonio region is one of the most populated areas without a pro football presence in the entire United States.

This Saturday, both the USFL and Fan-Controlled Football will begin their 2022 seasons. While the FCF is more of a gimmick league aimed at creating an entirely new breed of pro football, the USFL offers standard 11 on 11 gridiron action that will look familiar to traditional fans of the game.

If USFL betting can capture the momentum that was created by wagering on XFL games back in 2020, that could spell trouble for Duane Johnson and his team of investors as they’ll be playing catch-up ball once their product is reintroduced next year.

While odds for betting on the FCF have struggled to earn a foothold at online sportsbooks, USFL odds and lines have flooded the boards in anticipation of this weekend’s debut games.

In a perfect world, both the USFL and XFL could exist harmoniously alongside one another. At best, only one can survive, and it appears that the United States Football League will win round one unopposed.