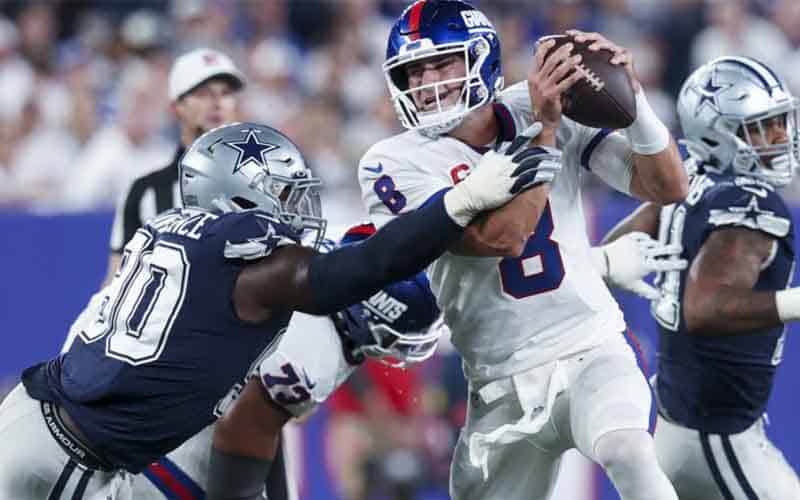 Today’s slate of Thanksgiving NFL games features three matchups that all have playoff implications attached despite two of them including massive point spreads that would normally indicate a certain victory.

First up for Thanksgiving NFL betting is the Super Bowl favorite Buffalo Bills against the better-than-expected Detroit Lions.

While many are still betting on the Buffalo Bills to finally get over the hump as a franchise and win Super Bowl 57, they’ve been slipping over the past few weeks and now find themselves in second place in the AFC East Division behind the Miami Dolphins.

The Bills are favored by a massive spread of 10 points, but the Detroit Lions have been impressive on offense this season, averaging 25 points per game. The offensive efforts of the Lions have not matched up with their defense, as they allow 28.2 PPG, resulting in their current win-loss record of 4-6.

Still, we can help but be tempted by that 10-point line and will likely lay our action on Detroit to cover.

This NFC East rivalry will play heavily into the wild card seeding in this year’s NFL Playoffs, with the winning team retaining a slim chance of catching the Philadelphia Eagles, who currently lead the division.

Betting on the Dallas Cowboys and their -9.5 spread seems like a risky proposition, but they were able to beat the Giants in New York by 8 points in Week 3.

NFL betting sites must believe that the Dallas team that whipped the Minnesota Vikings last weekend will show up today and not the team that couldn’t put away the struggling Green Bay Packers the week prior.  If we had to place a bet right now, it would be for the Giants to cover.

The surging New England Patriots will travel to face the Minnesota Vikings to close out Thanksgiving evening. The Vikings are favored by a field goal, but that’s all they managed to score last Sunday against Dallas.

We’re leaning toward betting on the New England Patriots to not only cover but to outright win the game, as head coach Bill Belichick will certainly study the efforts of the Cowboys’ defense and try to mimic it.

Bovada Sportsbook has created a category for Thanksgiving NFL prop bets, asking gamblers to weigh in on a cornucopia of pro football outcomes from all three games.

These Thanksgiving props provide an entertaining alternative to wagering on standard NFL betting lines, so consider laying some action on one of the following to add a little spice to the holiday festivities.