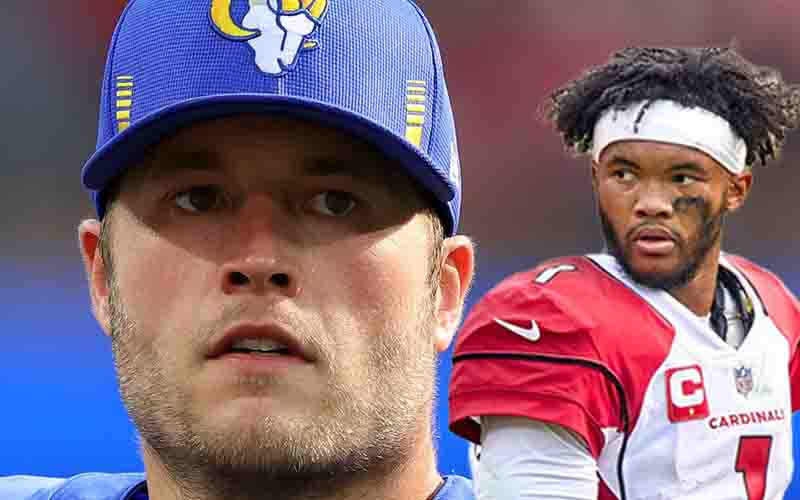 It seems that the NFL has finally settled on a schedule for their Super Wild Card Weekend that perfectly accents the first Saturday, Sunday, and Monday that follows the conclusion of the regular season.

Two playoff games on Saturday, a triple-header on Sunday, and a postseason edition of Monday Night Football concludes the 2021-22 Super Wild Card Weekend this evening with Los Angeles Rams vs Arizona Cardinals odds that imply an LA win.

The LA Rams lost their Week 18 game against the San Francisco 49ers and opened the door for the Arizona Cardinals to clinch the NFC West Division with a win against the Seattle Seahawks.

The Cardinals lost to the Seahawks by a score of 38-31, awarding the division crown to the Rams and causing them to travel to SoFi Stadium in Los Angeles to face them in the wild card round.

Most online sports betting sites are favoring the Rams by NFL point spreads in the range of a field goal, which is roughly the standard advantage granted to the home team across all of football, regardless of level.

Combining the over/under with the point spread projects a final result of LA 27, Arizona 24, and NFL moneylines for Arizona are currently featuring decent profit potential, awarding $1.55 for each dollar risked on them winning.

Let’s have a look at the two Rams vs. Cardinals matchups from the regular season for some betting insight into tonight’s wild card playoff game.

The first 2021-22 matchup between these two NFC West rivals was not much of a contest at all, with Kyler Murray and the Cardinals taking a 37-13 lead into the late fourth quarter.

LA had no answer for the Arizona defense as the Cardinals simply kept scoring routinely while the Rams offense stopped producing in the middle of the second quarter.

This game was nearly a mirror image of their Week 4 contest where the scoring was back and forth early, but this time it was LA who was able to separate in the 3rd quarter.

The difference? Two interceptions thrown by Murray were the difference, and as luck would have it, there are two NFL prop bets on the boards providing moneylines on how many each starting QB will throw tonight.

The likelihood of a Stafford interception is slightly higher than the probability of Kyler Murray throwing one if you buy into the above odds for NFL Playoff betting.

During their Week 14 clash, Arizona struggled to move the ball on the ground outside of when Murray ran it himself. Unfortunately, our staff was unable to locate any specific lines that attempted to predict the number of yards that Cardinals’ running back James Connor would tally tonight, as their success could rest heavily upon his efforts.

The temperature at kickoff is forecast to be 57 degrees with clear Los Angeles skies, providing for a perfect NFL Playoff atmosphere with minimal variables.

The only remaining outlier is for readers to place their NFL Playoff bets now, well in advance of tonight’s 8:15 PM kickoff on ESPN.