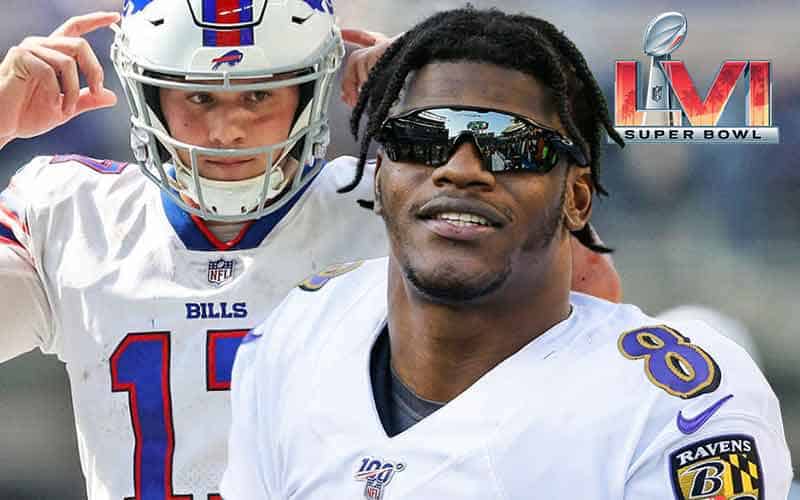 NFL oddsmakers have been placing the Kansas City Chiefs at the top of the odds for betting on Super Bowl 56 since the conclusion of last year’s big game, but after dropping their third contest of the 2021-22 season in just five weeks of play, there’s a new franchise that is on top of all other pro football competition – the Buffalo Bills.

Last night, Josh Allen and the Bills took it to the Chiefs, defeating them handily by a score of 38-20. The Bills focused their 2021 NFL Draft efforts toward bolstering their defensive line for the specific intentions of matching up better against KC.

The addition of first-rounder DE Greg Rousseau and second-round selection DE Boogie Basham seemed to make the difference, as Buffalo hammered the Chiefs by 18 points at Arrowhead, surrendering a mere touchdown in the second half.

The only undefeated team remaining in pro football is the 5-0 Arizona Cardinals, however, legal NFL betting sites have them listed with a +1000 moneyline which will net $10 for every dollar wagered if Kyler Murray and his all-star roster of veterans win Super Bowl 56.

If the Cardinals continue to peck their way through the NFC West, their current Super Bowl odds will narrow so gamblers may want to consider laying some action now before the bookies get wise. Their roster closely resembles the Peyton Manning-led Denver Broncos from a few years ago, except with a fully-realized, 24-year-old Kyler Murray under center.

When removing the Chiefs from the conversation, the next most likely AFC team in the NFL Playoff betting odds to advance to SB LVI after the Bills are the Baltimore Ravens of the AFC North, who can gain a little room on the Cleveland Browns and Cincinnati Bengals with a win tonight against the Indianapolis Colts on Monday Night Football.

After a Week 1 stumble against the Las Vegas Raiders, the 3-1 Ravens are back on track and are favored to beat the Colts by 7 a home tonight.

Gamblers that bet on the Pittsburgh Steelers to cover against the Denver Broncos earned an easy win yesterday as they outright won the game as a 1.5 point underdog, and when glancing at the AFC North standings, it becomes clear why the Ravens cannot suffer an undue loss this evening.

Indianapolis is a somewhat formidable opponent and can offer resistance if Baltimore enters this game without focus, but if they bring their A-game and hold serve at home tonight, they should be able to easily cover the 7-point spread and move on to 4-1.