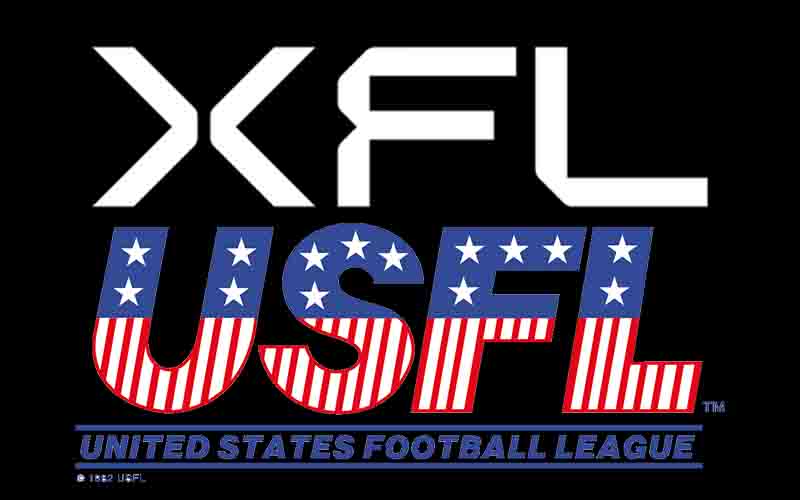 The USFL has completed its second week of regular-season games and while the on-field product passes as legitimate gridiron action, the league does not seem to be building much momentum.

While there is no doubt that professional football is the dominant spectator sport in the United States today, spring leagues have yet to establish any longevity. Is there an appetite for spring football in the USA?

Following the frenzy surrounding betting on the Super Bowl each February, football takes a break until the fall. This gap in the schedule has caused for rival leagues to now compete and claim their slice of the spring football pie, but is there enough interest from fans to even warrant a solid serving.

The USFL announced its intentions to begin play in 2022, one year prior to the XFL’s second comeback. FOX, the owner of the USFL, is tied into a three-year deal with the intent to broadcast their games on the FS1 Network.

FOX was also a host for XFL games, so it seems that the television broadcast giant has supplanted it with their own league. Who could blame them?

The XFL started off hot the week after Super Bowl LIV in 2020, but ratings had plateaued by March just before the return season was canceled due to COVID-19. XFL betting, however, was beginning to generate interest and take hold at online sportsbooks.

The second half of the XFL season would have placed their games up against the March Madness Tournament so it can be assumed that viewership would have dropped even more.

The USFL began its reboot season just after March Madness betting concluded, but has it helped the television ratings? Not really. Viewership is trending downward with games averaging less than 400,000 people watching at any given time.

The fatal flaw in the USFL’s new design is a nearly complete lack of fan engagement. Because all games take place in Birmingham, Alabama, regional fans are unable to attend and cheer on their local USFL team.

This has resulted in microscopic crowds at most games where the Birmingham Stallions are not involved, and the sparse attendance is actually drawing attention away from the action on the field.

Even the inclusion of USFL betting at most major domestic and offshore sportsbooks has not seemed to enhance the experience for fans and viewers.

This scenario has left the door wide open for the XFL to return in February of 2023 and blow the doors off of the USFL with solid home crowds and engaged fans that are eager to return and support their local franchise.

Existing XFL fanbases in Seattle, Houston, and St. Louis are expected to be enhanced by new markets to replace franchises that were lagging behind during the 2020 XFL season.

The 2023 XFL Season will have a full 8-week jump on the USFL. There’s also the talent pool to consider, as many current USFL players are former XFL’ers.

The cost-cutting move of housing all USFL 2022 season games within Birmingham could spell doom for the entire league as they’ve now lost 10 calendar months of lead time on the XFL.

Instead of the USFL stepping on the competition’s neck while they were on the shelf, they’ve created the perfect scenario for the XFL to return and thrive in 2023.