College basketball plays host to one of the most popular postseason tournaments in sports: NCAA March Madness. Every year, millions of NCAA basketball fans fill out brackets and place bets with the hope that they can predict the season’s eventual champion. Sure, a perfect bracket will certainly win a prize worth several thousand, or possibly even a million-plus dollars, but payouts can be earned much easier during March Madness by betting on college basketball games.

Betting odds and lines are available nearly year-round, making it easy for casual bettors and seasoned vets to study, contemplate, and wager on game lines and futures bets. To compliment that information, we have created this guide to aid March Madness betting. Here, we offer legal info, betting odds, historical data, and more to help ensure you have everything you need to be the most informed NCAAB bettors possible.

Is It Legal To Bet On The March Madness Tournament?

Yes, it is. Not only is online sports betting legal throughout most of the United States, but many states have legalized domestic sports betting within their jurisdictions. If you are in one of those states, all that is required to bet on the NCAA March Madness College Basketball Tournament is a visit to a local in-person, online, or mobile sportsbook.

US bettors can wager on March Madness at offshore betting sites like the ones we feature in the table below, and there are no federal laws that forbid it. CT and WA have passed laws forbidding local online gambling, but many of our top-rated betting sites accept members from those two states. That's why we recommend reading through all regional gaming laws, as well as the terms and conditions of offshore sportsbook membership, before placing any March Madness bets.

Each year, sportsbooks will roll out odds for which team will win the March Madness Tournament and become the men's basketball national champion. Odds are offered in money line form that indicates how much can be earned by betting on them, and what their odds of winning are. Since there are so many teams included in the betting line, even the most favored team will be listed with positive odds, meaning that there'll be a payout higher than what bettors risk no matter which team they select.

The NCAA Men's Basketball Champion betting line featured below is on the boards all year, and typically gets posted at college basketball sportsbooks right after the national champion is crowned for the previous season. The only downside is that bets can take months to payout. 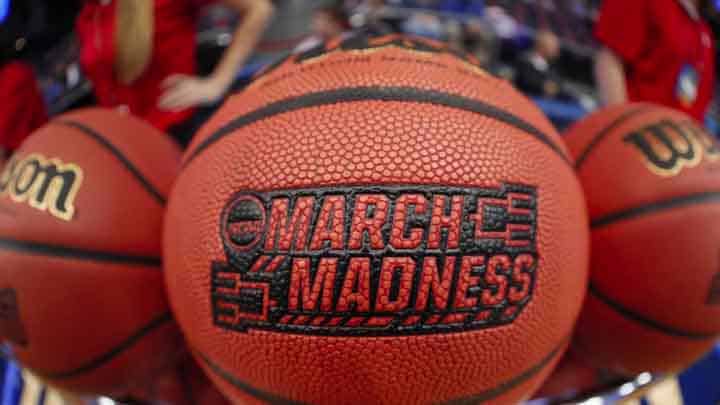 How Do You Bet On March Madness?

As discussed previously, US bettors that want to know how to bet on March Madness can visit a domestic sportsbook or wager at one of the international college basketball betting sites we recommend in this guide. Futures bets can be made on the eventual champion, or wagers can be made on individual games inside of the tournament.

Individual game bets allow for action to be placed on point spreads, money line winners, over/unders, prop bets, and even allows for live bets to be placed in-game. While not exactly betting, the most popular option for predicting March Madness results is completing brackets where each fan attempts to attain a perfect bracket. It's never happened, but if and when it does, the winner will earn a hefty payday.

Bitcoin (BTC) and other forms of cryptocurrency are the preferred banking method at offshore betting sites. Bitcoin deposits can be made quickly and will have patrons betting on the March Madness Tournament within minutes. Bitcoin withdrawals are the only transaction method that can be completed within 24 hours of its request - an exclusive in the online betting industry. Crypto also features built-in encryption for the ultimate in secure transactions.

Bankroll management is a priority when betting on March Madness because there are so many games that funds can get depleted quickly. Declare a budget for March Madness betting and ensure that it is sourced from disposable incoming - meaning assets remaining after all bills have been paid.

Set a betting limit of 3%-5% of your total bankroll for each game. This will allow at least 20 bets to be made, assuming all of them fail, which is not a likely outcome. It will keep bettors from making hasty wagers and will keep gamblers in the action much deeper into the tournament.

We also suggest belonging to more than one sportsbook because odds are different at each site. If the Duke Blu Devils are favored by 10 at one book and by 12 at another, selecting the line that favors them by 10 will provide an easier path to a win. Being mindful of these three bankroll management strategies will go a long way toward maximizing

The 2020-21 NCAA college basketball regular season runs from November 25 through March 7. After the end of the regular season, though, the real action begins in mid-March. The following dates are ones to remember when betting on the March Madness tournament.

Every year, 70 million March Madness brackets are completed and entered into contests. Even former President Barack Obama filled out a bracket on ESPN each year he was in office. The tournament bracket is a grid of every matchup in the single-elimination tournament.

“Bracketologists” must then predict as many correct winners as possible from the First Round all the way through the Championship game. This is no easy task. There has never been a verified perfect bracket, probably due to the 1 in 9.2 quintillion probability of it actually happening. 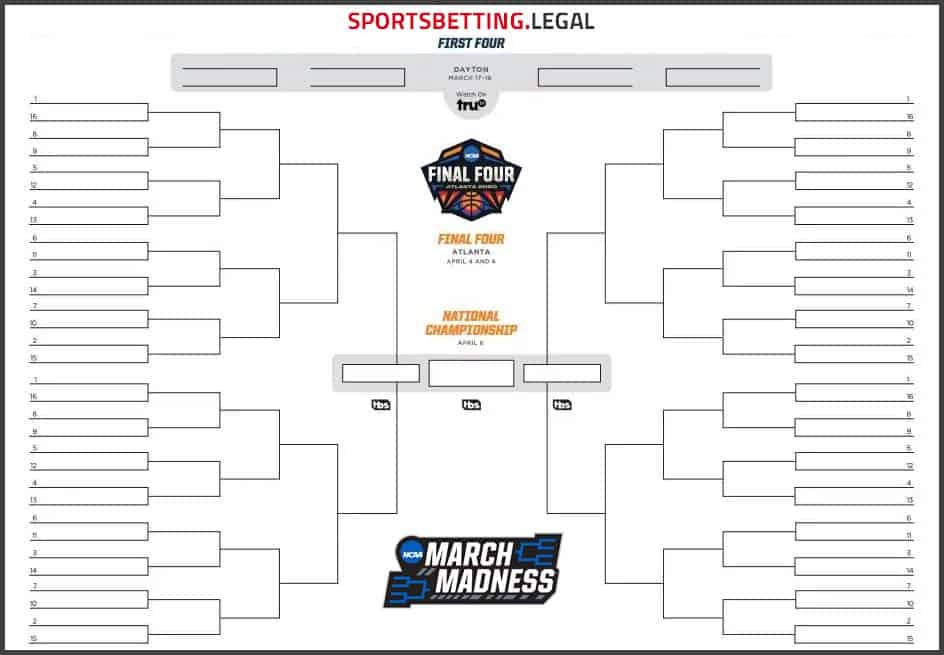 The Oregon Ducks were the first team to ever win the men’s college basketball championship in 1939. Since then, many teams have gone on to hoist the trophy and cut the nets, including 11 from UCLA, eight from Kentucky, six from North Carolina, and five each from Duke and Indiana.

The following list is the most recent winners from the beginning of the 21st century: