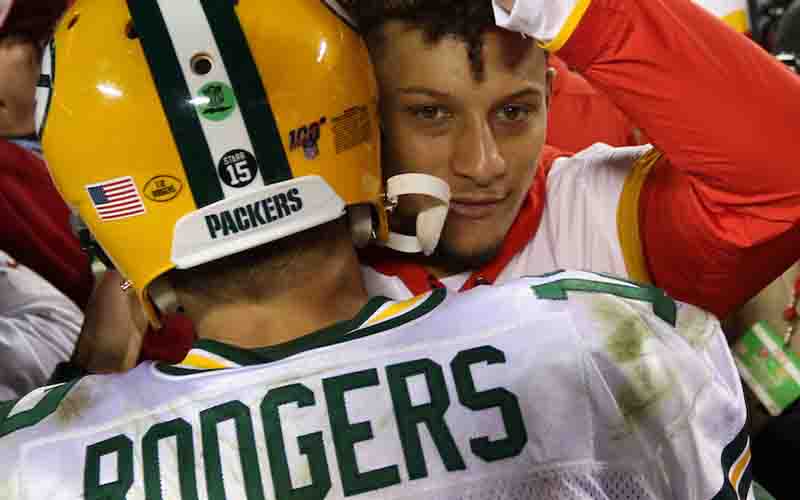 Our staff called our shot in regards to betting on the Green Bay Packers and their odds of winning Super Bowl 56 a few weeks back, but we never envisioned a scenario where the New Orleans Saints would shut out the Tampa Bay Buccaneers in embarrassing fashion.

The Bucs couldn’t manage to score a single point against the Saints last Sunday night, and now NFL oddsmakers have adjusted their expectations for which franchise will be hoisting the Lombardi Trophy at the conclusion of Super Bowl LVI.

Super Bowl betting sites are now favoring an outcome where the Packers face the Kansas City Chiefs at SoFi Stadium this February 13th, and there’s no reason to believe that either will lose any of their remaining games and relinquish their number one seeding prior to the season’s end.

If KC and Green Bay follow through with the current projections, they’ll secure the only bye week in the NFL Playoffs and place themselves two home wins away from reaching Super Bowl 56.

The pro football futures at online sports betting sites have been compiled to forecast NFL Playoff picture odds that suggest Green Bay and the Chiefs will hold serve and face off for the championship, but there are several teams that can upset that potential path to the Super Bowl.

These new calculations differ from recent weeks where Tampa Bay and the New England Patriots were favored to advance to the final game and grant NFL audiences another chapter in the heated rivalry between Bucs quarterback Tom Brady and his former head coach Bill Belichick.

Now, both Tampa and New England are figured to lose the NFC and AFC Championship games and give both Aaron Rodgers and Patrick Mahomes a chance at winning their second ring.

Here are some other Super Bowl contenders that fall outside of the top 4 that have the potential to make some noise in the NFL Playoffs if they can get healthy by January.

Los Angeles Rams – LA how now reeled off two impressive wins in a row and still have time to climb over top the Arizona Cardinals in the NFC West. The Rams are basically locked into the 5 seed and can only improve their standing. They’ve been to a Super Bowl recently, and they’re inarguably a much better team this go-round with Matthew Stafford under center. The only trouble is that they’ll likely have to do all of their work on the road.

Tennessee Titans – The success of the Titans is entirely dependant upon the healthy return of running back Derrick Henry. With their All-Pro RB in the lineup, Tennessee is a tough out that has the potential to defeat any team in the league. Henry appears on track for a return soon, making the Titans a team to pay attention to in the 2021-22 NFL Playoffs.

San Francisco 49ers – The 49ers are not too far removed from a Super Bowl appearance and are approaching full health at just the right time of year. If San Francisco can play .500 ball going forth, they’ll secure the 6 or 7 seed in the NFC and have the potential to do some damage if at full strength.