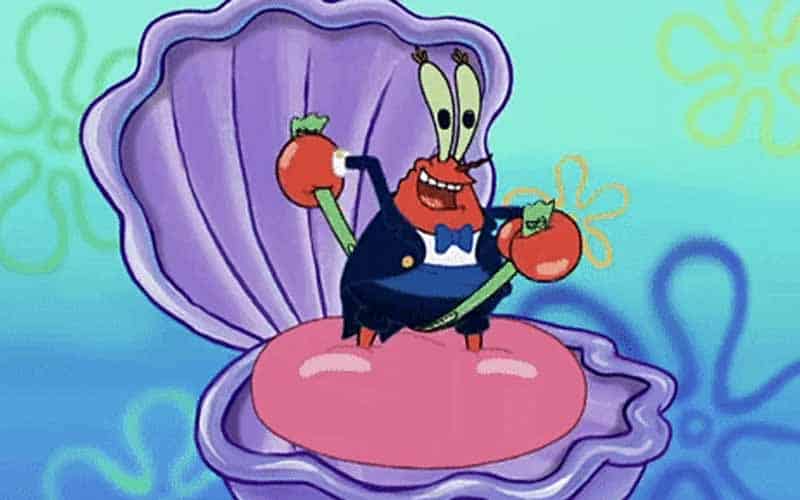 You don’t need to be Mr. Krabs to see that New Hampshire is preparing to dig for sports betting clams in Massachusetts.

Back in July, New Hampshire became the sixth state of 2019 to legalize sports betting when Gov. Chris Sununu signed HB 480 into law.

According to New Hampshire sports betting law—which allows wagering in-person, online, and for mobile apps—sportsbooks may only set up shop in cities and towns that approve of operators ahead of time with a majority vote to allow sports betting via ballot referendum.

And because the law limits the number of sports betting licenses issued—10 licenses for brick-and-mortar locations and five licenses for mobile apps—city officials from around the state are working quickly to put the question of “Shall we allow the operation of sportsbook retail locations within the town or city?” on the November 5 election ballot.

Berlin, Concord, Dover, Franklin, Laconia, Manchester, and Nashua officials have already authorized the question in the hopes of receiving majority approval of sports betting from voters in their respective municipalities.

City officials in Claremont, Portsmouth, and Somersworth are also reportedly considering whether to put sports betting on the ballot.

Out of all the NH municipalities looking to receive voter approval on sports betting, Nashua—the most recent city to add the sports betting question to its ballot after the Board of Alderman voted on the issue last week—and Manchester will have by far the biggest impact if residents allow a sportsbook to operate in their cities.

But why Nashua? It turns out, the potential success of NH sports betting has a lot more to do with the inability of Massachusetts lawmakers to pass legislation than anything else.

Nashua is the closest city to the NH-MA border, with a commute by car clocking in at around a 10-minutes when coming from Massachusetts.

And the New Hampshire Lottery—the sole authority for creating rules and establishing regulations for NH sportsbook operators—has their set their sights on Massachusetts’ biggest prize: Boston.

Nashua is just under an hour’s drive from Boston, which has a population of nearly 700K in 2019, according to the World Population Review.

However, that figure is only representative of the number of people living inside the city limits of Massachusetts’ state capital.

If Manchester—roughly over an hour’s drive from Boston—and Nashua were to both receive voter approval and allow their respective municipalities to offer legal sports betting, then those two cities would unquestionably turn into prime real estate.

Both cities would be the closest locations to offer sportsbooks to the Greater Boston metropolitan area, which has a staggering population of over 8.1 million people—the 6th most populous combined statistical area in the United States.

Boston is also home to some of the most cherished professional sports franchises and passionate fan bases found anywhere in the country. The Bruins, Celtics, and Red Sox have all won titles since the turn of the century and consistently field championship-caliber teams.

But no team in Massachusetts would draw as much action as the 6-time Super Bowl champion New England Patriots, who are headquartered in Foxborough—less than an hour and a half drive from either Nashua or Manchester.

For sportsbooks, betting on the NFL is hands-down the profitable time of year. With millions of fans wanting to wager on the best professional football team for the past two decades—and with Bill Belichick and Tom Brady favored win again, having the best Super Bowl LIV odds this season—it’s no surprise why New Hampshire sees green just across the border.

Although the NH Lottery doesn’t expect to have sports betting ready for launch until sometime in 2020, executive director Charlie McIntyre is banking on a lot of Massachusetts residents crossing the border once city’s receive approval, providers are contracted, and the state’s sportsbooks are ready to accept wagers.

“The best kind of money is out-of-state money,” McIntyre said, according to the Manchester Union-Leader. “So I can’t negotiate contracts ahead of time, but certainly that is where our heads are at.”

McIntrye said New Hampshire expects to generate $10 million in tax revenue during the 2020-2021 fiscal year, which will go directly toward public education in the state.

However, that figure could be more or less depending on whether MA lawmakers pass their own sports betting legislation. The Massachusetts General Court, the state legislature, currently has 15 pending bills related to legalizing sports betting, according to our bill tracker.

But with each passing day, the odds of placing bets in Massachusetts continue to get worse and worse, and it’s beginning to look as though state representatives and senators have no interest in legalizing sports betting at this time.

MA lawmakers also appear to be at an impasse on what exactly should be included in the final bill, according to a late August report by the Boston Globe.

Debates over whether to prohibit or allow wagering on college sporting events—despite no state outright banning college sports betting—appears to among the hotly contested issues. Whether to allow online and mobile betting, offer sportsbooks through the lottery and how to protect consumers are also among many concerns raised by MA lawmakers.

With legalization all but off the table for 2019, and looking doubtful for 2020 as well, it may be several years before Massachusetts passing any sports betting legislation.

And if that’s indeed the future of legal sports betting in the Bay State, then at least the sportsbooks in New Hampshire will soon be more than happy to accept your clams.