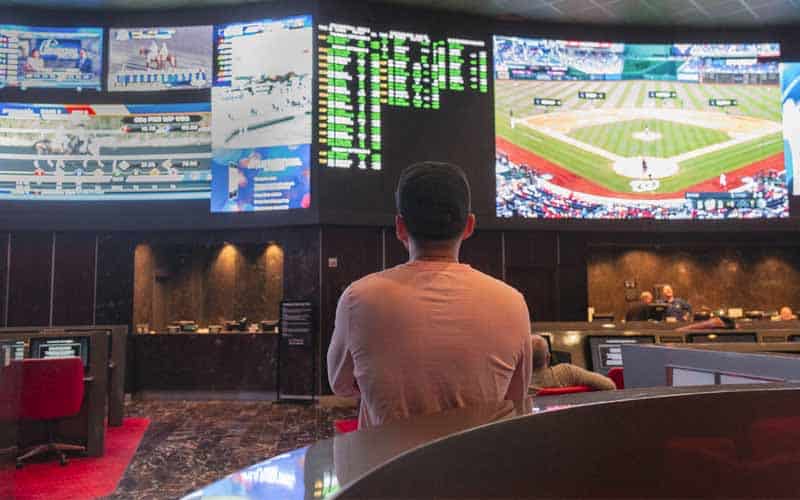 “The House always wins” is no longer true after the coronavirus caused sportsbooks in Las Vegas and Nevada to suffered considerable losses in March 2020.

Across all of the state’s sportsbook operators, the total amount of revenue generated from Nevada sports betting amounted to $1.45 million, according to the March report released on Wednesday by the Nevada Gaming Control Board.

When major sports leagues suspended play and the NCAA canceled the men’s and women’s basketball tournaments last month, most forecasts projected that gambling operators from around the world would suffer without legal betting on March Madness and other sporting events.

To compare next to the $1.45 million from this year: Nevada sportsbooks won a record of $32.5 million in March 2019 — a staggering drop of more than 95% from last year’s gross revenue.

As far as how much money was bet in total, Michael Lawton, a senior research analyst for the NGCB, said the state’s sports betting handle was a far cry from the record-breaking figures that Nevada operators had put up within the past year.

“Volume [overall handle] was just $141.2 million compared to a record $596.8 million last March,” Lawton said in an interview with VSIN. “That was the all-time monthly handle record until the books took $614 million in bets in November.”

Basketball wagering alone had actually generated $5.88 million in profit before the NBA’s March 11 announcement that led to all US sports leagues suspending seasons and the NCAA’s outright cancellation. Horse racing had also brought in $1.3 million across all the state’s operators.

However, Nevada sportsbooks still had to pay out $5.33 million worth of winning tickets from the previous football season, which meant very little profit earned from the coronavirus-impacted sports betting totals.

Gov. Steve Sisolak ordered all brick-and-mortars closed on March 18, and revenue for April will likely suffer a similar fate as parts of the United States are only now slowly beginning to reopen their doors.

It’s worth noting that mobile app sports betting accounted for approximately 63% of all wagers placed in Nevada for the month of March. That number will likely continue to increase even as the NGCB begins to discuss reopening guidelines for the currently shuttered casinos in Las Vegas and surrounding areas.

Interestingly, the “other” category for sports betting had the second-largest handle of all types during March, with almost $400K in profit from the $21.2 million in total wagers placed.

“Other” now includes esports betting as well as virtual sports thanks to the late-March authorizations from the NGCB that allowed sportsbook operators to accept wagers on Counter-Strike: Global Offensive matches.

Nevada regulators have since allowed esports bets on Call of Duty, League of Legends, Overwatch, and even the eNASCAR iRacing Pro Invitational Series — the latter of which involves real NASCAR drivers racing against each other in video game-like simulations.

While everyone in the legal US sports betting industry knew that number would be down, it’s hard to imagine a more catastrophic disaster to impact the world of both sports and gambling negatively.

The worse of the global pandemic appears to be over,  but as we’ve all (hopefully) learned in 2020: Nothing is a “safe bet.”