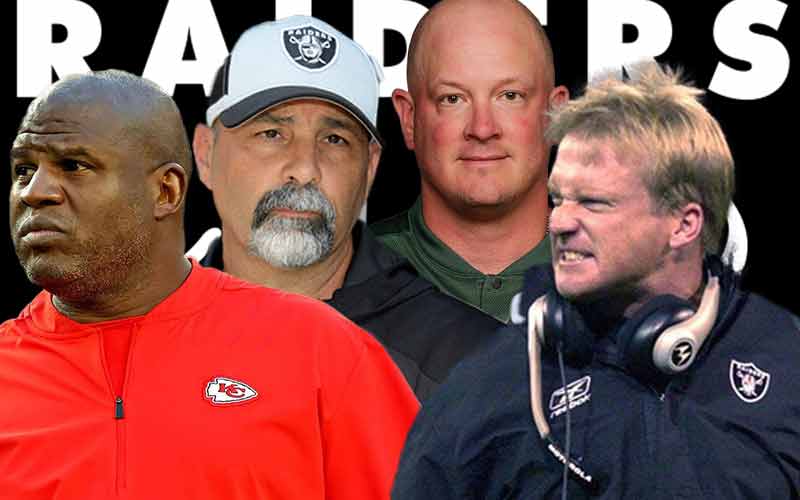 Las Vegas Raiders head coach Jon Gruden resigned from his position yesterday following an investigation that revealed a series of emails that contained racially insensitive and misogynistic commentary, as well as homophobic remarks directed toward NFL players and league officials.

The string of emails was uncovered during an unrelated league conduct investigation, and the initial focus was on a singular 2011 message that critiqued DeMaurice Smith with a racial slur. Smith was the NFL Players Association executive director at that time.

Gruden’s outbox continued to produce less than savory commentaries that painted a picture of a man that was no longer fit to hold the position of head coach in the National Football League – and Jon backed that up with his official resignation statement.

Jon Gruden statement: “I have resigned as Head Coach of the Las Vegas Raiders. I love the Raiders and do not want to be a distraction. Thank you to all the players, coaches, staff, and fans of Raider Nation. I’m sorry, I never meant to hurt anyone.”

Current Raiders special teams coach, Rich Bisaccia, has been elevated to interim head coach status, and online NFL betting sites have now produced a line that places him second overall in the odds to become the next full-time hire.

In the lead in the above NFL prop bet is Kansas City Chiefs offensive coordinator Eric Beiniemy who has been on many head coaching interviews over the past couple of years but has yet to land a gig.

Many have speculated that his interview invites have only been due to the NFL’s policy of including at least one minority candidate when filling coaching positions.

No one can deny the offensive output in Kansas City under Bienemy’s command, but how much of that is due to Andy Reid’s quarterback-friendly system combined with the uncommon skillset that Patrick Mahomes possesses?

Coaching the best talent somehow never scarred Pat Riley or Phil Jackson of the NBA, and it has been the catalyst for many offensive coordinators in the NFL to earn head coaching positions. Adam Gase earned two NFL head coaching positions with the New York Jets and the Miami Dolphins with an arguably weaker resume.

Rich Bisaccia’s odds could represent fool’s gold as the franchise will likely seek to turn the page from the Gruden administration following his exit.

That’s why the Bieniemy hire makes perfect sense for Las Vegas, and when pairing him up with the young and explosive offensive talent that is already on the Raiders’ roster, it seems like a no-brainer.

Before a new head coaching hire can be considered by the Raiders’ front office, there are 13 more weeks of NFL Football to complete. Bisaccia and company must rally the troops, as the Raiders are 3-2 and very much alive in the odds for betting on the NFL Playoffs.

The Raiders are currently one game behind the Chargers and are tied with the Broncos in the highly competitive AFC West, and would be included in the NFL Playoffs if the season ended today.

Coach Bisaccia’s odds will certainly draw closer to even if he can lead the Raiders to the postseason in 2021-22, so NFL bettors that believe in him should lay some action sooner than later.

As for Coach Gruden, we’ve likely seen the last of him on NFL sidelines or in a football broadcast booth, but prop bets on his next endeavor could prompt a line or two over the next few weeks.