Indiana’s mobile sports betting apps are off to the races 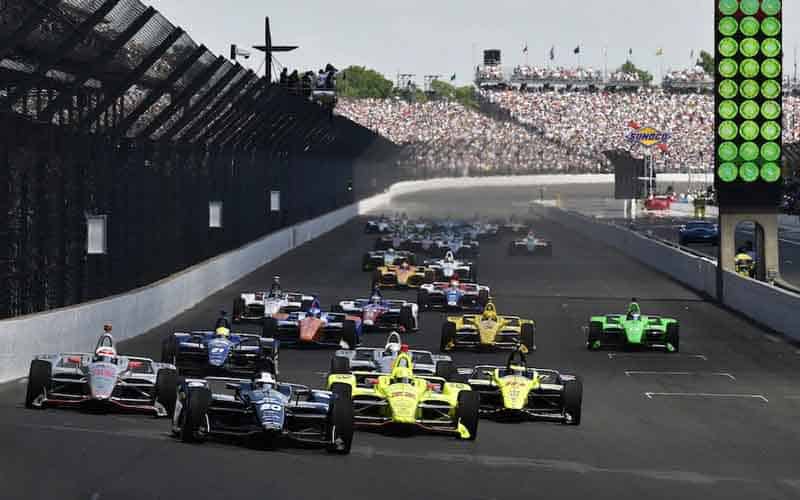 RSI President Richard Schwartz said he was excited to launch in the middle of so many sports in-season at the moment.

“What better time to launch than in the height of football season, the start of baseball playoffs and just before basketball returns?” Schwartz said in the company’s press release. “We know our players are really going to appreciate the convenience of being able to place wagers online anywhere in Indiana, adding to the excitement of these sporting events.”

Schwartz also said he believes his company’s previous success in the New Jersey, New York, and Pennsylvania markets will allow the BetRivers sportsbook to continue innovating while striving to provide the best possible Internet-based betting experience for all Hoosiers.

In addition, DraftKings Sportsbook—in partnership with Ameristar East Chicago—received authorization from the IGC on Wednesday to launch its online and mobile sportsbook in the state.

“With Indiana becoming the latest state to offer legalized online and mobile sports betting, we are excited to provide the top-rated sportsbook app to some of the nation’s most passionate and dedicated sports fans,” said Matt Kalish, co-founder and chief revenue officer of DraftKings, said in the company’s press release.

DraftKings, which had primarily been known for its daily fantasy sports (DFS) offerings before the federal repeal, is one of the two biggest sportsbooks—the other being FanDuel—that have seized a majority share of the newly legalized sports betting market in the United States.

It’s estimated that DraftKings and FanDuel, which will also eventually come to Indiana, control around 83% of the legal sports betting market in New Jersey—the undisputed king of sportsbooks after recently topping Nevada in revenue for the third time in four months.

The IGC has stated that it expects another mobile sportsbook operator to receive authorization before the end of October.

“These are the two we’ve been spending our time on,” said IGC executive director Sara Tait. “There will probably be one more likely to launch in October, but I think that’s still a few weeks off.”

All of Indiana’s 13 casinos have launched sportsbooks at their brick-and-mortar locations and are eligible to receive licenses to offer sports wagering for online and mobile devices.

Why Hoosiers have sportsbooks

After the US Supreme Court lifted the federal ban on state-regulated sports betting—also known as the Professional and Amateur Sports Protection Act of 1992 (PASPA)—on May 14, 2018, all states were granted the right to decide whether to allow sports betting in their jurisdictions.

Indiana legalized sports betting on Wednesday, May 8, when Republican Gov. Eric Holcomb signed the comprehensive bill into law, authorizing in-person, online, and mobile sportsbooks to operate in the state.

And on the first day the law allowed for it, the Indiana sportsbooks began accepting wagers on Sunday, September 1, when the Ameristar East Chicago, Hollywood Casino, and Indiana Grand all opened the doors to their respective sportsbooks—becoming the 13th state to offer legal sports betting.

Anyone who is at least 21 years old and is physically located inside the state lines of Indiana can register an account using the BetRivers or the DraftKings official website or mobile app.

Players do not have to register in-person at the French Lick Casino, and instead can complete the account registration from anywhere in the state. Indiana bettors will need to provide the following information to sign up:

List of sports you can bet on from Indiana

The IGC has set some sports betting restrictions you should be aware of before placing a wager from your mobile device:

But whether you’re at an in-person casino or choose to bet from an online or mobile device, Indiana allows its sportsbooks to accept wagers on all professional and collegiate sporting events.

Indiana sportsbooks are allowed to offer betting lines and odds on additional sports after receiving prior approval from the IGC, but currently, the sports that you can legally bet on in the Hoosier State are as follows: