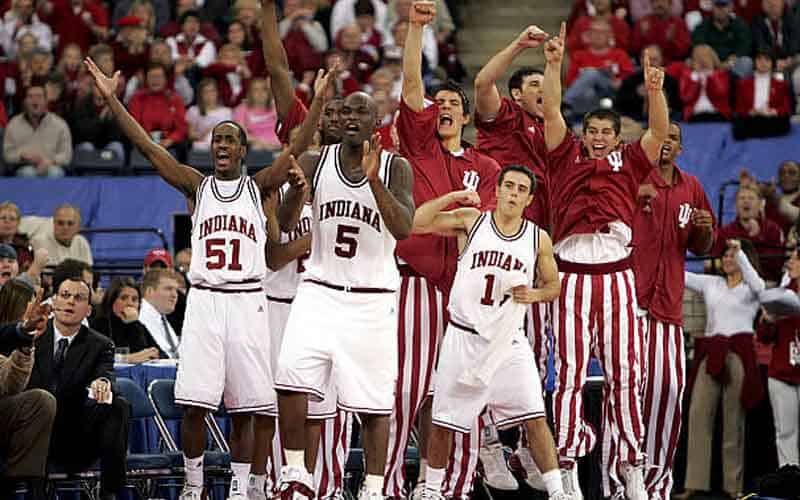 Hoosiers have always had a knack for beating the longshot odds.

Now, bets can be placed on those odds in the state.

Indiana became the 10th state and the 1st in the Midwest to legalize sports betting on Wednesday when Republican Governor Eric Holcomb signed HB 1015 into law.

With the bill’s passage, Indiana becomes the 2nd state legalize sports betting in 2019, and as part of the measure, the construction of two new casinos will begin immediately.

The Indiana Gaming Commission will be the sole authority when it comes to issuing sportsbook licenses to potential applicants in the state.

Montana became the first to make sports betting legal this year when it passed a bill to authorize the state-run lottery to become a sportsbook last week.

Holcomb signed the bill on the measure’s final day after being passed by the Indiana General Assembly in late April.

“Gaming is a highly regulated industry that once had little competition, but now does from surrounding states and new technology,” Holcomb said in a statement to the AP. “By modernizing our laws, this legislation will spur positive economic growth for our state and for an industry that employs over 11,000 Hoosiers.

“Additionally, it will bring in new revenue and create hundreds of new jobs — both permanent and in construction,” he added. “I will direct the Indiana Gaming Commission to monitor for potential effects of this bill so that we can make necessary changes in future legislative sessions.”

Both land-based and online/mobile sports wagering are allowed under the new law and anyone in Indiana who is at least 21 years old will be allowed to gamble money on sports from either a casino or a mobile decide, such as a smartphone or tablet.

Sports wagering from mobile devices will be allowed anywhere in the state. However, first-time bettors will need to register and verify their age in-person at a casino before being allowed to bet on sports in any capacity.

All wagers on athletes who are under the age of 18 are strictly prohibited. This includes professional gamers in esports competitions as well as amateur athletes across all sports at the high school level and lower.

The state will impose a 9.5% tax on gross revenue generated from the license sportsbooks operating inside the borders of Indiana.

Experts predicted that the state will take in roughly $125 million in wagers for the handle annually, and in turn, bring in about $12 million in new tax revenue each year.

Operating seeking a sportsbook license from Indiana will be required to pay an initial $100,000 fee as a vendor and then will need to pay a $50,000 fee on an annual basis for renewal of the license.

The Indiana Gaming Commission will also set limits on data collection from live and in-play betting from mobile devices. The specifics of these limitations are not currently known at this time.

Indiana was allowed to legalize sports betting due to the federal ban being lifted by the US Supreme Court in May 2018 and the state joins nine others in offering state-licensed legal sports wagering.

Iowa is expected to be the next state to legalize sportsbooks at the state level and the bill has been presented to the governor and is currently awaiting a signature in order to be signed into law.