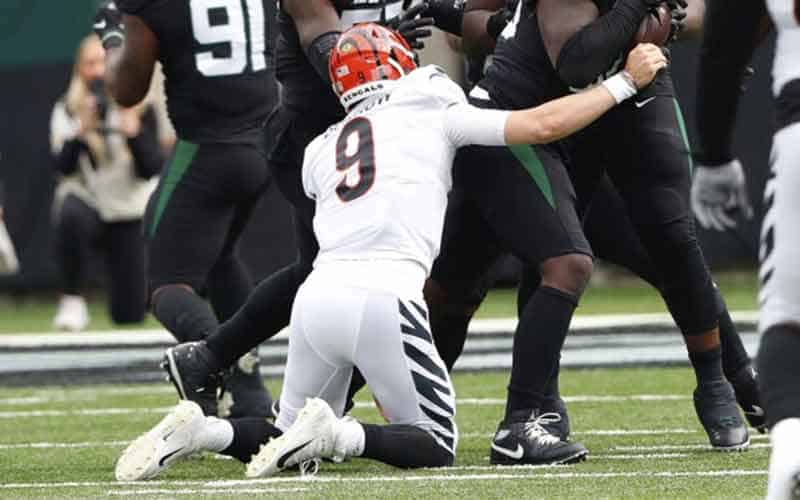 Just one calendar week after the NFL writing collective was ready to anoint the Cincinnati Bengals the new front-runners of the AFC, along come the New York Jets to serve up a steaming slice of humble pie.

While the Bengals still have plenty to play for and remain very much in the hunt to attain the AFC’s top seed in 2021-22, their inability to divert the Jets who were playing with their backup quarterback causes concern regarding their potential for a lengthy postseason run.

Over in the NFC, those that bet on the Dallas Cowboys and their odds to reach Super Bowl 56 during the preseason are likely feeling more confident in that wager this morning.

Backup quarterback Cooper Rush was able to earn a last-minute victory over the Minnesota Vikings, bringing the Cowboys’ 2021-22 record up to 6-1. Dallas is leading the NFC East by 3.5 games over the Philadelphia Eagles, and their odds to win the Division posted at Bovada separate them in the NFL moneyline odds by 4200.

These odds imply a near-certain probability that the Dallas Cowboys will win their Division and earn one of the NFC’s top four seeds in the NFL Playoffs. They’ve now exhibited that they can beat a competitive team without the services of starting QB Dak Prescott, something they’ve been unable to do in the past.

The New Orleans Saints proved their worth yesterday by beating the Tampa Bay Buccaneers and narrowing the gap between the two teams in the NFC South Rankings.

The above NFL futures bet to win the NFC South in 2021-22 have tightened considerably following the Buccaneers’ loss to the Saints, and rightfully so, as New Orleans now has the head-to-head edge.

The Cowboys are still fourth in the NFC in the overall odds to win Super Bowl LVI. Online gamblers are still betting on the Buccaneers to reach SB 56 and most likely face the Buffalo Bills in an attempt to win back-to-back Lombardi’s, but the AFC’s representative is favored by 50 points in the moneyline after nearly 8 full weeks of play.

The Cincinnati Bengals are still among the top 14 odds getters in the current Super Bowl futures, suggesting they’ll qualify for a wild card spot, Will they have to wait until 2022 or after to win a Division crown?

Parity is still alive and well in the National Football League this season, so we do not expect these current standings and NFL Playoff projections to remain intact for long.

That’s why getting your research done early can pay off – it gives the bettor the advantage of being able to place a wager early while the odds are still paying out more than they should.