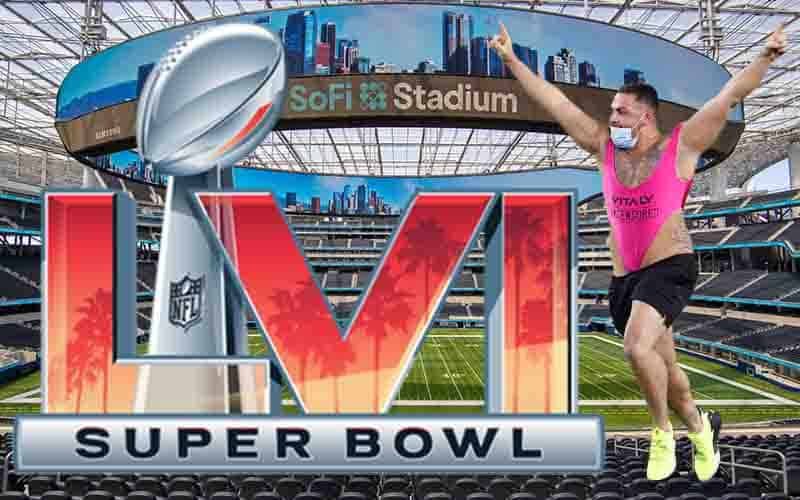 During Super 55 in Raymond James Stadium, a Florida man who shall remain nameless decided it was a good idea to run onto the field of play and disrupt the championship proceedings.

The intellect of said “gentleman” was already in question after the Super Bowl streaker stunt, but a complete lack of cognitive ability became apparent when it was later revealed that he and a group of friends had actually bet on the occurrence at Bovada Sportsbook.

Said idiot bet $50,000 on +650 odds that a streaker would run onto the field during Super Bowl 55, and then set forth in his plan to ensure the wager paid out first hand. The streaker bet would have paid out at $375,000.

Because he and his friends broadcast their wager to anyone who would listen, Bovada caught word and refunded all bets. The offshore sportsbook giant had already been paying particularly close attention due to the enormous dollar amount wagered on the Super Bowl streaker prop and acted fast once the plot was revealed.

It should come as no surprise that Bovada has lost its appetite for posting streaker Super Bowl prop bets. Who could blame them?

The following odds for betting on Super Bowl 56 are currently taking action at MyBookie.

Will There Be A Streaker In Super Bowl 56?

Bets of $9 are required to net $1 by winning on an occurrence of “no” on the above Super Bowl prop bet, indicating a 90% probability that a reaper performance of last year’s streaker incident does not happen tomorrow.

However, if there is another streaker at the Super Bowl, bets made on an occurrence of “yes” are in for an exponential payday, assuming the streaker didn’t bet on himself once again.

The odds of yes for a streaker at Super Bowl LVI will deliver $4.50 for each dollar risked, so imagine if you bet $1,000!

Other odds for NFL betting are available for fan-related activities. Check out this fun Super Bowl prop bet asking if a fan, player, coach, or anyone else on the broadcast decides to drop their pants and literally show their ass.

Will There Be A Full Moon (Bare Ass) During Super Bowl 56?

Once again the betting odds side with sanity, but gamblers can earn some significant coin by betting on chaos to reign during the Super Bowl LVI telecast.

Most broadcast network live telecasts are equipped with a 7-second delay so that producers can dump questionable content in the event that it appears onscreen without notice.

The delay serves as a safety valve for the networks, and is also the reason we don’t advise betting on the above bare-assed Super Bowl prop. In the event that a full moon rises from among the attendees of Super Bowl LVI, producers will simply hit the dump button and move on with their lives.

Network executives have been edgy since Janet Jackson and Justin Timberlake’s risque Super Bowl XXXVIII stunt revealed more than was anticipated, so they’ll likely negate any footage that even comes close to questionable.

Keep that in mind when betting on Super Bowl props tomorrow evening, and good luck to everyone who will be laying action on either the Rams or the Bengals!