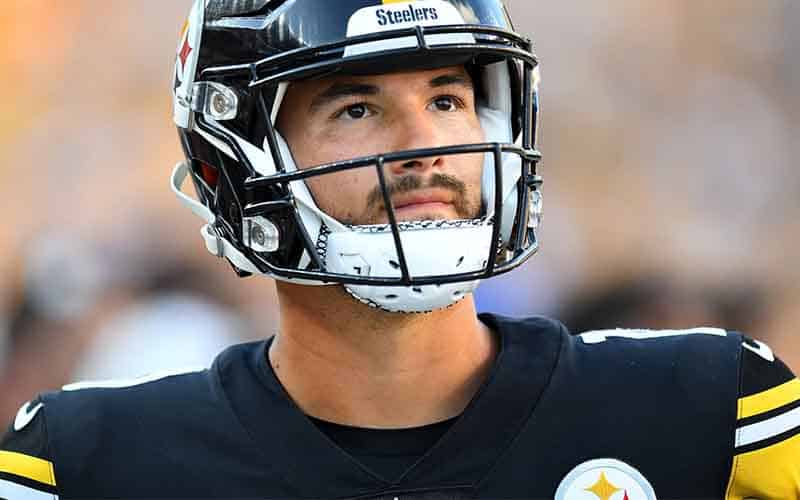 The Pittsburgh Steelers and the Cleveland Browns enter tonight’s game with a 1-1 record, and it almost seems unfair that one of these teams will escape Thursday Night Football with 2 wins.

These two AFC North rivals are in transition in regard to naming a new starting quarterback. Gone is Ben Roethlisberger from the Steelers’ lineup, and in his place is Mitch Trubisky, who will serve as a band-aid until Pittsburgh can secure a franchise QB.

The Browns feel that they’ve found their guy in Deshaun Watson, the much-maligned quarterback who is facing several charges of sexual misconduct stemming from his time with the Houston Texans.

Watson has been suspended until Week 11 and the Browns hope to keep their head above water until his return with veteran quarterback Jacoby Brissett.

The following Browns-Steelers line comparison reveals why shopping the NFL betting sites to find the best payout… pays out.

Betting On The Steelers To Win

Pittsburgh is projected to lose tonight’s game by at least four points, with a half-point of variance that can be found when line shopping for the best sportsbook payouts.

There is, however, some differential that can be exploited for those that believe that the Steelers will outright win the game. If you want to bet on the Steelers to win tonight’s game, the best moneyline on the board can be found at BetOnline and MyBookie at +180.

Wagers of $10 made on a Steelers victory over the Browns will reward gamblers with $18 in net profits if Pittsburgh wins on the road in Cleveland.

Betting On The Browns To Win

The Browns are favored to win tonight with an NFL point spread of -4.5 or -4.0, depending on where you look. Bovada Sportsbook has the best Browns moneyline on the boards right now -200, requiring a wager of $2 to net $1.

Many on our staff believe that Pittsburgh will not only cover the spread, but will win the game in Cleveland as the Browns have not been impressive over the first two weeks of the 2022-23 season.

Cleveland was barely able to overcome the Carolina Panthers in Week 1 and lost a heartbreaker to the Jets last weekend by a final score of 31-30.

The Steelers were able to outlast last year’s AFC Champion Cincinnati Bengals in Week 1 and fell to the New England Patriots last Sunday, losing the game by three points.

If Pittsburgh can get by the Browns, they’ve got a winnable game next week against the New York Jets. The same can be said for the Browns, who will face the beatable Atlanta Falcons in Week 4.

That gives both franchises a solid shot at starting the season with a 3-1 record, a mark that will likely place them at the top of the division ranks.

If you want to bet on tonight’s Browns vs. Steelers game, wagers can be made anytime between now and when the live betting lines are removed from the boards, which will likely happen in the fourth quarter. Good luck!