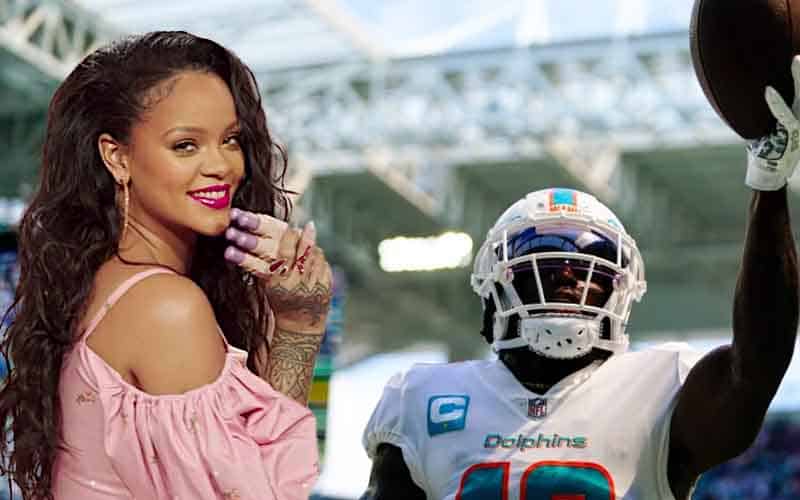 Grammy-award-winning artist Rihanna has been announced as the Super Bowl 57 halftime performer, sending online NFL sportsbooks scrambling to create a variety of prop bets in advance of the big game next February.

This is the second year in a row that the NFL has announced the halftime show performers for the Super Bowl in late September, granting pro football betting sites over 4 months to create props regarding Rihanna’s potential setlist, guest artists, and anything else oddsmakers can dream up.

Rihanna has been creating hits for nearly two decades, which offers up plenty of ammunition for gambling sites to create options for Super Bowl halftime show prop bets.

We anticipate lines for songs to be included in the performance, the number of wardrobe changes, artists to join her on stage, and, of course, props for any “accidental” revelations of naughty bits.

We also expect there to be a line that specifically asks if her significant other, A$AP Rocky, makes an appearance at Super Bowl LVII.

Speaking of Super Bowl 57, the Miami Dolphins have just reeled off two statement wins in a row against the Baltimore Ravens and the Buffalo Bills and now reside in the top spot in the AFC East Division.

Many on our staff were betting on the Bills to cover the -6.5 spread against Miami yesterday, only to have those hopes collapse when the Dolphins were able to narrowly defend their home turf by a final score of 21-19.

Despite the 3-0 start and strong showing thus far, NFL futures odds still rank the Bills as the top dog in the entire NFL, with the best shot of winning Super Bowl LVII of any of the league’s 32 teams.

Miami QB Tua Tagovailoa is silencing critics after a less-than-stellar first two seasons. Tua suffered what appeared to be a potential concussion at the end of the first half, but was able to return in the third quarter and lead his team to victory.

Now, the NFLPA is investigating the concussion protocols in place in Miami, suggesting that perhaps Tagovailoa was not fit to return to duty so soon.

The replay reveals that the hit was actually more of a shove to the chest, and Tua’s head did not appear to strike the ground in a manner that would cause a concussion.

Tagovailoa did stumble on his way back to the huddle, which is what initiated the concussion protocol.

Miami will now face the 1-2 Cincinnati Bengals this Thursday. Early lines suggest that the Dolphins are 3-point underdogs on the road,

Look for the above Dolphins Bengals betting line to narrow between now and Thursday night. Don’t forget to shop the lines for the best sportsbook payouts, as you can earn some extra coin on the exact same result.