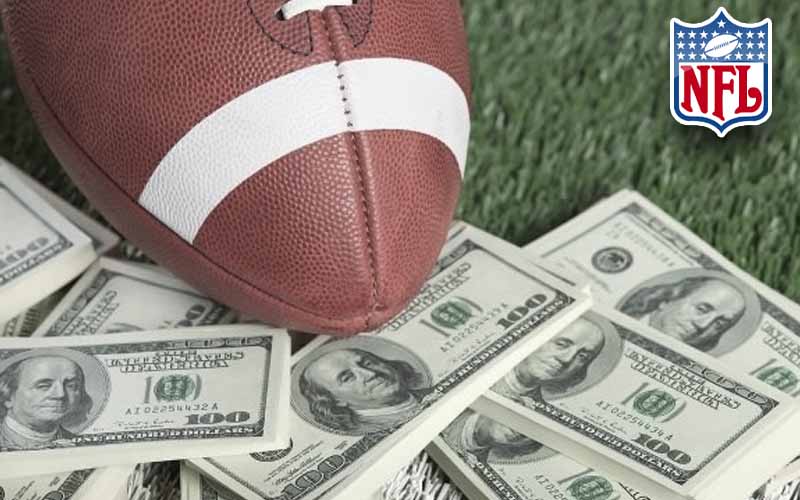 With legal sports betting growing more popular — and more lucrative — each day, it was only a matter of time before the NFL started to get in on the action.

With ten states now offering legalized sports betting, and Iowa expected to join on Thursday, the NFL announced it will provide Sportradar with the exclusive right to provide official league data to sportsbooks operating in both the United States and international markets as part of an expansion of the previous partnership that began in 2015.

"We are thrilled to become @NFL's exclusive data distribution partner, undoubtedly one of the most important partnerships in Sportradar’s history."

Despite the league’s long-held position of opposing anything related to gambling, the NFL’s metaphorical levee began to break earlier in the year when it inked a deal with Caesars Entertainment to become the official casino sponsor of America’s most popular sports league.

Sportradar had already partnered with the other three major professional sports leagues — the NBA, MLB, and NHL — to sell official data to more than 500 of its sportsbook operators.

However, the NFL is easily the “white whale” of data distribution since it’s far and away the most wagered on sports league in the US.

A press release from the NFL on Monday provided details for the multiyear deal, although financial terms of the agreement were not disclosed. Sportradar inked a six-year, $250 million deal with the NBA back in 2016.

Live or “in-game” betting — or money place on betting lines, odds, and prop bets during the game — is the focal point of the exclusive partnership, and Sportradar will now provide its sportsbook clients with real-time, play-by-play data.

Using a service integrated into Sportradar, the NFL will also be able to monitor all betting taking place for preseason, regular season, playoffs, and the Super Bowl. Additionally, all 32 NFL teams will have access to the “integrity education workshops and products” provided by the sports betting data distribution company.

“Sportradar has been an excellent partner the last four years and has provided the league, our teams, and media marketplace with innovative data products,” said Hans Schroeder, Executive Vice President and Chief Operating Officer, NFL Media. “We look forward to working with Sportradar to deliver fast, accurate official league data that will innovate and improve experiences for our fans across platforms.”

“We are thrilled to become NFL’s exclusive data distribution partner, undoubtedly one of the most important partnerships in Sportradar’s history. We are confident we will maximize our strong partnership with the NFL and deliver ground-breaking products across the gaming, fantasy and the media worlds,” said Carsten Koerl, CEO of Sportradar.

Koerl added: “As the unequivocal global leader in sports data, we are ideally positioned to support the NFL in providing innovative products to enhance the way fans experience the game and help maintain the continued integrity of the NFL competition.”

The NFL has continued to relax its stance on sports betting as more and more states continue to legalize the activity following the US Supreme Court’s decision to repeal PASPA nearly 15 months ago.

Iowa is expected to launch several licensed sportsbooks when its law goes into effect on Thursday, August 15 at noon CT, becoming the 3rd state of 2019 and 11th overall to offer sports betting.

Indiana is expected to begin accepting bets on September 1 while Illinois and Washington DC will open their sportsbooks in the coming months.