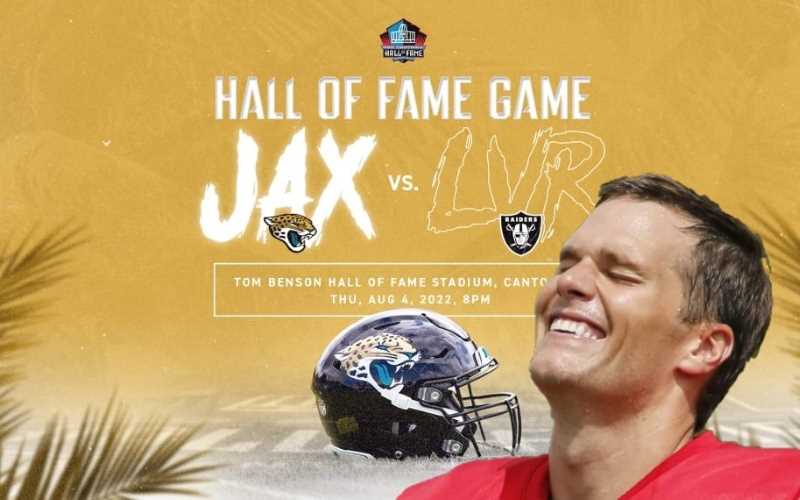 Even though we’re still over a month out from the start of the 2022 NFL season on September 8 – and no, the preseason doesn’t count (even if tomorrow’s Hall of Fame game between the Jaguars and the Raiders is actually something to look forward to) – there are a surprising number of NFL odds posted at our favorite online sportsbooks.

BetOnline Sportsbook in particular has about a thousand different NFL lines and NFL props you can go on right now. For example, you can bet on just about every single game of the upcoming season today. That’s over 270 lines right there.

And while you won’t get straight moneyline wagers just yet (those won’t be available until the season actually kicks off), both spreads and totals are on the boards for each contest.

Sure, the books are going to get their vig on every line so there’s really no reason for operators not to take this tack, but the sheer quantity of wagers you can make in the NFL offseason these days is leaps and bounds better than in years past.

Before, the only bets on the boards between campaigns were NFL futures like conference champions and Super Bowl odds.

Now, you can pretty much bet on anything, including a host of other more general NFL prop bets, NFL specials, and even NFL draft odds.

We’ve got the most interesting of those listed below to give you a taste of what to expect from your offshore sports betting experience, starting with the August 4 HOF showdown:

We’d give you a tout here, but we have zero idea which club’s second team and third team is better than the other.

For what it’s worth, the Raiders’ new coach is Josh McDaniels, who doesn’t have a stellar head coaching track record. The Belichick curse will undoubtedly continue, but the starters will only be on the field for 10 minutes. This one’s basically a tossup.

Even money on the Williams and the Chives guarantees a nice payout. Maybe.

That said, put even money on each of the top five choices here, and if anyone other than Allen wins, you’ll make a huge haul. If Allen wins, though, you’ll merely lose nothing.

We’re going with McCaffrey here, especially given that the Carolina Panthers now have a competent and motivated signal caller under center.

Plus, at +1600, it’s a nice payout on a guy who loads of DFS vets are calling a legitimate number-one fantasy pick.

This is a tough one.

Our gut tells us to go with McCaffrey, but Derrick Henry is Derrick Henry. Winston in Nola could have been a solid pick if Sean Payton hadn’t punched out, but he’ll probably revert back to his status as “the GOAT if not for all those interceptions.”

Whatever you do, just don’t make like Cleveland Browns ownership and go all in on Deshaun Watson. Not only is his season going to be limited to just 11 games at most, he’s probably going to be a target for lots and lots of extra ankle twists and knee torques. A more hated player in the league there ain’t.

Next NFL Coach To Be Fired Or Resign

We think we’ll wait until the 2022 college football season concludes before making any picks here.

The above are just a small sampling of what’s available.

Plus, with the BetOnline Prop Builder, you can always create your own wagers if you don’t see what you’re after. You can also assemble literally countless NFL parlays and cross-sport parlays to expand your options – and your potential payouts – even further.