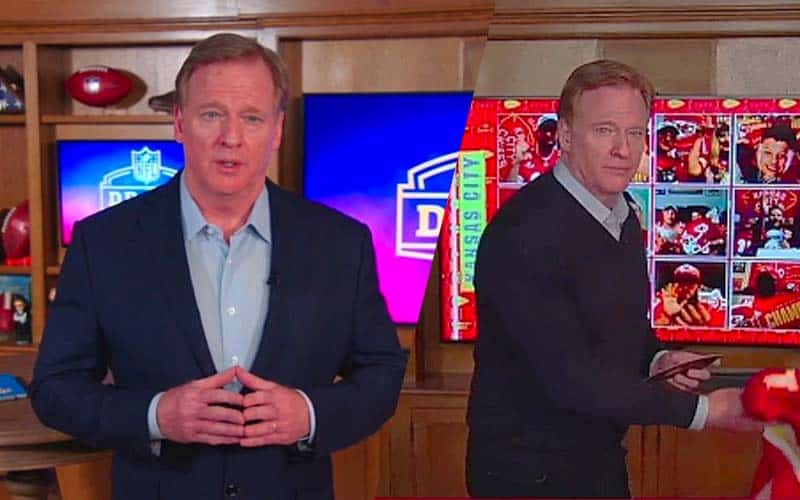 Round one of the 2020 NFL Draft betting props is officially in the cloud somewhere. Although much of first-day odds were graded as chalk, there were a few surprises that while ten’s of millions at home watched Thursday evening to see what would happen in commissioner Roger Goodell’s den.

The second day of the virtual NFL Draft is set to begin at 7:00 PM ET on April 24, with the Cincinnati Bengals on the clock for the 33rd overall pick. The NFL Network, ESPN, and ABC will carry the live broadcast and stream for Friday’s coverage of round two and three.

Top-ranked Bovada Sportsbook has introduced hundreds of ways to bet on the NFL Draft legally, and so far, their oddsmakers haven’t stopped releasing odds just because the commish tried to bore everyone to tears last night.

Here are Bovada’s latest live props that available for betting on Day 2 of the 2020 NFL Draft. The best legal US online sportsbooks all have tons of betting options available, so be sure to shop around. Additionally, Bovada’s early first pick odds on the 2021 NFL Draft and a Day 1 recap of this year’s event will immediately follow.

Which Team Will Draft Jalen Hurts?

We may have only seen a single day of the 2020 NFL Draft, but it’s never too early to look ahead at who might be the No.1 overall pick in the 2021 NFL Draft taking place in Cleveland (hopefully).

Bovada’s early NFL betting odds on next year’s draft top pick currently and overwhelmingly favor Clemson star quarterback Trevor Lawrence at -300, which means an example $300 bet would win back the initial wager plus $100.

*In G Major borefest for Goodell and the NFL

It’s a quarantined day in the neighborhood
A cloudy day for a neighbor
Goodell no fun time?
I’m rich, are you blind?

It’s an NFL-ly day in this wall of wood
A neighborly day for balls a footy
Goodell no fun time?
I’m worth $200 mil, are you blind?

Let’s make the least of each NFL Draft day
Since we’re alone, Goodell wishes to say:
“Never would you be my, never could you be my
Don’t you dare be my neighbor.”

Roger Goodell may have avoided the boos from #NFLDraft2020 BUT the commish has Joe Biden-tier stream presence. 🤖

Can we not put a prompter below a camera lens in 2020 or does the NFL not have this technology? pic.twitter.com/nlsTWhSI5F

All were teammates at Ohio State in 2017, but only Burrow left for LSU and has a ring to prove he's king of the jungle. 💍🐅👑 pic.twitter.com/0zMKXQZdTo

The Roger Goodell #NFLDraft bot saved its best performance for the 32nd and final pick of the virtual first-round simulation. 🤖 pic.twitter.com/jZ9rlSAtI2

The following are all 32 players who came off the board during day one, round one of the 2020 NFL Draft. Joe Burrow was the heavy favorite to go first overall to the Cincinnati Bengal before the night began. Still, anything can happen in Las Vegas on day two and three of the selection process (excluding events with large gatherings, obviously).