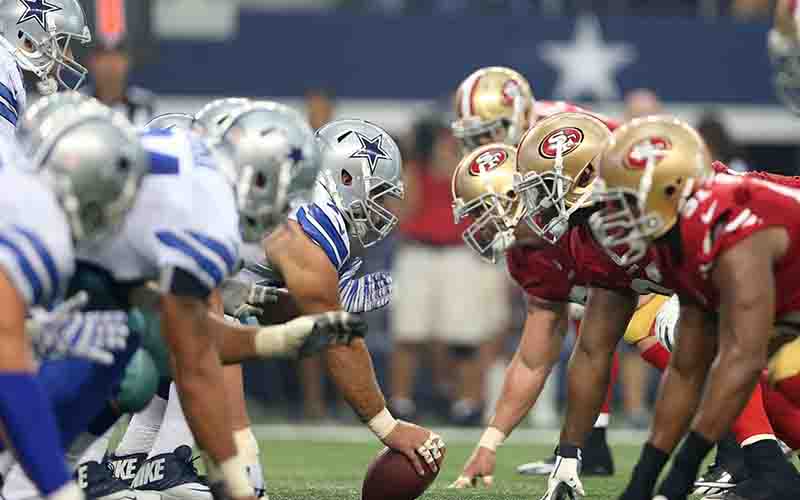 This weekend begins the 2021-22 NFL Playoffs, a single-elimination championship tournament that can only be rivaled by the intensity and passion of NCAAB’s March Madness Tournament,

Pro football fans were just becoming accustomed to the addition of a seventh playoff team and six games on the opening weekend of the postseason. Now the league is delivering Monday Night Football during the first round of the NFL Playoffs to cap off a weekend full of six games.

In addition to the Wild Card Weekend preview we posted yesterday, here are some NFL prop bets that cover all six games in a single line, from almost every angle worth wagering on.

The above line is a massive over/under that covers all games that will take place during round one of the 2021-22 NFL Playoffs. These props suggest that betting on NFL teams that are hosting this weekend is probably a smart idea because they’re projected to best their opponents collectively by a total of 38 points or more.

Super Bowl prop bets can flip the action any way imaginable, and the above line tests those possibilities by producing an NFL point spread on all combined NFC and AFC Playoff teams.

NFL gamblers that have a hunch for which two Wild Card teams combine for the highest point total should consider the following prop bet.

Not only are the San Francisco 49ers and the Dallas Cowboys projected to be the highest-scoring game, the betting line features the closest NFL point spread on the boards for the weekend, suggesting that the winner will be decided in the final seconds.

Alternatively, the New England Patriots and the Buffalo Bills are expected to score the least amount of total points. The last time the two faced off in Buffalo, the final score was 14-10.

Even with that result already in the books for evidence, those that are partaking in NFL Playoff betting can still earn $2.25 for every dollar wagered on that outcome if they do indeed combine for the lowest-scoring game.

There are literally hundreds more NFL prop bets posted at Bovada for this weekend’s wild card action and can be accessed by clicking on the game line for each matchup.