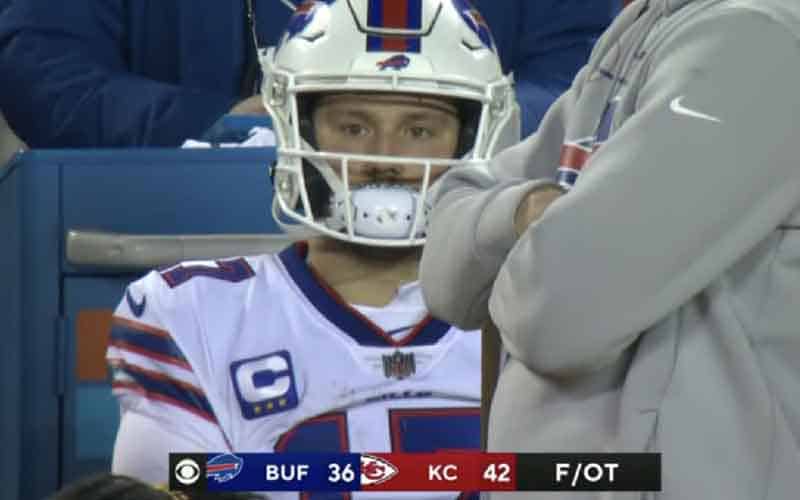 This year, the NFL has enacted a new rule where both teams are guaranteed a possession if a playoff game enters overtime, even if the team with the ball first scores a touchdown.

This new rule will have a significant impact on NFL Playoff betting and can influence Super Bowl championships.

Why Was The New Overtime Rule Created?

Last year’s AFC Divisional Playoff game between the Buffalo Bills and Kansas City Chiefs ended up going to overtime after both teams rallied back and forth with scoring flurries in the closing minutes.

Once the game reached overtime, the Chiefs won the coin toss and promptly ended the game by scoring a touchdown.

The point spread was -2.0 in favor of Kansas City, which they covered with the overtime touchdown. With the new rules for this postseason, the Bills would have had a chance to tie the game.

There will also be the temptation for teams that possess the ball second in a playoff overtime period to go for a 2-point-conversion and win.

After both teams have scored a touchdown, it will once again become a sudden-death scenario. The main reason this rule was instilled is that the team that possessed the ball first in overtime was winning the game an inordinate amount of times.

The real issue is that pro football has become increasingly offensive-focused. Even the top defensive units in the league have little chance of stopping playoff-caliber offenses that are forced into a do-or-die situation.

Too often, the flip of a coin was deciding the victor, an unacceptable outcome when championships are on the line.

To gain an estimate of the new rule’s potential impact on Super Bowl betting, picture this scenario. The New England Patriots were able to win Super Bowl LI by scoring a touchdown on the opening possession of overtime, capping a monumental comeback.

With this new rule in place. the Atlanta Falcons would have been given a chance to tie or win the Super Bowl. The Falcons were the underdogs and would have given bettors that wagered on them a second lease on life.