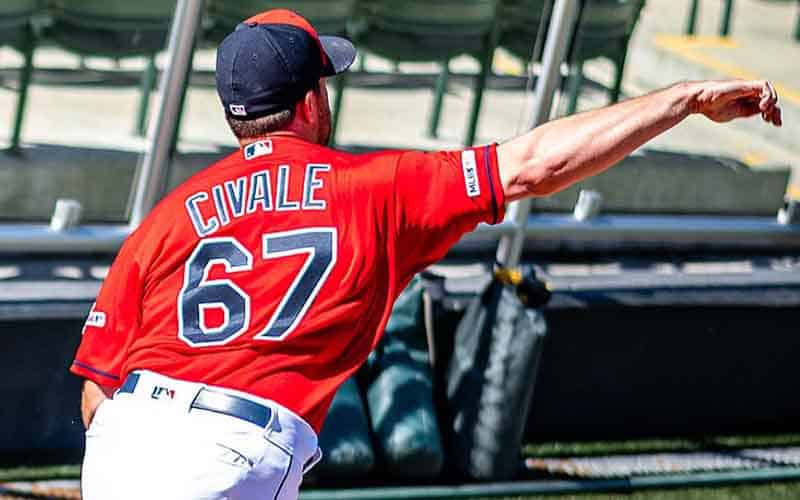 Two MLB Playoff matchups are going down tonight that will close out one series and begin another.

First up at 4:07 PM is Game 5 of the American League Divisional Series at Yankee Stadium, where the Cleveland Guardians hope to steal one on the road and advance to the NLDS to face the Houston Astros.

The MLB Playoff bracket odds have been forecasting a scenario where the Yankees and Astros face off in the ALCS for a chance to reach the 2022 World Series, but Cleveland is poised to thwart New York’s plans this afternoon.

The Yankees are favored in the spread by 1.5 runs, and their -174 moneyline roughly translates to a 64% change of winning the game and the series.

Aaron Civale of the Guardians will take the mound for the first time this postseason after struggling with injuries since late summer.

If you’re buying into Civale coming in for a ALDS rescue, bets placed on the Guardians moneyline odds will payout at $1.43 for every dollar wagered if they win.

Closing out tonight’s postseason action are two MLB franchises that were not expected to escape the second round according to MLB Playoff betting sites. The odds predicted that the Atlanta Braves and the Los Angeles Dodgers would face off in the NLCS, but the Philadelphia Phillies and San Diego Padres had other plans.

Opening pitch is set for 8:03 PM this evening for Game 1 of the  National League Championship Series where the winner will earn a trip to the 2022 World Series.

The Padres are favored by 1.5 runs and are projected to take Game 1 and the early series lead. San Diego ousted the Los Angeles Dodgers from the MLB Playoffs in the NLDS round.

The Dodgers had been the front-runner in the odds for betting on the World Series. Now that LA has been eliminated from the psotseason, the Padres now have the edge to reach the World Series, but the Astros are now favored to win it all.

The Guardians are placed as the least likely team to win the World Series in 2022, which is also reflective of their MLB Playoff betting line above.

If you want to bet on either of tonight’s playoff matchups or the MLB Championship futures, the above odds are posted at Bovada Sportsbook and are taking action right now.

If, for some reason, you are not confident in the results of either game, live betting allows for wagers to be placed between the first and ninth innings. Online sportsbooks have made it easier than ever to stay in the game with their in-play odds that allow for their customers to bet on MLB baseball at the time of their choosing.