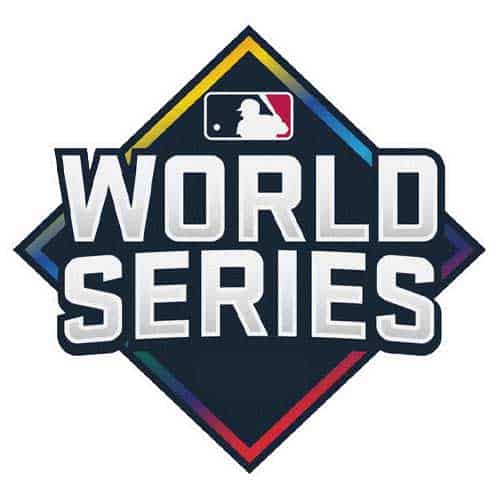 The 2020 World Series was thankfully not ruined by Covid-19 and will start on October 23, 2020. While baseball isn’t the most popular sport to bet on in the US, the World Series sees a huge amount of wagering across all the major legal online betting sites. Most World Series betting takes place on the futures boards, but a large handle is turned on single-game lines and in-game wagering, too.

After the Super Bowl and the NBA Finals, the MLB’s World Series is the most popular professional championship for US sports bettors. If it’s your first trip around the bases and you’re looking for how to legally bet on the World Series, our betting guide will help take the mystery out of the process.

MLB postseason betting is no different than standard MLB betting during the regular season, and while the stakes might be higher for some, they don’t have to be. You can bet as much or as little as you please, and the options are virtually endless. So brush up and batter up!

Is It Legal To Bet On The World Series?

Yes, it is. There are no US sports betting laws that make it a crime to bet on any professional baseball games including spring training games, regular-season games, or the post-season. Many states now have state-regulated sportsbooks, but access is limited.

Outside of the states with legal sports betting, multiple international bookmakers will accept residents of most or all 50 states. These providers operate legally outside of US jurisdiction and are subject to regulatory oversight within the regions in which they do business.

As long as a sportsbook, whether domestic or offshore, is operating legally within the industry, then there are no US gambling laws prohibiting their use, barring select state restrictions. The only states that have specifically outlawed online sports betting are CT and WA, though to our knowledge there have not been any cases reported of this law being enforced.

Best Sportsbooks for Betting on the 2021 World Series

Who will win the World Series?

The World Series is the biggest stage in professional baseball and is what players dream about when they are coming through the system before they finally make it to the Majors. Below you will find the current odds to win this year's title. These odds will be updated as the season unfolds, and you'll get the best payouts by wagering as early as possible.

Right now, the usual suspects are on top, even as the season itself has been reduced to 60 games due to the coronavirus. The main preseason contenders for the 2020 MLB championship are the Los Angeles Dodgers, the New York Yankees, and the Houston Astros.

How To Bet On The World Series Online

Betting on the World Series over the Internet is extremely simple. If you live in a state that has operational domestic books, you can just walk into a casino or use an app to place a wager with the bookmaker.

If you’re going the superior offshore betting route, you can sign up at a top-tier sportsbook in just a few minutes, make a deposit via Bitcoin, credit, or debit, and then make any World Series bet you want. The sportsbooks listed on this page have all been vetted and are among the most trusted names in the industry.

Tips And Tricks for Betting Online

What Types Of Bets Can I Place On The World Series?

The kinds of wagers you can place on the World Series are pretty much in line with the typical MLB betting options you get during the regular season, with the exception that there are usually lots more props available.

Outside of these, the standard bets – like game lines and futures – are available during the championship series just as they are for baseball games all year round. Hypothetical examples of  bet type follow:

Who will hit the first home run of the 2020 World Series?

Live Betting on the World Series

In addition to wagering on the standard World Series odds and prop bets, you can also participate in live betting at international sportsbooks. Live betting allows you to wager on the game in real-time, with odds that adjust on the fly to reflect the status of the game.

While most sites don’t yet offer ultra-granular live betting so you can wager on every single pitch, you will see live odds update several times per inning.

At home or on the road – and even at destinations TBA – you can bet on the World Series via your mobile device from anywhere in the US. While you won’t find any of the best online sportsbooks featured in the App Store or Google Play store due to those marketplace’s policies, you don’t actually need an iPhone app or Android app to participate.

Because overseas betting sites use web apps – or browser-based applications – to offer their odds and lines in a slick, touch-friendly package, the device you use is irrelevant. Regardless of the make or model of your phone or tablet, you can bet on World Series odds using a streamlined, responsive interface that makes finding the best MLB bets a breeze. Best of all, there’s never anything to download or update.

Wager from your easy chair, your favorite sports bar, your kid’s Little League game, or anywhere else safely and securely with premium mobile sportsbooks.

About the World Series

The World Series is the annual championship event for Major League Baseball. The MLB playoffs usually consist of four rounds of action, with the American League (AL) and National League (NL) champions facing off against each other in the World Series finale.

Note: The 2020 MLB playoffs will feature 16 teams due to the shortened season, up from the 10 teams that usually make the postseason.

Though baseball is considered America’s pastime, sports betting sites only turn a significant handle during the World Series itself. For example, more money is wagered on each championship series than on the entire MLB regular season combined.

The series itself is played in a best-of-seven format, with the first one contested in 1903. The 2020 World Series will be the 116th iteration to date, and the AL has won the title 66 times, while the NL has won the WS 49 times.

This disparity can be partly attributed to the dominance of the AL’s New York Yankees, who have been to the big dance 40 times, winning 27 championships. Other arguments for AL dominance center on the designated hitter format that the league uses, albeit this can be advantageous for the NL, as well.

In 2019, the Washington Nationals surprised the world by winning their first World Series title since being founded as the Montreal Expos in the league’s 1969 expansion.

To win the championship, the Nats beat the heavily favored Houston Astros four games to three. The Astros were trending at -220 or so at most sportsbooks leading into the series, while Washington was carrying odds of roughly +175.

The Nats won it all despite Houston having home field advantage and using a sophisticated sign-stealing system, which was uncovered by the league several months later and led to the firing of manager AJ Hinch and GM Jeff Luhnow.

The 2019 World Series was unique in many respects, but as a point of trivia, it will be remembered as the first World Series in which the visiting team won every single game. In fact, it is the first time this has happened not just in the Majors, but in any major US professional sport. This was an outcome so rare that no sportsbook even thought to offer betting lines on such an absurdity!

The 2019 World Series MVP was pitcher Stephen Strasburg, who – after being selected first overall by the Nationals in the 2009 MLB Draft – had Tommy John surgery less than one season into his professional career. In the 2019 postseason, Strasburg recorded 5 wins (tied for the most all-time), with two of those coming in the World Series itself. Strasburg then opted out of his contract, became a free agent, and was re-signed by the Nats to a seven-year deal worth $245 million.