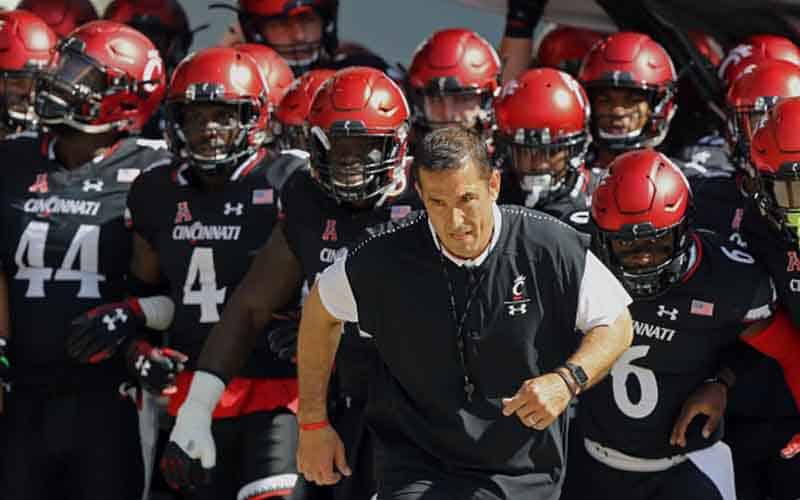 It should shock no one that the University of Georgia Bulldogs and the Alabama Crimson Tide of the SEC continue to top not only the College Football Playoffs’ latest rankings but also the odds for betting on the CFP National Champion that will be awarded on January 10th at Lucas Oil Stadium in Indianapolis.

If Alabama wins their game against the Arkansas Razorbacks this weekend, they’ll shore up their spot in the SEC Championship Game against the Bulldogs on December 4th, and based on the latest CFP rankings and NCAA Football betting odds, the Crimson Tide have a shot to make it to the playoffs even if they lose to UGA.

The Tide will face the Auburn Tigers on the final weekend of the regular season, and although Alabama could have the SEC West wrapped up by then, a loss would place their CFP hopes in jeopardy.

Bovada has posted the following odds for betting on the CFP that mirror the latest rankings at the top 2 positions. Oddsmakers believe that the Oklahoma Sooners still have a legitimate shot at competing for a National Championship, but the College Football Playoffs Selection Committee does not share that enthusiasm and has excluded them from their top 10.

It seems that the Power 5 will continue to dominate the College Football Playoffs landscape no matter how many top teams lose a game as the Cincinnati Bearcats are still attempting to claw their way into the top four.

Although the Committee has held the Bearcats at number five for the last two weeks, NCAAF oddsmakers place them seventh, suggesting that they’ll either lose one of their remaining regular-season games or will get hosed by one of many one-loss Power 5 programs.

Cincinnati faces Southern Methodist University this weekend where college football betting sites are favoring them to win by 11.5 points.

Bookies are predicting a shootout with the above line but imply that the Bearcats have an overwhelming chance of victory. If Cincinnati fulfills the above projections, they’ll only need to get beyond the East Carolina Pirates the following weekend to complete their 2021-22 undefeated campaign.

Last year the Bearcats finished the regular season without a loss and were rewarded with a Peach Bowl appearance against the Georgia Bulldogs where they lost by a final score of 24-21.

While that is not the result that the Bearcats’ faithful were hoping for, they’ve got another chance to prove their National Championship pedigree this January. The only question is, will the Selection Committee allow them that opportunity?

With so many highly-ranked college football programs losing games to teams they were expected to blow out, separating four teams from the pack becomes more difficult and may cause the Committee to consider expanding the playoff bracket to include 8 or even 12 seeds in future incarnations.

For now, the four-team format will have to suffice, and represents an improvement over the BCS and prior attempts at organizing a more legitimate College Football National Champion.