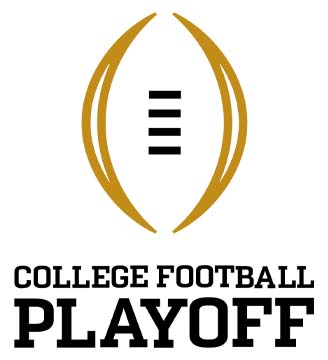 Since the 2014-15 season, the College Football Playoffs have determined the four best NCAA Division I FBS teams that will play for a chance to win the national championship. As a result, College Football Playoff betting on semifinal matchups receives the most action out of any of the games played during the NCAAF bowl season. If you are looking to get in on the postseason wagering, read through our 2022-23 CFP betting guide to gain a competitive edge prior to laying any action.

There are some noteworthy trends you should be aware of before placing a wager on the betting lines for the CFP semifinals at online sportsbooks. Along with the legal status of betting on college football, we cover tips and strategies to help aid in your betting decisions while providing the latest odds of being picked by the selection committee in December. We'll also reveal our list of the top sportsbooks on the web that are accepting bets on the 2022-23 NCAAF playoffs so you can find the most advantageous CFP odds.

Is It Legal To Bet On The College Football Playoffs?

Yes, and legally betting on bowl games and the CFP postseason matchups is easier than ever at online sports betting sites. There are two ways to bet on the CFP semifinals legally. Some states inside of the USA feature domestic brick-and-mortar sportsbooks or mobile apps that allow for CFP wagers to be placed, with most requiring a minimum age of 21 years old to participate.

If access to a region with legal domestic sportsbooks is not feasible, the best option is wagering with an international betting site that is operating outside of the jurisdiction of the United States. Federal gambling laws fail to mention offshore wagering, leaving a mammoth-sized loophole that allows for legal sports betting online. Washington state has made all forms of online wagering unlawful, so it is highly advisable that you become familiar with local sports betting laws prior to wagering on the CFP.

Who Will Make The College Football Playoff In 2022-23?

As of February 2022, the top four rankings in the CFP odds belong to: 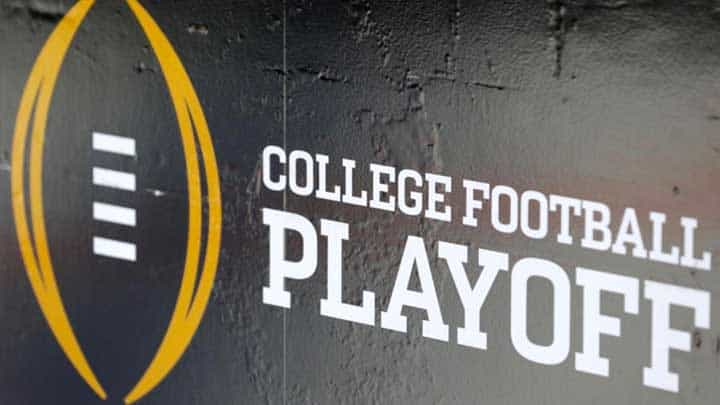 How To Legally Bet On CFP Odds

Just like when betting on football at any level, most of the action is placed on the point spread, the over/under, and straight winner odds provided by the moneyline. Readers can learn more about these types of football wagers by reading our page on how to read betting odds.

The remainder of all CFP betting opportunities at online sports betting sites will be contained within futures odds that predict eventual NCAAF or Conference Champions, or College Football prop bets that cover stats, and any other incidents that occur during the game's broadcast.

Each year, two of the New Year's Six Bowl Games serve as the semifinals for the College Football Playoffs where 1 vs. 4, and 2 vs. 3, match up for a chance to advance to the NCAAF National Championship Game.

The National Title Game is also typically held at a New Year's Six Bowl Game location but does not take the place of the standard Bowl game as that will have already taken place earlier in the NCAAF postseason. Online sports betting sites will post-game lines for CFP odds once the participating teams are announced.

The College Football Scheule for 2022-23 is as follows:

The 13-member College Football Playoff selection committee has been tasked with picking which four teams will play in the two semifinal games since the 2014-15 season.

The teams are ranked starting in October then officially selected and seeded (1 vs. 4/2 vs. 3) after the conference championship games are played at the beginning of December.

Before betting on which college football teams will or won’t be selected, here are some trends to know ahead of time. The selection committee does not have a strict criterion—only to “select the four best teams”—but here’s how they’ve picked the “best” teams since the playoff format was introduced.

Below are last season's CFP selection committee members, which will be updated as soon as an announcement is made for 2022-23.

*All times at ET

Past CFP Semifinal Selections And Results

Here you can see which four college football teams have been selected each year since the inaugural season as well as the results from those matchups.

Bettors no longer need to run to their nearest personal computer to place an NCAA CFP wager at an online sports betting site. Tablets and smartphones can access the best legal mobile online sportsbooks in operation by clicking on one of the betting site links we've provided above. That's right, skip past all application stores and get straight to the betting with the web apps that our top CFP wagering sites.

Any odds that are available on the regular website are accessible via iPhones, iPads, and Android devices, as long as you've got a solid connection to the net.  There's literally no advantage to using a laptop or a PC to wager on the CFP, and bets can be made while watching the games on TV or at the stadium.

All bets are typically required to be made prior to the beginning of the game or competition that is being wagered on at online sportsbooks. In-game, live betting odds throw those rules out the window and allow for bets to be made on a game until all time has expired from the game clock.

As scenarios develop in-game, odds are adjusted in real-time to reflect them. In-game online betting action can be laid on winners, leaders after a given quarter, totals, as well as game or player props. Live odds can typically be accessed by venturing to where the betting line was located at the legal sportsbook prior to the game beginning.

The two teams that win the college football playoffs will advance to the national championship game. Odds for the big game at online sports betting sites can change based on how well the team performs in the CFP, injuries that may have occurred, and other deciding factors.

Our guide to legally betting on the College Football National Championship is a helpful resource that illustrates the legal options of betting on the championship game. Preseason odds favor an Alabama and Clemson rematch, but there are a bunch of other good teams out there looking to keep them out of the college football playoffs.