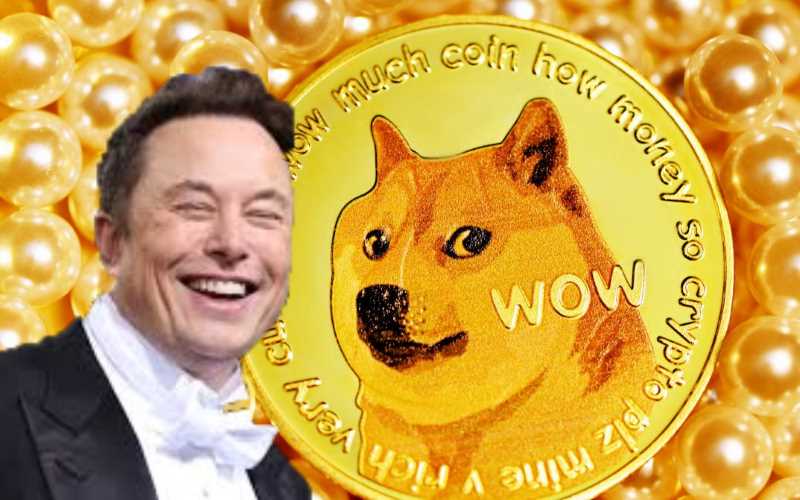 If you enjoy betting on competitive fishing – and who doesn’t? – then you probably watch a lot of fishing videos on YouTube.

And if you watch a lot of fishing videos on YouTube, you probably know about Captain Jeff.

And if you know about Captain Jeff, you’re almost certainly well-versed in the efficacy and downright necessity of running that dog.

And if you run that dog, you very likely partake in Dogecoin betting.

And if you partake in Dogecoin betting, you’ve probably been holding out for Elon Musk to publicly mention Dogecoin again so that the price would finally – mercifully – go up.

Well, Musk has done it.

But how far that DOGE will run is anyone’s guess, especially since Musk made his comments in support of the coin during the biggest crypto crash in years.

Per Musk, SpaceX – the billionaire’s hobby rocket company – will accept Dogecoin for certain meaningless merchandise sales and other such things, though you probably won’t be able to book a one-way suicide mission to Mars with the stuff:

“I intend to personally support Dogecoin, because I just know a lot of people who are not that wealthy who have encouraged me to buy and support Dogecoin – so I’m responding to those people.”

All this, naturally, comes amid perhaps history’s most frivolous lawsuit, as some butthurt crypto investor named Keith Johnson sued Musk and his various companies for $258 billion.

Johnson’s central claim is that Musk has been operating an illegal racketeering enterprise.

In part, the complaint reads as follows, with all its odd capitalizations and honorifics intact:

“Defendants [Musk, Tesla, and SpaceX, but apparently not The Boring Company or Neuralink for some reason] were aware since 2019 that Dogecoin had no value yet promoted Dogecoin to profit from its trading. Musk used his pedestal as World’s Richest Man to operate and manipulate the Dogecoin Pyramid Scheme for profit, exposure and amusement.”

More interestingly – especially for legal online sports bettors and gamblers – is this little tidbit hidden in the depths of the complaint: Johnson wants Dogecoin trading – and presumably by extension, all crypto trading – declared to be “gambling” under federal law.

Of course, the burden of proof is squarely on Johnson to explain how, for example, the tweeting of a common meme could possibly be construed as operating and profiting from a pyramid scheme, or how going on Saturday Night Live and calling Dogecoin a “hustle” could be conflated with actual investment advice.

If you care enough to follow this circus sideshow to total nonsense, the case is Johnson v. Musk et al, US District Court, Southern District of NY, No. 22-05037.

Now, outside of all that hogwash is an actual compelling issue. Actually, it’s more of an experiment.

In short, over the next few days and weeks, we’ll be able to see in real time exactly how much power or influence Musk wields over crypto investors generally.

That is, we can track how well Dogecoin does in the near-term future compared to other top-20 crypto coins, given Musk’s various recent utterances (which, again, aren’t “investment advice,” even if your excuse for thinking so is that you’re the most dimwitted imbecile on the planet – which might be why Musk wants to get in his rocketship and get away from you).

As other cryptos hover in the basement and make small gains, will Musk’s mere mention of Dogecoin run that dog to greater comparative heights?

Will it outpace – in the short term – the recoveries of Bitcoin, Ethereum, Cardano, Solana, Binance Coin, and other top platforms?

But Dogecoin rival Shiba Inu (SHIB) is up over 30% on the day.

How will this Johnson character possibly explain that?

Also, Rob Gronkowski just retired. Stay tuned for a bunch of NFL futures odds on whether or not Tom Brady can talk the future Hall of Famer out of it for a second time.

It really makes no sense to have these two inducted in separate years, after all.