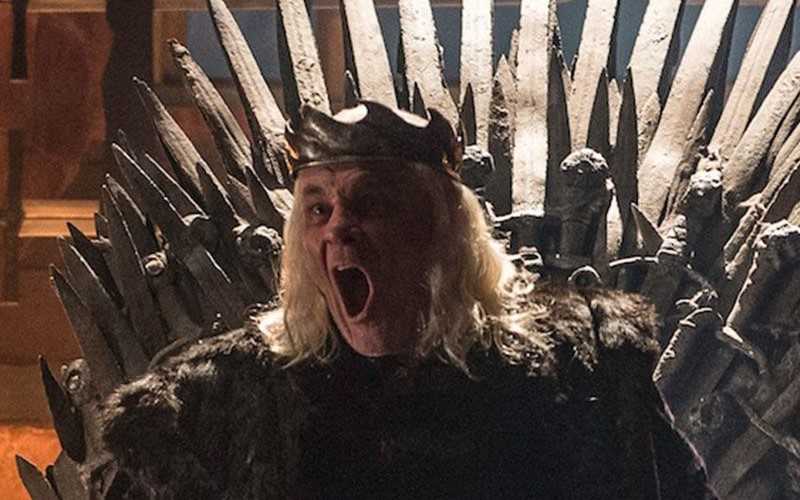 Those were some alternate titles we considered for this post. As you’ll see, they all work.

Since 2018, the legal online sports betting market in the United States has been extremely competitive.

With the fall of PASPA came a mad dash among sportsbook operators to be the first to launch in each state that successfully dragged gambling expansion across the finish line.

And that’s led to some…unexpected outcomes.

Indeed, there have been several surprises in the three and a half years since the Supreme Court overturned the Las Vegas sports betting monopoly, but none has been bigger than the ascent of DraftKings and FanDuel.

The two brands, formerly only known for being the two standout players in the nascent gray-area-dominated DFS market, came out of nowhere to virtually take over domestic sports wagering.

And they didn’t limit themselves to states with legal mobile sports betting, either.

While the online market is both brands’ bread and butter, it’s not unusual to find DraftKings and FanDuel betting kiosks and sportsbook lounges in retail casinos from coast to coast.

They’ve even partnered with tribal venues in states that have no commercial gambling venues, such as Connecticut.

So, just as DFS eventually came to be dominated by DraftKings and FanDuel, the online sports betting market appears to be headed in the same direction.

Because those two brands are vying for third place in the daily fantasy sports realm. They’re literally fighting for scraps. Remember, DraftKings and FanDuel own over 90% of the DFS market.

And that’s the plight that online sportsbook vendors like WynnBet and William Hill US find themselves in.

Nobody cares about these companies. It costs too much for such little fish to attract an audience, and the big boys have so much mindshare that nobody else stands a chance.

We’ve gone from a Vegas monopoly to a DraftKings-FanDuel duopoly (which would have been a monopoly had their 2017 merger gone through).

But maybe those problems being experienced by the likes of WynnBet et al. aren’t limited to the smaller sportsbooks, after all. At least, that seems to be the case for DraftKings.

(FanDuel may also be struggling, but we haven’t seen any indications of that. Of course, FanDuel is a private company while DraftKings is publicly traded, so we only have real by-the-minute insight regarding the latter. That said, Flutter – FanDuel’s parent company – hasn’t seen its stock fall nearly as far as DraftKings’ has over the last year.)

Anyway, it seems that DraftKings might not be making as much money – or making it as sustainably – as they thought they might on this whole legal sports betting thing.

See, sportsbooks have never been big moneymakers for casinos in Vegas. At least, not in a vacuum.

That’s because – in the entire world of gambling – sports betting carries the smallest “house edge.” In fact, there’s really no house edge at all.

The job of the sportsbook has always been to get bettors onto the casino floor with some money to burn and the fresh confidence to spark the match:

Win $500 on the Dodgers, lose it all at the roulette table, try to get everything back on one last spin, and walk out $1000 lighter.

That said, a very well-run bookmaker will see an average annual hold of about 5-7 percent.

So when you see big reports that Nevada sportsbooks cleared $140 billion in Super Bowl bets, you need to understand that that’s going to work out to an aggregate industry profit of about $8.4 million to $9.8 million.

Naturally, the bigger books will see more action and more potential profits, but they also carry more liability because they accept bigger bets.

And one bad beat can plunge an entire sports betting market into the red.

In fact, FanDuel famously lost $2 million on that one, while William Hill took a $1.2 million hit and the Westgate SuperBook went $100,000 into the red.

For sportsbooks, big upsets can be big upsets, and if they don’t closely manage the money on every side of every bet by shifting the lines with meticulous care (and overriding the algorithms when it makes sense to do so), they can lose their collective shirts.

They pass the savings on to you!

But perhaps even worse than that, what happens when a publicly traded sportsbook – like, say, DraftKings – takes it on the chin on the stock market?

Such brands are gambling in two separate markets every day of the year, and you’re dreaming if you think a bad showing on Wall Street won’t find its way into your betting line – and then into your bottom line.

That’s how you get -130 on both sides of a freaking point spread.

But, of course, that’s also just the beginning.

TL;DR: Reddit user u/PM_ME_RYE_BREAD – a DraftKings customer and sports gambling regular – made a post in the r/sportsbook subreddit this morning claiming shenanigans of the highest order.

“As I’m sure many of you know, DraftKings stock is in the shitter and they’re cracking down hard with limits.”

If you haven’t been paying attention, DraftKings stock is indeed in the toilet. We’re just not sure we actually want to “buy the dip,” as many market analysts have been suggesting over the last week or so.

And to hear the above Redditors’ account, DraftKings’ solution to this in-the-toiletry been less than well-received.

Essentially, the company is putting extreme limits on wagers.

According to some respondents on Reddit, bets that used to be capped at $1000 or more – depending on your account status – are now down to a $20 maximum.

Now, to be clear, we don’t use domestic books routinely, so we don’t know how often they reduce their max bets.

But we’re used to having limits of $2000-$4000 on our offshore NFL bets at Bovada, BetOnline, MyBookie, etc. And even though we don’t bet that much on every contest, we certainly bet a lot more than $20.

“I got limited to peanuts right after getting assigned two VIP promos and a mission involving making 4 $200 bets, none of which I was able to complete after. Support was worthless as always.”

DraftKings, in lowering its betting maximums so drastically, is also wiping out many of the active online betting bonuses it already offered to site players.

Frankly, this is all pretty disgusting, and such behavior is as big a surprise as DraftKings’ erstwhile ascent to the top of the market.

In our experience, people have the expectation that regulated domestic sportsbooks would be compelled by the law of the land to not pull such stunts.

Usually, it’s the one-off offshore books that get these kinds of reputations, and fraud like this has absolutely made it harder than necessary for legitimate international operators to attract a wider customer base over the years.

But somehow, in over 20 years of gambling online with dozens of offshore vendors, we’ve never heard of an out-and-out scam anywhere close to this.

If you’ve been thinking about joining DraftKings, maybe join FanDuel instead. They still seem to care about their players.

Actually, check that. You should save even more of your money and join one of these top-rated legal offshore sportsbooks, instead.

You have been warned.