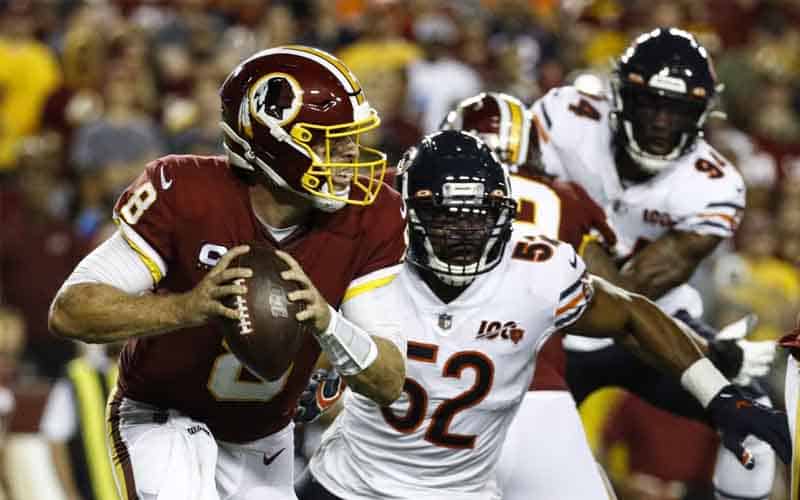 Washington DC sports betting is getting blitzed by the same team for the second time in two weeks.

And so far, officials in the nation’s capital haven’t responded to the legal pressure.

Dylan Carragher—a DC resident and mobile sports betting app developer—has asked a Superior Court judge for a temporary restraining order to halt the District’s payments to Intralot, a Greek gambling provider that was awarded a $215 million no-bid contract in July.

If the judge approves the motion, then the restraining order could block the city’s $30 million payment to Intralot that’s due to the provider on October 1, according to WTOP.

Carragher and Donald Temple—his attorney in the civil lawsuit—argue the exclusive sports betting provider deal is illegal under the city’s “Home Rule Act.”

They also claim the District Office of the Chief Financial Officer must follow the city’s procurement laws and has a responsibility to ensure all business contracts with the city receive a fair and open competitive bidding process.

“This is a motion for a temporary restraining order and that is to stop the government from continuing to act illegally in the execution of the contract in any way, whatsoever,” said Temple.

Carragher’s attorney went on to add: “If the contract is illegal, the government should not be allowed to continue to proceed, knowing that it is an illegal contract. It’s a very simple proposition.”

The DC Attorney General’s Office has yet to comment on the legal challenge brought forth by the mobile app developer.

Carranger’s request for a temporary restraining order comes after he filed a complaint on Tuesday, September 17, where he asked the DC Superior Court to find that Intralot was illegally awarded the no-bid agreement. The app developer’s initial challenge was covered in this week’s legal sports betting breakdown.

“The city needs to follow its procurement laws, certainly, and the process should be competitive and open,” said Temple last week. “That would allow not only our client, but others who own sports bars and others like that, to compete in the marketplace for what is going to be a very lucrative business opportunity.”

The DC Council’s contract with Intralot has been under fire since The Washington Post reported that the agreement would directly benefit companies who work closely with local politicians.

Elissa Silverman and other members on the DC Council have raised concerns over both the no-bid agreement with Intralot and the Veterans Services Corporation—a small business partner for the gambling provider—not properly being vetted to ensure it was indeed a small business.

“I will tell you that I found her answer to be wholly unsatisfactory,” Silverman said last week. “My concern is that Veterans Services Corporation might have misrepresented themselves as an independently owned small business.”

Silverman has since called for Intralot’s $215 million no-bid contract to be nullified, but Carragher’s civil lawsuit puts canceling the agreement on hold until the Superior Court judge makes a decision on the case brought against the District.

The DC Lottery had initially planned for legal sports betting to be ready in time for the 2019 NFL season opener at the beginning of September, but plans to launch sportsbooks in the nation’s capital have been delayed until January 2020.

Carragher’s request for a temporary restraining order is scheduled to have a hearing tomorrow morning.

If the judge hears the case and rules in favor of the local app developer, then Washington DC’s sports betting launch may have to ride the bench until further notice.