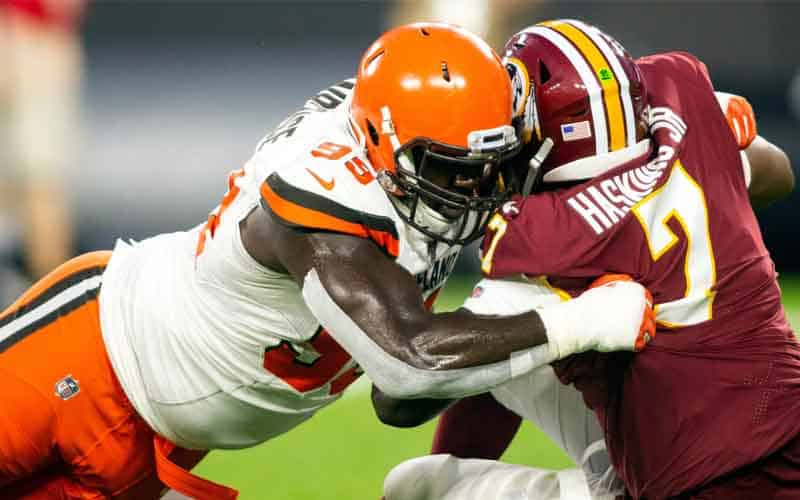 When the NFL betting season kicks off next month, the nation’s capital will be sitting on the sports betting bench.

Washington DC city officials confirmed Thursday the launch of legalized sports betting has been delayed by several weeks and won’t be ready before the start of the 2019 NFL season on September 5.

The DC Lottery, which will regulate sports wagering in the city, had planned to issue licenses for brick-and-mortar sportsbooks to approved applicants before the biggest betting season of the year begins.

However, because officials have not yet finalized the rules for operators, the start of the application process for stadiums, arenas, and local businesses has been pushed back until next month.

Part of the reason for the delay is because the DC Lottery is still setting up a regulatory framework, which all licensed operators will have to follow.

From advertising restrictions to prohibiting bets from being placed on college sporting events, officials said they are reviewing roughly 100 pages of comments and concerns from well-established gambling companies operating in the United States.

“I don’t know how long . . . that will throw off the launch,” Beth Bresnahan, executive director of the DC Lottery, told the Washington Post. “But it’s important to know that we want to ensure we are responding to comments and concerns.”

Once officials begin accepting applications to run a sportsbook in the District, candidates who partner with established sports betting companies, such as FanDuel or DraftKings, will need to wait 30-45 days after submission for approval of a provisional license.

Approval for a standard license applicant, without a partnership, will take anywhere from 3-6 months.

If the DC Lottery begins accepting applications next month, then approved brick-and-mortar sportsbooks with a provisional license could begin accepting wagers in October at the earliest under the new timeline.

Officials told WTOP they want to ensure that the rules for sports betting in the nation’s capital are up to industry standards, so there is a sustainable model in place for licensed operators, adding that the DC Lottery is “committed to establishing a solid regulatory framework that fosters public confidence and trust in the integrity of sports wagering operations in the DC.”

When the US Supreme Court lifted the federal ban on sports betting with its May 2018 decision to repeal PASPA, all states were granted the right to join Nevada in legalizing the act of gambling on sports.

The DC Council voted in favor of legalizing sports betting when it passed the “Sports Wagering Lottery Amendment Act of 2018” in December. Mayor Muriel Bowser signed the legislation into law in January.

Because the city is not home to a casino — or any gambling establishments — stadiums, arenas, bars, restaurants, and other similar businesses are eligible for a brick-and-mortar sportsbook license. Businesses within a two-block radius of a sports venue are not eligible.

The law also legalized online and mobile sports wagering, and the DC Lottery will be the sole provider of the District’s Internet and app-based sportsbook, which will be accessible anywhere inside the city limits except in prohibited federal areas.

Concerns have been raised over whether the law creates an unfair monopoly for the DC Lottery in the rapidly growing online and mobile betting market, which has been by far the more popular wagering method in states where it’s legal. In June, 83% of all wagers placed in New Jersey came from smartphones, tablets, and computers.

But the controversies surrounding the control over District’s newly legalized gambling market don’t stop there.

Not holding any sort of competitive bidding process raised a number of red flags, and before the deal was finalized, it was discovered that the agreement would essentially only benefit companies with ties to local politicians, which sparked outrage from US-based sportsbooks and the sports betting news media.

Despite the backlash over the anti-consumer contract with Intralot, the DC Lottery forged ahead and finalized the deal days later. Its online and mobile sports platform is expected to launch in January 2020.