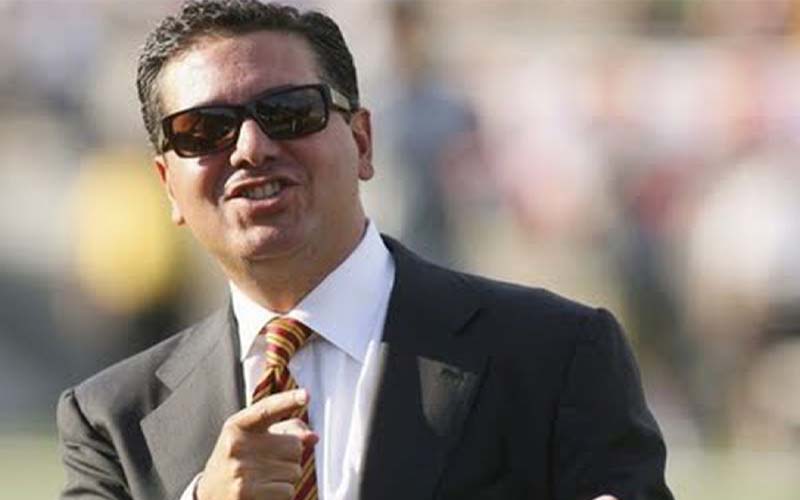 Washington Redskins owner Daniel Snyder plans to have a sportsbook in the future stadium of the franchise—one way or another.

And where exactly the Redskins play home games may come down to whether a state makes sports betting legal sooner rather than later.

Located in Landover, Maryland, FedEx Field is currently the home stadium for the Redskins. With the lease expiring in 2027, Synder is already making plans to build a new domed stadium that could potentially house offices, training facilities, hotels, and of course, a sportsbook.

Synder met with lawmakers from the state on Tuesday, January 21, and urged them to legalize sports betting in Maryland so his future Redskins stadium can accept wagers on sporting events.

According to the Washington Post, Synder met with state legislative leaders, and people in attendance said the Redskins owner could only keep the franchise in Maryland on the condition that he is authorized to offer a licensed and regulated sportsbook in the new stadium.

Synder has openly stated he’d prefer to build a new stadium at the franchise’s old location in the nation’s capital. DC sports betting is already legal and is expected to launch sportsbooks in the city’s stadium and arena sometime this year.

However, the federal government now owns the property of the Redskins former home, RFK Stadium, and the District has been unable to regain control of the land.

Along with discussing plans with state Senate leaders, Synder also met with House leaders, who’ve filed a proposal to bring legal sports betting to the state.

The bill’s sponsor pre-filed sports betting legislation for Maryland before the 2020 legislative session, and there are expected to be more proposals presented throughout the year.

If a sports betting bill is passed, then an amendment to the state constitution is required to expand gambling in any way, meaning voters would decide on a ballot referendum during the 2020 general election.

Because Virginia is also considering both the legalization of sports betting and casino gambling, Snyder appears to be using the neighboring state as potential leverage to get the ball rolling on the legislative process.

According to a delegate at the meeting who wished to remain anonymous when speaking to The Post, Snyder reportedly made a “veiled threat” to build the new stadium in Virginia if Maryland doesn’t allow him to run a sportsbook.

Snyder “does see [sports betting] as part of his vision if he is to remain in Maryland,” the lawmaker said. “He is willing to build his own stadium, but he wants sports betting to be a part of that.”

The lawmaker said Snyder made a “veiled threat” to go to Virginia if he does not get a license.

“It wasn’t too high-pressured,” the lawmaker said of the discussion. “Most of the people in the room were Ravens fans, so it sort of fell on deaf ears.”

Another attendee summed up the Redskins owner’s message as: “If you don’t give it, I’m leaving. If you give it, maybe I’ll stay.”

While some in Maryland may be glad to see the Reskins leave due to the team frequently underperforming since Snyder bought the team for $800 million in 1999, the value of the franchise has more than quadrupled over the past two decades.

According to Forbes, the Redskins are now worth $3.4 billion. If they left Maryland, then the state budget, and the regional economy, would likely lose hundreds of millions of dollars annually should Snyder decide to move to DC or Virginia.

When looking at what Snyder is asking for, legalizing sports betting appears to be a small price to pay—one that would generate even more tax revenue for the state budget—in exchange for keeping a multi-billion dollar sports franchise in Maryland.